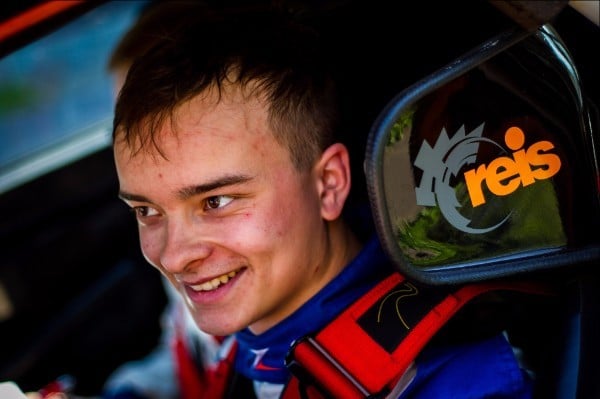 The 2017 DMACK Fiesta ST Trophy champion Sam Bilham will make his first outing since winning the title, taking to the wheel of a Vauxhall ADAM Cup for Rally North Wales (24th March).

Bilham, who has been out of action since taking the title thanks to selling his car, has been offered the use of the Vauxhall for the Dolgellau based event and will be supported by Mechanical Solutions for the outing. He will be co-driven by F1000 Junior contender Eddie Lewis.

The 21-year old from Bingley has long been an ambassador for the F1000 Junior series for 14-17 year olds and after graduating from the championship in 2014, has sought to assist in the progression of youngsters into the sport. Bilham has agreed to co-drive for Lewis on selected events in 2018 and was offered the use of a newly acquired Adam Cup by Eddie’s father, Nigel.

Bilham took charge of the single make Fiesta series in 2017, winning five of the rounds of the six contested but since selling the car in the latter part of the year, has been seeking a budget to take the next step of his career.

He is excited by the opportunity ahead, after admitting an outing behind the wheel this season was looking unlikely due to saving funds for a new machine.

“This really is a fantastic chance to get acclimatised to something more up to date than the old Fiesta ST and I’m very grateful to Nigel (Lewis) for this amazing offer” says Bilham.

“The Fiesta was proven of course, but the Adam Cup has a fully sequential gearbox and whilst it may be lower powered than the ST, it should be a great way to ease my way into one. Ultimately, an R2 car is where I want to be but we don’t have the budget for that at the moment. So I plan on enjoying the experience and learn as I go.”

Whilst the outing is a one off, he hopes it will ensure he can hit the ground running if he acquires a R2 spec machine in the future.

“The Adam Cup is a great little car and they use them in Europe in a single make series. There isn’t that much between the Cup and a full blown R2 so it will give me a good idea of what lies ahead. I know I have the pace, I proved that last year but the leap into say the British Championship is just too great budget wise. I`d really like to contest the Rally2 championship as it offers a great mix of events plus some night stages too. So for now, I’m heading out to enjoy this and see where it leads”.