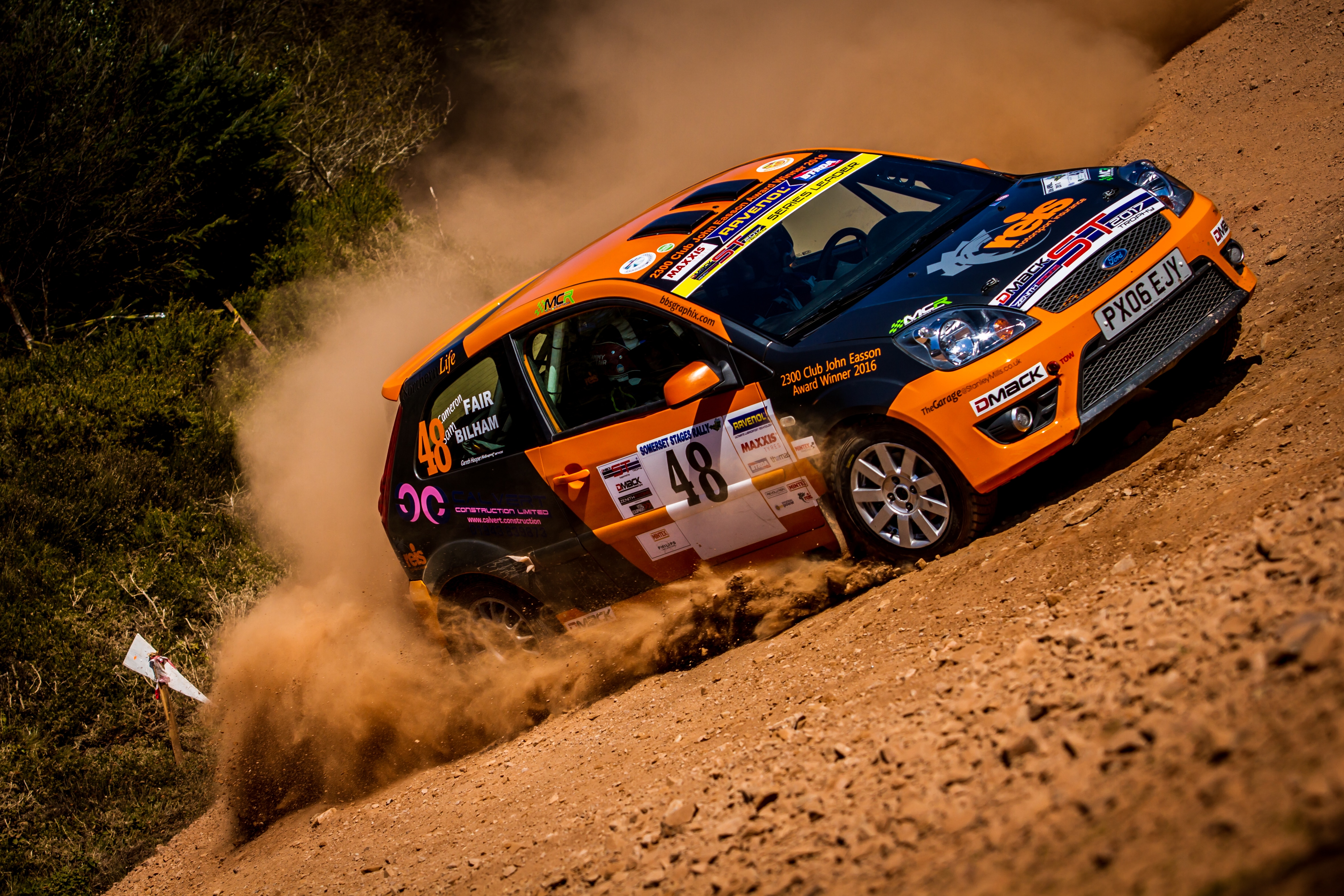 DMACK Fiesta ST Trophy contender Sam Bilham lies just one podium result away from clinching the title as the series heads to Wales for the Nicky Grist Stages on Saturday 8th July.

Bilham and co-driver Cameron Fair have enjoyed the top step of the podium at every round so far this season and in only his second season behind the wheel of the Fiesta, Bilham is on course to take the win he so narrowly missed out on in 2016.

The Fiesta ST Trophy is quickly becoming the most popular single make rally series in the UK and with up to 10 competitors vying for honours at the all-gravel events, the pace is increasing with every round.  Bilham has never strayed far from the number one slot all season and has picked up maximum scores at each round contested. This means the title could be decided in Builth Wells this weekend.

“It has been pretty much a fairy tale season so far for Cameron and I but we really can’t take anything for granted this weekend,” says Bilham.  “The competition is that close out there, a puncture or a spin can throw you right down the order so we really need to keep at the top of our game.  Of course, it’s hard not to think about the title but at the same time, we still need to get a podium and that is not a sure bet by any means”.

His approach to the weekend won’t be any different to the others in the season.

“I need to take this rally as it comes and not get too wrapped up in points and titles.  I`ll keep my head down and get on with it and try and stay out of trouble. I`ll see where we are during the day and make a decision based on that whether to push or back off, just like I have done in all the other rounds.”

Bilham also has the BTRDA Class N3 as well as the Junior Award within his grasp this weekend.  He also sits third in the two wheel drive Silver Star category and Group N Production Cup.

The Nicky Grist Stages takes place over 42 stage miles of classic welsh forests such as Crychan and Halfway and is based in Builth Wells in Wales.