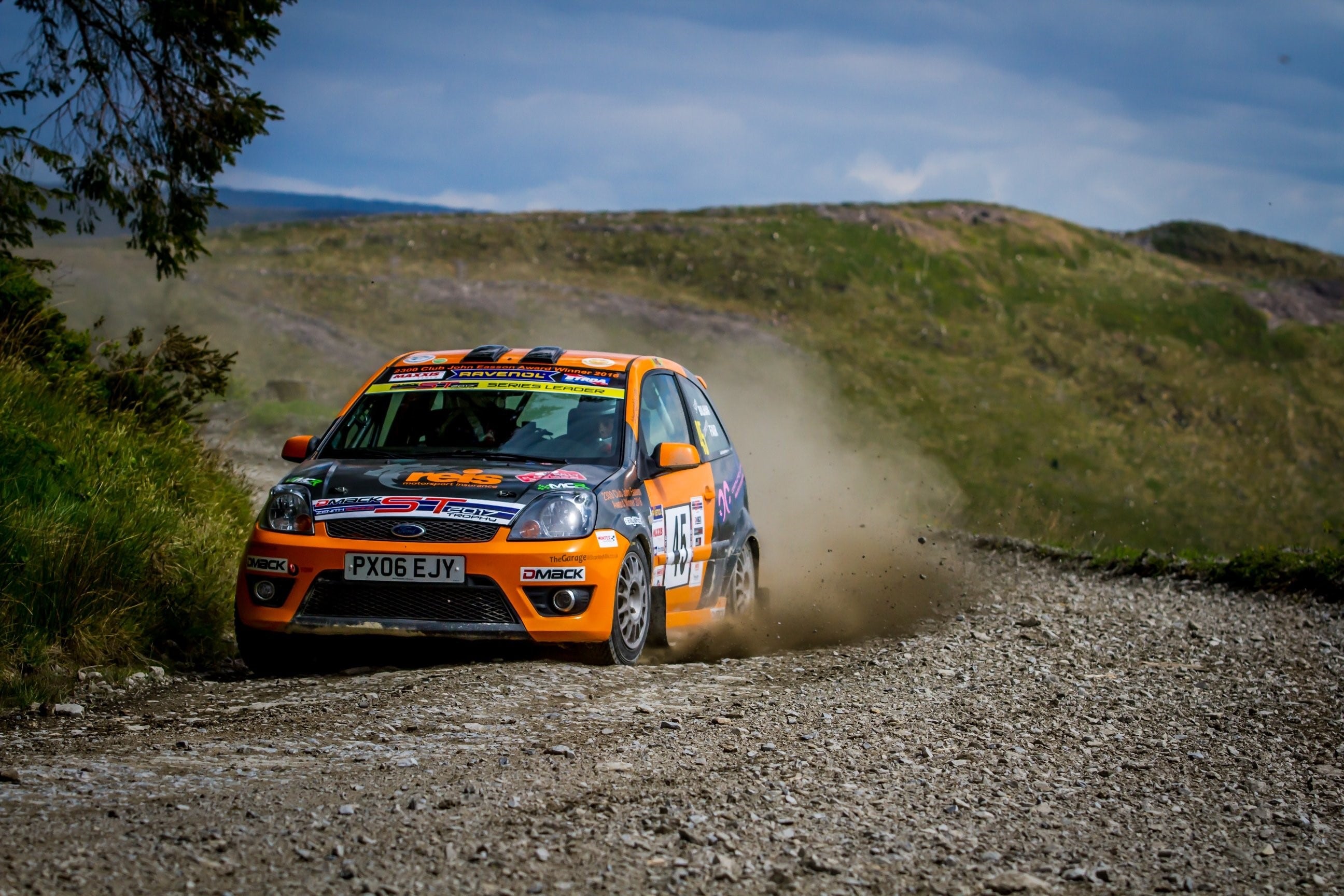 Sam Bilham endured a tough return to the 2017 DMACK Fiesta ST Trophy with engine issues forcing the current champion out of contention for a home win on Trackrod Rally Yorkshire (30th September).

But a fifth-place category finish was enough to add another title to his name, securing the Ravenol BTRDA Rally Series Junior Driver Award at the event.

The 2300 Club John Easson Award winner had already wrapped up the hotly contested single make championship title back in July but headed back out for his home rally in the Yorkshire forests without the pressures of a title to contend with. Partnered once again by Cameron Fair, the duo were looking forward to a rather more relaxed day in the super-fast Dalby stages.

It’s been a dream season for the Fiesta pilot, winning every round of the series he has contested so far. With the season drawing to a close, Bilham was eager to end on a high before finalising his 2018 plans.

Bilham kicked off the event with a second fastest time on the opening Langdale test, just four seconds adrift of the leading crew. But his hard work would be undone on stage two as the usually reliable Fiesta developed a misfire and he was forced to limp through the following test at a walking pace, losing almost five minutes in the process.

Back in service, the team were able to trace the issue and duly affected a repair to bring the Championship winning Fiesta back to full health. Bilham was then able to make his charge back up the leaderboard. Setting a class fastest time on his way from seventh to fifth; his result was enough to win the Junior Driver award to add to his already secured Fiesta and Class N3 titles in 2017.

“It’s a bit of a shame we couldn’t have rounded the year off in style but to be fair we have had a pretty much perfect year so I can’t complain,” said Bilham. “The guys were great in sorting the problem for us and getting us back up and running. It was a nice experience to enjoy the stages without any pressures of a title to go for. It’s not often you can do that when chasing a championship. We didn’t take any risks at all and still managed a fastest time over the last loop which is nice to take away from the weekend.”

Bilham will now look ahead to the closed season to weigh up his options for 2018.

“As I said before the rally, we are looking at all options available to us for next year. We have a budget shortfall to be able to step up into the British Championship so will need to look at how best to use our Fiesta ST Trophy prize drive. We will just have to wait and see what happens now”.