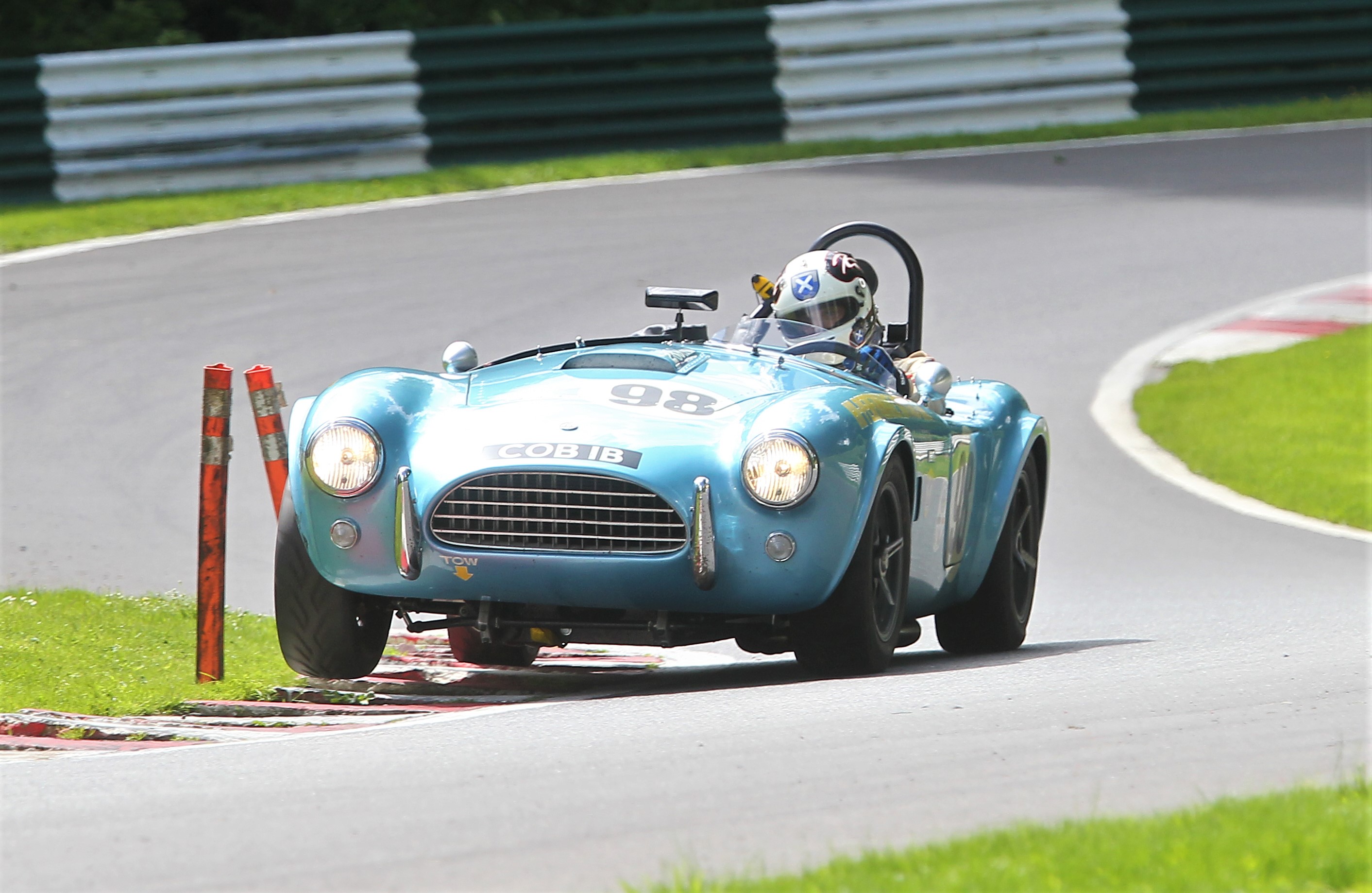 Motorsport enthusiasts will be welcomed to the 2020 Reis Race Retro by Kevin ‘KeKi’ Kivlochan’s stunning racing Cobra. Not only does this competition car boast a fascinating place in the history of the model but it has notched up amazing success in the 2019 HSCC Historic Road Sports Championship.

Known in Cobra circles as ‘The FoMoCo Blue Demo’, chassis number CSX 2360 was delivered to Lew Spencer’s Hi-Performance Motors in Los Angeles on 29 January 1965. Intended as a demonstrator, potential customers would be treated to some very exciting test drives courtesy of Peter Brock, designer of the Daytona Cobra and split-screen Chevrolet Corvette. Having spent around ten years in America, the car came to the UK where it has remained ever since.

Its current owner began racing in 1992 with a 1966 Shelby GT350 Mustang and has since owned and campaigned a number of well-known Cobras, including COB 6008 driven by Jack Sears. Kevin acquired CSX 2360 in June 2018, describing it as a beautiful road car but one that was in no way ready for racing. In fact, the previous owner covered just 300 miles in eighteen years with the car.

Kevin’s plan was for competition, though, and the Cobra was despatched to RW Racing Services in Northamptonshire for preparation. The results speak for themselves. He raced his Morgan Plus 8 in the first round of the 2019 Championship at Donington Park, but with the Cobra ready for Round 2 at Snetterton, it was the beginning of a dominant season. That first double-header race resulted in pole position, two wins and two fastest laps.

It set the tone for an amazing season. Of the fourteen races contested – there were rounds at a number of UK circuits as well as Spa – Kevin would win all of them, along the way claiming twelve pole positions and 14 fastest laps. Just for good measure, he would set a new lap record at the Silverstone Finals held in October.

“The car was supremely reliable throughout the season, which is a real testament to the careful preparation” says Kevin. “I found it much more physical to drive than the Morgan, and there was certainly extra pressure towards the end of the season as people expected me to win, but I never imagined the Cobra would be this successful straight out of the box.”

Thanks to Carroll Shelby, the Cobra is already steeped in automotive folklore, but this particular example is truly special. And having proved such a successful winner on track, it is guaranteed plenty of interest at this year’s Reis Race Retro.

Tickets are now on sale for the show, held from February 21-23 2020 at Stoneleigh Park, Warwickshire, with free parking for all visitors. For the latest updates and ticket information, visit www.raceretro.com.