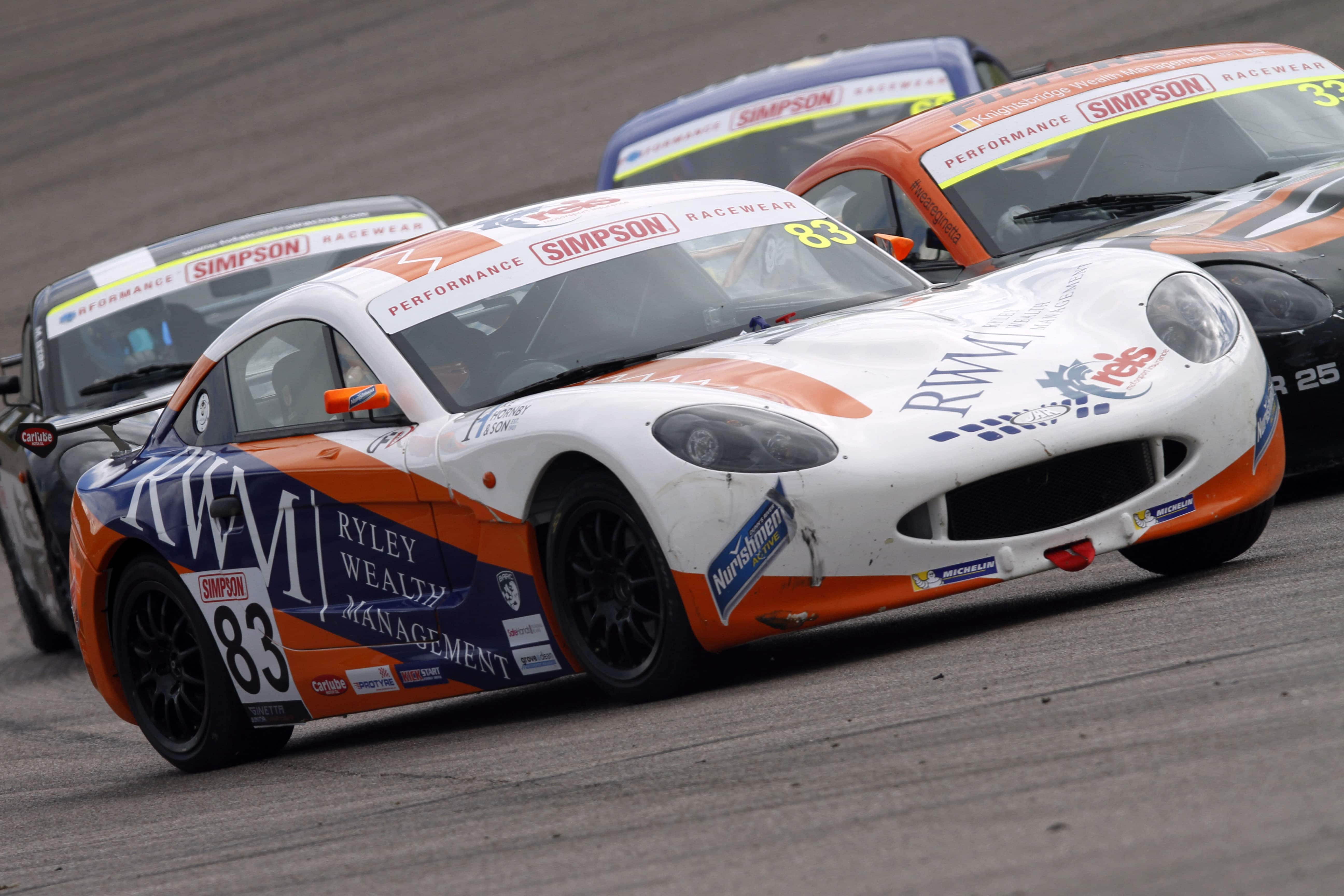 Things were looking promising for Kyle Hornby ahead of the Rockingham meet when he posted the third fastest time in mid-week testing. However, due to the illusive slip stream which Ginettas rely on so heavily, Hornby qualified 12th for race one on Saturday 27th August.

Off the grid in race one, Hornby made one of his demon starts and was with the fighting pack by turn two, only to be pushed wide. Holding his position firmly, he was soon back up to 9th, finishing the race in 8th position.

The weather was bleak and owing to torrential rain, accompanied by thunder, lightning and even a mini tornado, race two was postponed until Sunday morning when the crowd witnessed another great start from Hornby. Keeping up with the leading bunch, Hornby experienced a case of déjà vu as he was pushed wide, this time by his nemesis Wooder followed by Harper, which forced the young driver in to a spin and meant he dropped to the back of the field. Never one to give up, Hornby fought back, eventually ending 12th.

Starting in 12th position for the second time that weekend, and for the final race of the day, Hornby couldn’t quite match the same result achieved in race one. On the last lap, he came off worst when he was tackled by five cars and decided to adopt a damage limitation approach, finishing in 14th but with a car in one piece!