What are the dos and don’ts of modifying my car? 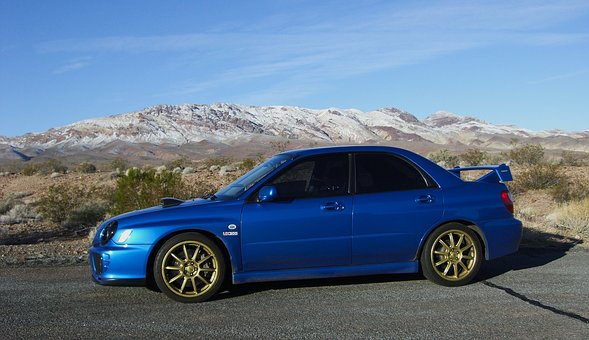 If you’re thinking about making changes to your vehicle by modifying its engine, interior or bodywork, there are a number of things you need to understand.

The process of car modification is complex. It’s made even more baffling by the laws involved and the impact that making alterations can have on your car insurance.

That is why we’ve created this detailed guide, to help you understand what to do and what not to do when making car modifications.

We’ll also cover some of the most important technical information you need to know about, as making some modification may require the help of professionals.

It’s critical that you understand all of the key points so you can make the right decisions, such as getting the right modified car insurance that certain mods require.

Reis offers specialised insurance for cars that have been modified but there are still some modifications that the cover will not protect against, as they will be illegal. So before you take out any kind of cover, which you can read more about by clicking here, make sure to read all of the dos and don’ts below thoroughly.

DO – make sure you know what a car modification is

There are a huge number of modifications you can make to a car, as there are literally hundreds of different parts in the engine and throughout the rest of the vehicle that could be changed.

Any kind of modification can be classified as altering something on the car that is not part of the manufacturer’s specification.

But that doesn’t mean that your vehicle will be getting modified when it’s repaired.

For example, Valeo is a company that makes clutch parts for one-third of cars manufactured in the world and they will be fitted into thousands of cars at manufacturer plants all over the world.

So, a Ford Focus may have the exact same clutch parts as an Alfa Romeo or a SEAT Leon. That’s why a mechanic will be able to use the same part to repair a huge number of cars.

But, for example, if your car has a Valeo clutch and a mechanic decides to fit a LUK clutch, it will not be classed as a car modification, even though it’s a different brand making the part.

This is because the performance will be similar with the only difference being how long it potentially lasts.

However, if you were to buy a performance clutch, which has been specially designed to improve and alter the way your car drives, that would be classified as a car modification which may impact your car insurance.

This distinction is very important to understand as you might think that your car doesn’t need specialist insurance when, in fact, you may be driving around with invalidated cover and be liable for the cost of repair if you have an accident.

This goes for almost every kind of change you could make on a car so unless the part is a like-for-like replacement, it’s effectively a car modification.

You may think that you could adjust the vehicle with something minor, like getting a chrome engine oil filter but an insurance company could still class this as a modification, which could affect a claim if you haven’t declared it.

If you’re still unsure, here is a list of changes that could prevent you from being covered by standard car insurance: 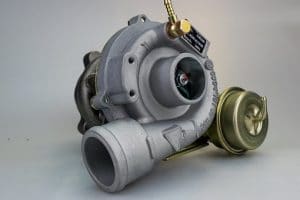 These are all legal modifications, however, for a more detailed analysis on their specific legal implications, check out our dedicated article on car modification laws in the UK by clicking here.

DON’T – make a car modification yourself

If you’re intent on making a car modification and are asking yourself ‘can I modify my car?’ think again. You need to have the right modified car insurance for starters, but it’s just as important to have the right mechanic to carry out the work instead of doing it yourself.

Even though you might think your mechanical skills are up to scratch, the risk isn’t worth it if you’re making changes to your car’s engine or to some of its key components.

Unfortunately, there are some mechanics out there who don’t perform as well as they should when carrying out car repairs. However, the majority complete work to an extremely high standard and understand how important it is to do a job properly.

For example, if you chose to change the brakes on your car for a high-performance set and you don’t fit them properly, you’ll be putting your own life, and the lives of others, at risk.

This is more important than anything so even though some modifications might be expensive to carry out, it’s critical to get a professional to do the work.

There are some modifications you could make yourself that are a little safer to carry out. These kinds of mods could consist of in-car entertainment and changing your car’s paintwork, though painting a car is still difficult, time-consuming, complex work.

DO – get specialist car modification insurance

If you’re going to get a car modification, or if you already have one, you have to tell your insurance provider about it in order for them to check if it affects your policy.

Some modifications will have a bigger impact on your insurance premiums than others. Insurance providers generally use two key areas when they’re assessing how much your modified car insurance will be – the risk of accident and the risk of theft. If your mods make your car much faster and perform much better than standard, or they make it much more desirable to other people, then they will likely have an impact on the price you pay.

Here at Reis, we know that there are thousands of responsible people out there who simply want to improve the appearance and performance of their cars without pretending to be Vin Diesel.

Furthermore, if you enjoy visiting the track with your pride and joy, we’ll also cover you for your time there, while also offering breakdown cover if something goes wrong. See what other benefits are included in our specialist car insurance products here.

DON’T – have any of these car modifications made

Although there are a great many things you can do legally to modify and enhance your car, there are some mods that are illegal in the UK and that’s why you need to avoid having any of the ones covered in this section.

So, if you’re wondering ‘what car mods are illegal in the UK?’ here is your answer.

If you have neon lights fitted to the bottom of your car or in the interior, they will be illegal if they are exposed in any way.

This is because they are distracting to other drivers on the road. However, if the neon light is hidden and it’s simply the glow of the light that can be seen, you should be safe.

As there are lots of rules surrounding the legality of neon lights on cars, it’s best to check your particular lights against The Road Vehicles Lighting Regulations 1989 to make sure you’re not falling foul of any laws.

Tinted windows that are too dark 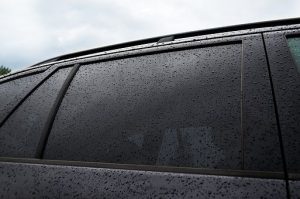 You’re allowed to have tinted windows installed on your car at the side and rear however, if they are too dark, the police will pull you over and carry out a test on how much light can pass through the window.

Their special equipment will be able to detect whether the window is too dark, and if this is the case, you will be ordered to remove the windows before the car is allowed back on the road. Wondering what the limit is? Have a look on the Government’s website here. For vehicles used on 1st April 1985 or later for example, ‘the front windscreen must let at least 75% of light through and the front side windows must let at least 70% of light through.’

The reason that tinted windows are illegal is that if they are too dark they will impede the vision of a driver on the road. Some experts have claimed if the windows in a vehicle are too dark, there is potential for incidents to occur.

Not a lot of people will know what a DPF is until they need a new one because a replacement can cost over £2,000.

Almost every diesel car is fitted with a DPF as the part is responsible for preventing dangerous particles from getting from the car engine, out of the exhaust and into the air.

However, it’s possible for a car to run without the part, meaning that all of the most dangerous particles and fumes simply go through a pipe and into the air, which would be highly toxic.

It has been widely reported that some mechanics will offer drivers the option to remove the part and then simply put a pipe in its place instead of ordering a new part and fitting it.

This is because it saves thousands of pounds.

However, if removed, your insurance is likely to rocket while you may also be liable for causing harm to others as a result of driving around in a dangerous car.

DO – get as much information as possible

We’ve covered a lot already but there’s still some information you might want to know, like are you allowed to modify a car on hire purchase? Or, what does tuning a truck do?

According to the Money Advice Service, you can’t sell or modify a car during a hire purchase contract term without first getting permission from the finance company itself. The same rules apply for a lease car – it’s always best to check before expensive modifications that you’re not allowed to make under your agreement.

The second answer is if you are thinking about tuning a truck, many of the same rules and regulations are the same as tuning a car. However, it does depend on the size of the truck and the type of modification.

There may be a lot of information in this article, but it’s important that you pay attention to all of it, because it can save you a huge amount of time and money if you are planning to make modifications to your car.

If you have already made the amendments and are looking for modified car insurance, then you already know that we could have a plan for you, which you can access by clicking here.

Our team would be delighted to get to know you and your car. We’re motoring enthusiasts here at Reis, so you can rest assured we’ll know what you’ll be talking about if you mention that you want to change your exhaust manifold or tune your ECU to boost airflow.

Once we have all of the relevant information, we’ll be able to provide a bespoke quote that will include the offer of a range of added benefits such as breakdown cover on the road when you’re out and about.

Finally, try to remember that your safety is the number one priority when making an alteration to a car, and you should always use a professional to carry out the work.

For more information on car modifications click here or visit Reis today to get a bespoke quote for your modified vehicle.