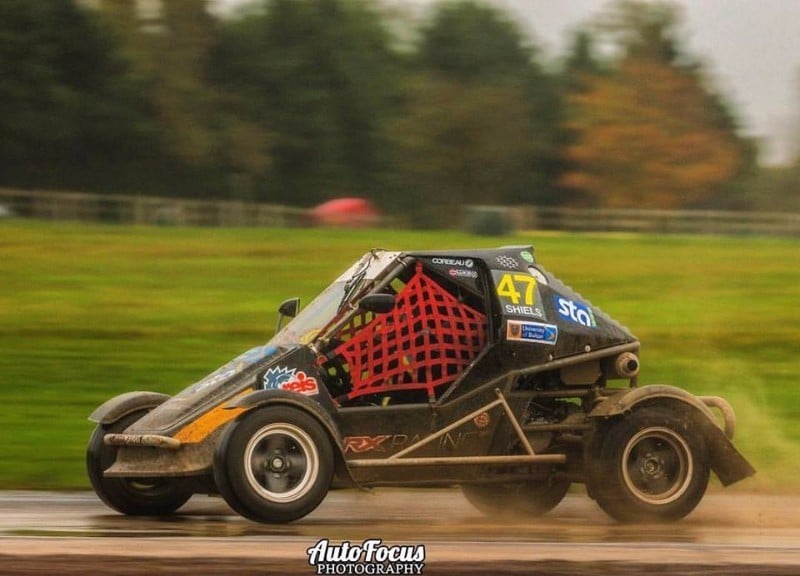 University of Bolton engineering student, Georgia Shiels, has taken home a very impressive 4th place in her first ever season in British rallycross. The RX150 Championship is arguably one of the most competitive classes in the British Rallycross Championship.

Shiels’ race at Croft Race Circuit on Sunday began with a small crash into the tyres in free practice due to slippy conditions which were catching out even the most experienced drivers. However, Georgia quickly recovered managing to finish 5th in Q2 while storm Brian took its toll, making visibility almost impossible in some sections of the track.

“This was my first experience of crashing in rallycross and I think it’s so important to come back faster and braver, but in the right places of course! I put it behind me and focused on keeping my driving smooth in the difficult conditions as I struggled for grip. It was a great learning curve but I’m looking forward to coming out next year and winning that trophy.”

Georgia was in grid position 5th for the final. The lights went green and Georgia’s buggy jumped out of gear costing her precious time. She quickly made her way from 8th to finish in a competitive 5th place against former rallycross champions.

“This year has been such a huge learning curve and I can’t believe the championship is over for 2017. I’ve loved every minute of it… even the disheartening parts which have motivated me even more to go out there and win next year! I’m excited to start testing over the winter and get some much-needed seat time. Thank you so much to all of my sponsors for their support in my career and I know that this is just the beginning.”