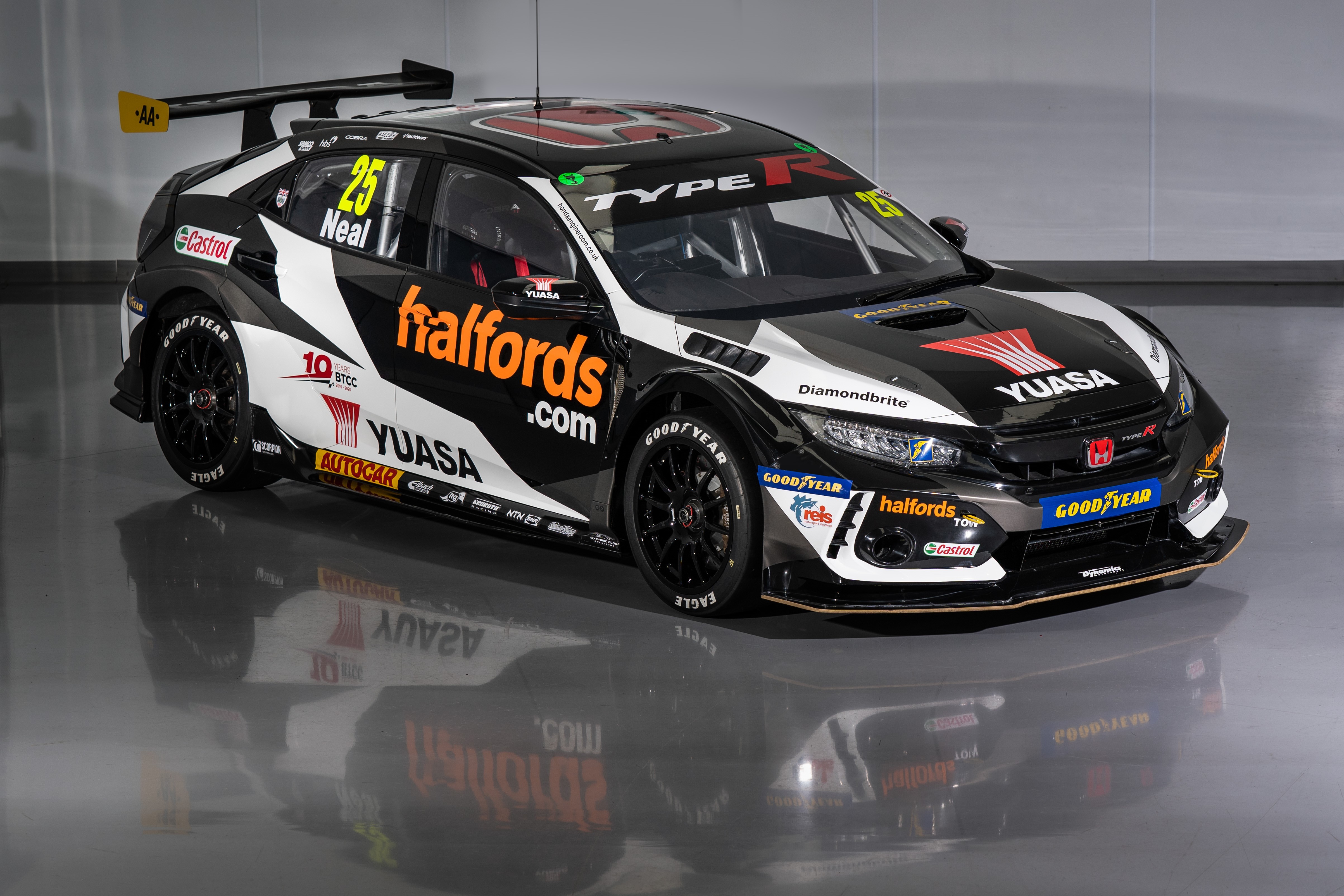 Halfords Yuasa Racing has today revealed the 2020 version of its Honda Civic Type R that will race in the British Touring Car Championship.

The newly-liveried Honda Civic Type R FK8 was unveiled at Halfords Yuasa Racing’s Droitwich headquarters, whilst the team took a brief break from an intensive pre-season test and development programme.

Honda drivers Dan Cammish and Matt Neal are determined to go one better in 2020 after a highly competitive 2019 season, in which Cammish took two race wins and came within a lap of winning the BTCC drivers’ title at the final round.

Pre-season preparations for the team were briefly disrupted by an unfortunate accident suffered by triple-champion Matt Neal in January while he was mountain-bike training, putting the veteran BTCC driver in hospital for a few days.

While Matt recovered the team was able to call upon a very able substitute to carry out his testing duties – Gordon ‘Flash’ Shedden, who in eight seasons with the official Honda team secured three BTCC titles.

Flash has put in essential development mileage before Matt was able to resume running in March.

In a change to recent years the 2020 BTCC season will kick off at Donington Park on 29th March. Dan and Matt are raring to go and determined to be at the front of what could be the most competitive season yet.

“I know that the team has worked very hard over the winter to ensure the latest evolution of the Honda Civic Type R goes as well as it looks.”

“With our talented duo of Matt Neal and Dan Cammish at the wheel, and Dan having come so close to the title last season, we are optimistic of another excellent season in the BTCC.”

“My season hasn’t started off in the best of sorts with my shunt earlier in the year, but I’ve been progressing well – I jumped in this season’s Honda Civic Type R last week for the first time and managed to put a significant amount of laps under my belt.”

“2020 is a special year for me as I reach my 30th season in the Championship – I know I still have the pace and with Dan I feel we have a pretty awesome team of old heads and young talent.”

“Personally, I’ll be gunning for my fourth title, but first we need to get the Team and Manufacturer championships wrapped up for our sponsors!”

“The car looks great and we’ve enjoyed some excellent development over the winter, while my new two-year contract with the team gave me a huge boost.”

“I’m going into 2020 with the same attitude as 2019 – I want to do the best job I possibly can. I so nearly won the championship last year so I know I have what it takes.”

“We’re delighted to be part of this season’s biggest motorsport championship again. We can’t wait to see Dan Cammish and Matt Neal compete at the front of the grid in the orange and black, while our new BTCC Apprentice Of The Year Jackie Hardy will be an integral part of the technical team helping them keep on track and lay down the gauntlet this year.”

“The car looks amazing in this new livery and we are proud to be sponsoring the team again in what will be our 10th anniversary in partnership with Team Dynamics.”

“Over that time we have seen the team go from strength to strength securing four drivers’ titles and four team and manufacturer titles. We are really looking forward to the season ahead and winning some further silverware!”

Rounds 1-3 of the British Touring Car Championship are scheduled to take place at Donington Park, Leicestershire on Sunday 29th March.