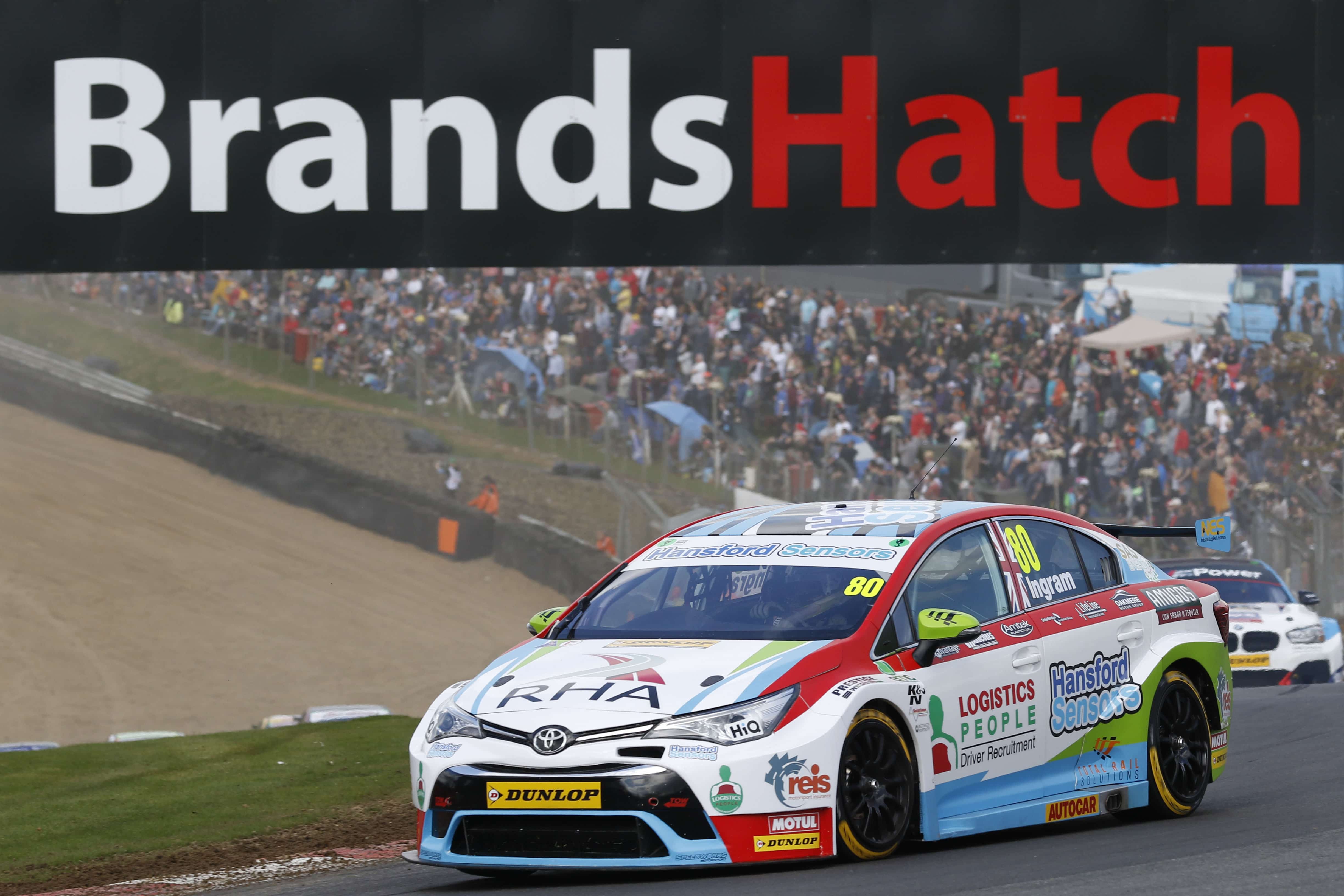 Reis Motorsport Insurance supported BTCC ace Tom Ingram won the opening round of the 2017 Dunlop MSA British Touring Car Championship this weekend and recorded a further podium in round two of the series. The Speedworks Motorsport driver’s performance at Brands Hatch during the weekend means he now heads to Donnington Park in an impressive second spot in the BTCC Drivers Championship, 1 point off the top spot.

After dominating much of the pre-season test sessions, Ingram headed to the opening round of the championship at Brands Hatch in confident mood as the Speedworks Avensis was a regular sight at the top of the time sheets during the closed season.

As the scene of his inaugural BTCC win in 2016, the Kent circuit would always hold fond memories for Ingram and the signs were all pointing to a repeat of that success after the two practise sessions on Saturday. Going quickest in both sessions, the Toyota appeared at home on the Indy Circuit despite Ingram’s heavy cold and loss of voice.

Qualifying was a mixed affair however due to several stoppages and freak rain showers which mixed the field. But an early and solid time from Ingram before the rain came, saw him line up in second spot on the grid for the season opener.

Cold aside, Ingram was more than ready to get his season underway but his lack of voice made for a quieter than normal ITV4 interview. But as the lights went green, Ingram found the ideal start to move ahead of pole sitter Jeff Smith on the very first corner and Ingram would never relinquish the lead for the remainder of the 27 laps.  His win marked the third in his career and for the second season in a row, he led the BTCC standings and Independent Trophy after Round 1 of the series.

But winning the opening race has its downsides, and 75kg of success ballast aboard the Avensis would undoubtedly hamper progress for Ingram in race two. A glitch in the Toyota’s system meant he had a fluffed warm up lap but the team had a chance to get to work on the grid when the race was halted after the pit straight thanks to Jason Plato’s Subaru firing into the pit wall.

The restart was perhaps less stressful for Ingram and he maintained his P1 spot until lap 3 when the charging and lightweight Honda of Gordon Shedden took the place away. Rob Collard was the next to gain a place at Ingram’s misfortune but with last year’s round 2 non-finish at the back of his mind, a mature approach was needed to ensure a decent points haul was collected. A confident and defensive remainder of the race followed to finish on the final step of the podium, taking his second Independent win of the day.

There is only ever one winner in the reverse grid draw and Ingram would not be fortunate for the final race, lining up sixth. Sporting the soft tyre option and 57kg of success ballast, it would be a tough call to be in the mix at the end of the 24 laps. Sure enough, Ingram would suffer almost straight away loosing out to those with the harder rubber and dropping to seventh on lap one. As the tyres began to lose their edge, Ingram had to battle to keep his place and by lap seven, a nudge into the gravel by Matt Neal’s Honda did him no favours.

But Ingram fought on regardless and a mature drive over the closing laps meant he finished the final race of the day in 11th spot.

Ingram’s successful weekend means he not only heads to round four in second place in the series, but he also occupies second in the Independents Trophy. Speedworks Motorsport take third in the BTCC Teams Championship.