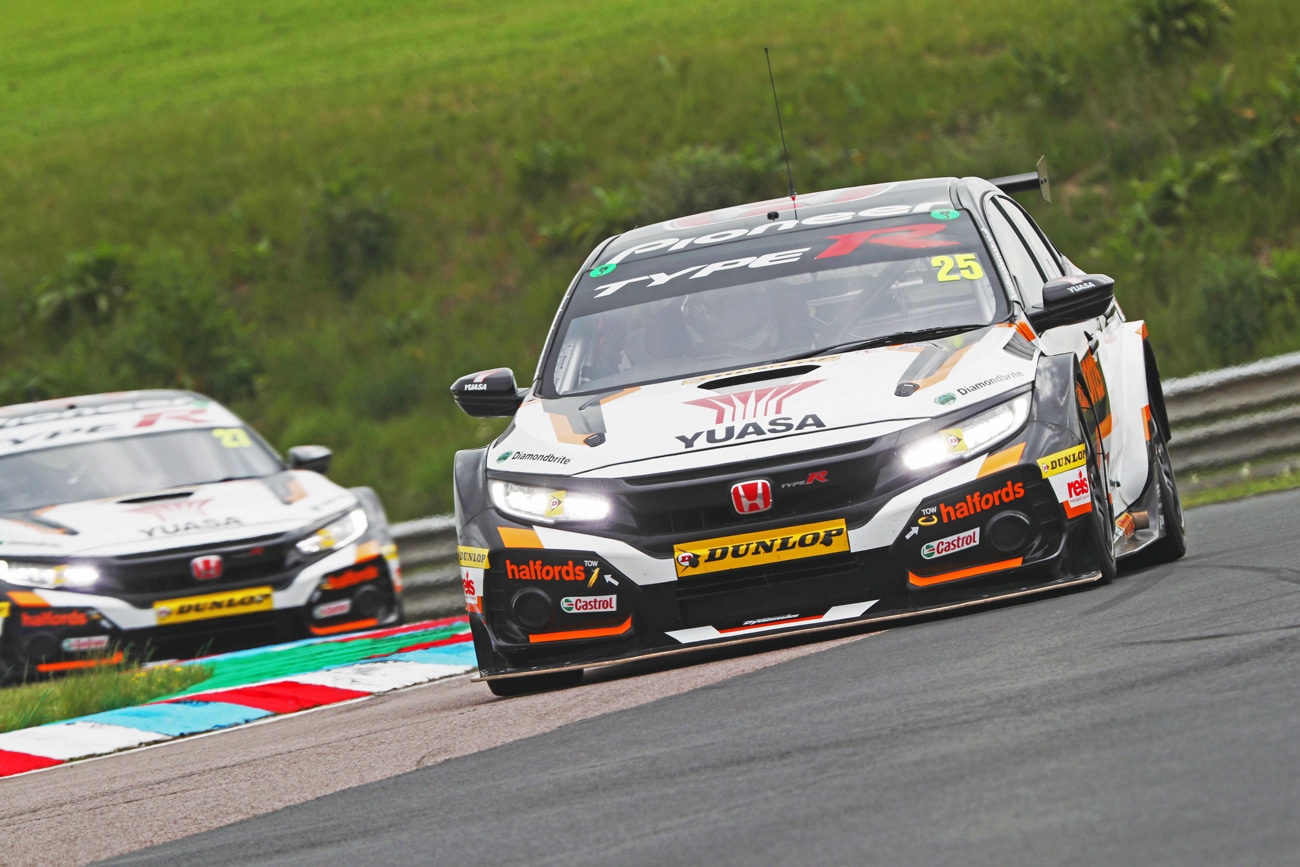 Honda British Touring Car Championship drivers Matt Neal and Dan Cammish head north to Croft for the next three rounds of the series on 16th June, knowing that the fast circuit will pose big challenges.

After a rewarding weekend last time out at Thruxton, which saw Cammish twice put the Honda Civic Type R on the podium, the Halfords Yuasa Racing team will arrive in North Yorkshire at the head of both the BTCC Manufacturers’ and Teams’ championships. Neal and Cammish are also moving up the Drivers’ title chase, currently in fifth and eighth places with Neal just 17 points shy of the championship leader.

The former airfield track of Croft offers a unique combination of fast corners and a tricky complex section ending in a challenging hairpin bend, and has traditionally favoured rear-wheel-drive cars, such as the BMWs of Honda’s closest rivals in the series. But the Halfords Yuasa Racing Civic has also won seven times at the track since 2010, and the team is confident of another strong performance this year to consolidate its title bids.

Thruxton was a great points haul for the whole team and I just missed out on a podium in race 3. But we get two bites of the cherry this year with Thruxton so I’ll look to change that next time out! I just missed out on a podium at Croft last year as well, it is a circuit that favours the rear-wheel-drive cars, but I’ll be giving it my all to keep us at the head of the Manufacturers’ and Teams’ championships and to move myself up the Drivers’ standings.
I enjoy the circuit, it certainly isn’t for the faint hearted and I’ve had a few high-speed dices through the Jim Clark Esses in previous years! After the four-week break I can’t wait to get back out racing again.

I was over the moon coming away from Thruxton with two podiums and a sixth, the Honda Civic Type R felt solid all weekend and has put me back in the title fight. Being from the North East Croft is really classed as my home circuit, I’ve raced there many times. I got a podium there last year and the target is very much set on repeating that this year.
During the break I’ve been on holiday and I have come back well rested and up for the fight. I’ll be going all guns blazing now to keep the points tally increasing and to close the gap to the leaders.