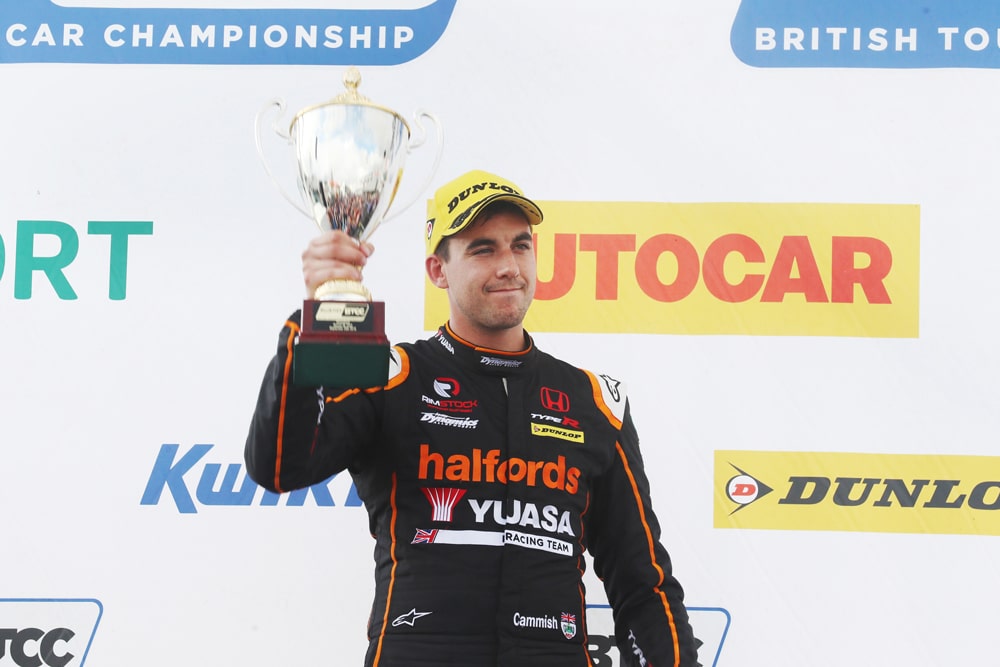 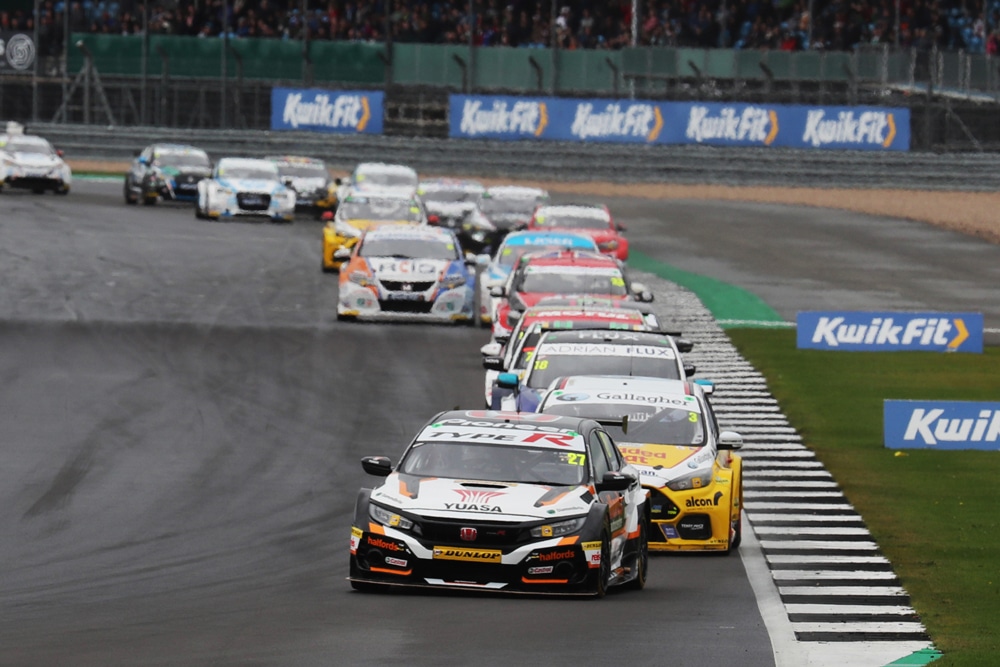 Honda driver Dan Cammish boosted his British Touring Car Championship points position in a dramatic penultimate meeting of the season at Silverstone, emerging from the weekend in second place, only 16 points off the top of the table.

Meanwhile in the final race Matt Neal staged a remarkable wet-weather drive from the back of the grid to take the final podium spot. 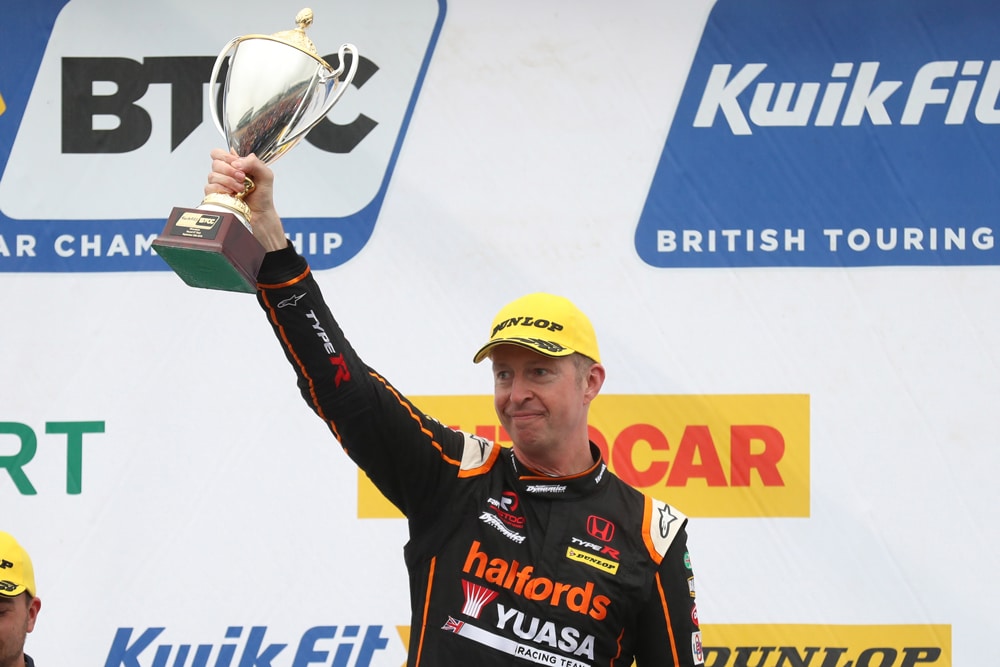 The mandatory tyre compound choice saw both Halfords Yuasa Racing Honda Civic Type Rs on the less-favoured harder rubber for race one and initially both struggled.

Neal slipped back from third on the grid to an eventual eighth finishing spot while Cammish endured a moment on the grass, dropping his Civic Type R from 11th to 16th and out of the points.

But he fought back, joining a frantic five-car battle and just passing Rob Collard on the final corner to claim 11th and cut his points deficit to just eight.

Both Hondas lined up on the softer compound tyres for what would be a dramatic race 2, and quickly made their advantage count, Neal progressing to sixth with Cammish just behind.

But as rain started to fall Neal was forced to the pits with a puncture following contact with another car, and Cammish fought a robust duel with Jordan, allowing Turkington to pass both of them.

Recovering from a safety car period Cammish made a move on Turkington for second, only for heavier rain to force an early end to the race.

While the points gap extended again to 11 points, the Honda man’s 12th podium finish of the season put him into second championship spot.

Race 3 brought even more drama, rain falling again as the field got away. Starting ninth after the mandatory grid reverse, Cammish cut through the field in a spirited opening stint to claim fourth before an early safety car period saw several cars at the back of the field, including Neal, dive to the pits for wet-weather tyres.

Cammish could not afford to give up his place as the racing restarted, and he then showed great skill in the increasingly treacherous conditions, holding his position for much of the race as the grip from his tyres steadily deteriorated.

Sadly his rearguard action could not last for ever and as heavier rain fell the cars on wet tyres took control, Cammish slipping back to an eventual 12th-place finish.

Neal, meanwhile, provided a major consolation for the Honda squad. A swift tyre change by the Halfords Yuasa Racing mechanics gained him several positions and he drove through the field, climbing from his 28th start position to take the final podium spot.

Cammish and Honda now head to the season finale at Brands Hatch in two weeks’ time very much in the championship hunt.

While Turkington still leads the points the Honda man sits just 16 back in second, with Jordan a point behind him.

With more than 60 points still to be won, it’s all to play for.

A difficult weekend to sum up! The guys gave me a great car but the weight held me back a bit in qualifying and then race 1 was tough in the early laps, I got beaten up a bit but was pleased to come back to 11th.

In race 2 with no weight and the soft tyre the car was a class above and it was disappointing that the red flag came out just as I was passing Turkington, which would have produced a six-point swing in my favour.

And then in race 3 everyone struggled with the weather and it was puzzling why I had so much grip.

It takes a brave man to pit from fourth place.

Our rivals had to take wet tyres and once they did I was in trouble – I had to roll the dice, and only in the last eight laps did the rain make things too bad.

It could have gone a lot worse. We’ve dealt with a lot of challenges this weekend, we are still in this and we go now to a track I love in a car that suits it, and which served me well last year with two wins. I have everything to gain and very little to lose.

What might have been! We struggled a bit in race 1 but the car was great in race 2 – we had pace on the leaders and I thought I could make holes for Dan to follow me through, but then I was hit and that broke the suspension.

I lucked into a result in race 3 with the weather – my team did a great job to get me out but despite the podium I feel a bit deflated.

However, we go to Brands still in the battle – Dan has a shot at the title and we still have a chance at taking the manufacturer and teams titles. Let’s bring it on.