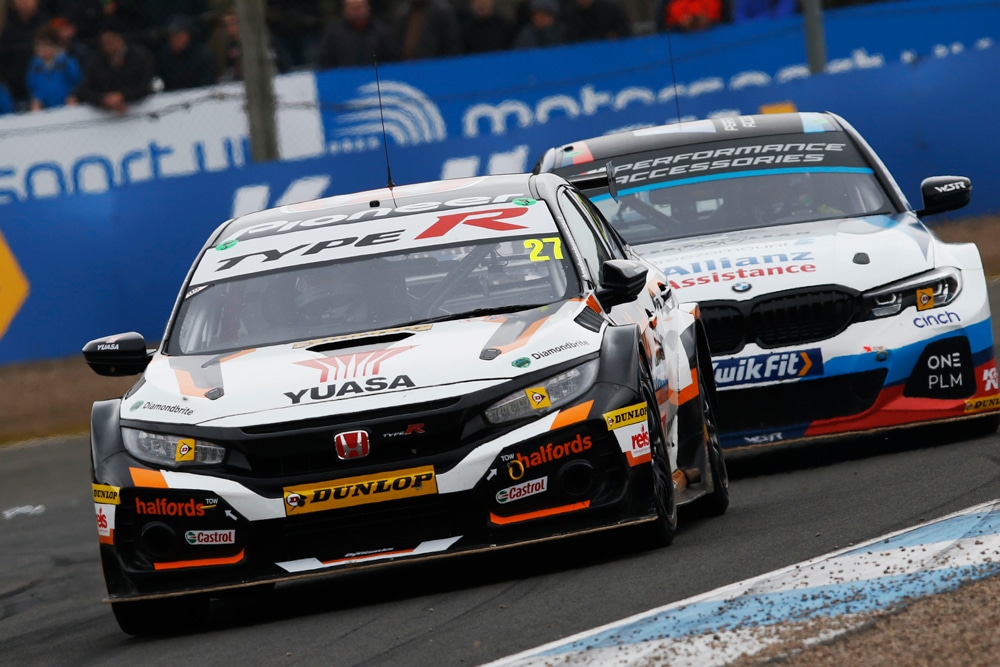 Going into the penultimate meeting at Silverstone on 29th September, Cammish and his Halfords Yuasa Racing Honda Civic Type R sit in third in the drivers’ title race, only 11 points down on championship leader Colin Turkington and a single point behind Turkington’s team-mate Andrew Jordan. And with more than 20 points available from each of the six races left, the Honda team is a firm title contender.

Silverstone and Brands Hatch, which will host the final three rounds on 13th October, both suit the front-wheel-drive Hondas, whereas the most recent venue of Knockhill favoured the rear-wheel-drive cars of Cammish’s two title rivals. Despite this, the Honda man came away from Scotland with his 10th and 11th podium finishes of the year, more than any other driver.

Knockhill produced more of the bad luck that has afflicted Cammish’s Halfords Yuasa Racing team-mate Matt Neal this season, contact from another car in the first race effectively ruining his weekend. But Neal will be fired up heading to Silverstone, both to support Cammish’s and Honda’s title bids and if possible add to his record of 61 BTCC race wins, the second highest in the history of the championship. 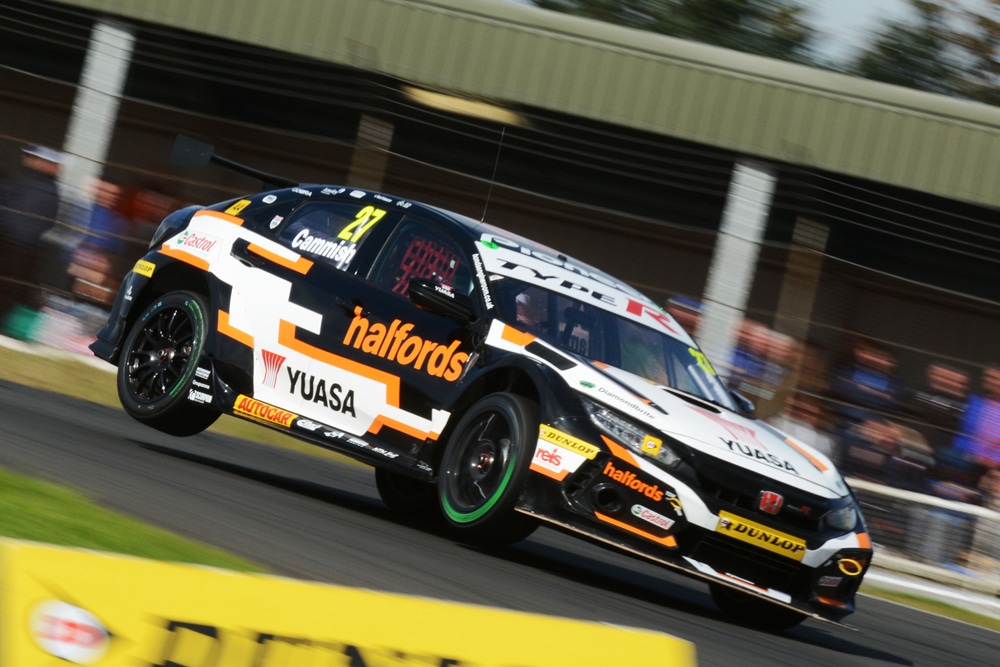 Knockhill was another mega weekend for me, starting second set me in great stead for the rest of the day. The rear-wheel-drive cars get more traction off the start, so I lost out to Jordan early on, but managed to keep Turkington behind me and finish third. The second race, I was particularly chuffed with second place and then the third race was a tough one, I wanted to just keep the gap to Turkington and not take any risks that would compromise my championship push.
That’s 11 visits to the podium in 17 races now, and I’m more determined than ever, coming out of this weekend, to fight for that championship title. 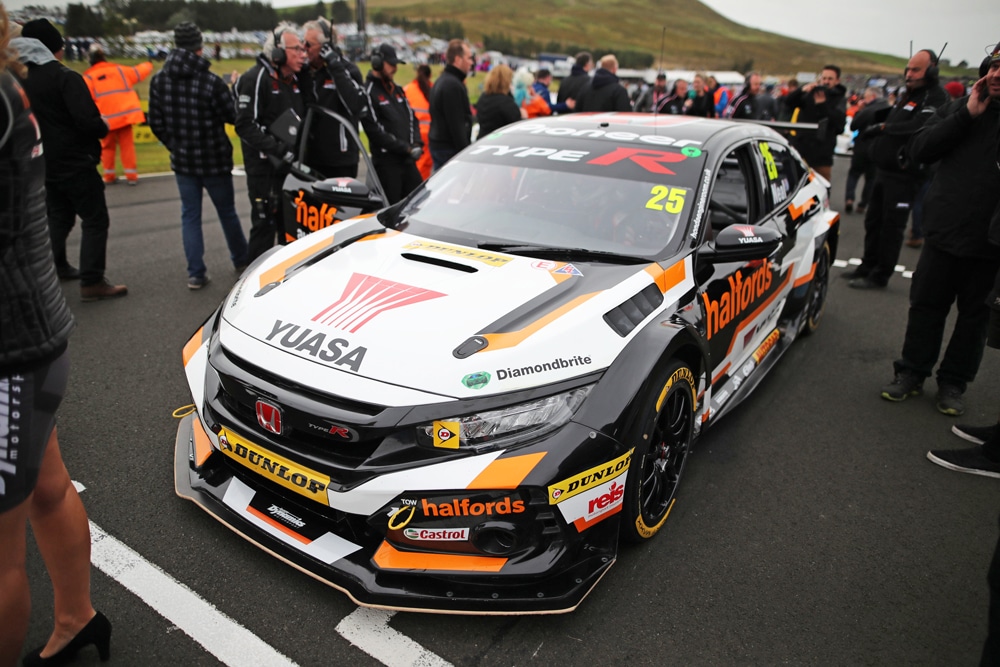 Knockhill was an up and down weekend for me, in qualifying my fastest lap would have put me up the sharp end of the grid but a red flag came out and then I couldn’t get clear track time – I was just 0.4 seconds off pole in 10th! Race 1 finished prematurely after contact and that put me on the back foot for the weekend, but the car felt really strong on the soft tyre and helped me to progress to 15th in race 2 and 11th in race 3 to gain valuable points for the Teams’ and Manufacturers’ championships.
My title push is over, but we head to one of our ‘home’ circuits next at Silverstone and I’ll be going all guns blazing to help Dan secure as many points at he can for the Drivers’ championship and equally keep adding to the Team and Manufacturer points.