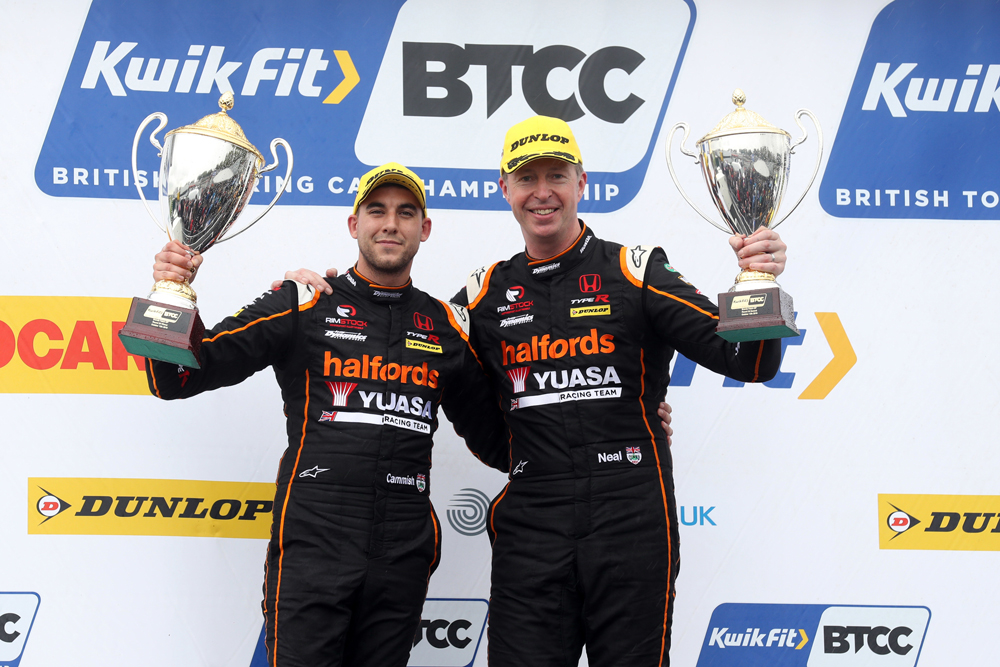 In a frantic final day of the 2019 British Touring Car Championship, Honda driver Dan Cammish produced epic drives to take a race win and assume the championship lead, only to be denied the title by just two points after his first mechanical failure of the season in the final race.

Cammish arrived at the final meeting 16 points behind championship leader Colin Turkington, with Turkington’s team-mate Andrew Jordan a further point back, and the weekend did not begin auspiciously for the Halfords Yuasa Racing team.

Cammish made an excellent starting race one to jump to eighth, but the omens did not look good as Turkington quickly established a lead. 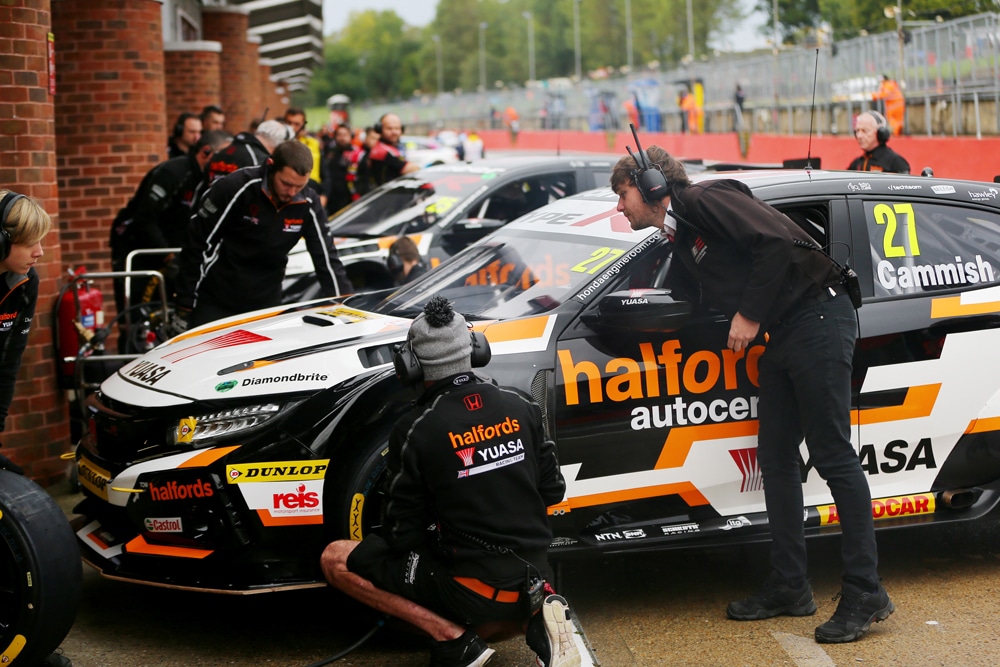 But as a safety car period closed up the field rain began to fall and several runners, Neal included, dived into the pits for wet tyres.

Cammish could not risk giving up track position but also knew his rivals’ cars did not favour damp conditions.

Balancing his Honda’s slick tyres on the increasingly greasy track, he scythed through the field. Jordan and Turkington were quickly disposed of and then Cammish rounded leader Rory Butcher in a brave move that had the entire crowd holding their breath.

Cammish took the win and was chased home by, remarkably, Neal.

Another fast tyre change by the Halfords Yuasa Racing mechanics set the three-time champion up for a charge through the field on his wet tyres, to complete a memorable race for the Honda team.

From pole position in race 2 Cammish assumed the lead but Neal was beaten away by the fast-starting Turkington.

As the Honda tried to fight back the two made contact and Turkington spun to the back of the field.

In tricky conditions on a drying track Cammish was determined to drive for a championship and when threatened by rivals Ash Sutton and Jordan, the Honda man did not fight too hard.

Third at the flag, with Turkington not scoring, propelled Cammish into an 8-point championship lead with one race to go. 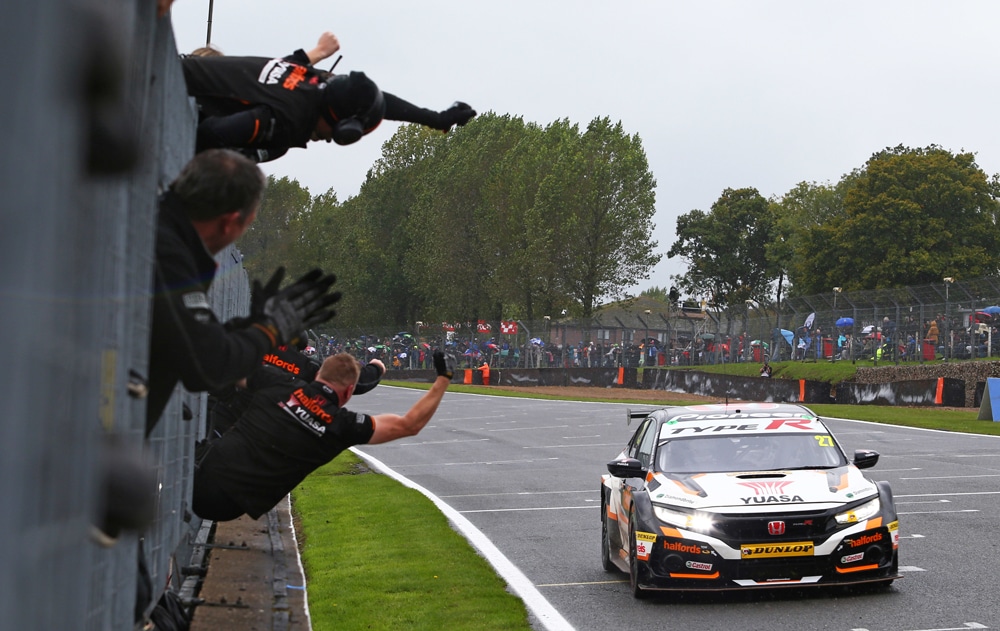 Neal, meanwhile, was forced to give best to old sparring partner Jason Plato, but when Plato spun sideways on the last lap the Honda regained the place to come home fourth and secure the 2019 Teams title for Halfords Yuasa Racing.

The reverse draw for the final round put Cammish into eighth starting spot.

He dropped behind the fast-starting Jordan at the start, but kept his rival in sight and even when passed by Turkington remained in the points lead – only to have the championship snatched away on the penultimate lap when a mechanical failure pitched the Honda off the circuit and out of the race.

Neal finished 13th after a frantic race from 13th on the grid, but all of the team’s thoughts were with his team-mate, missing out on the drivers’ title by just two points after a highly competitive season.

The Halfords Yuasa Racing team had again been firmly in the title battle to the end, and will now focus on returning even stronger in the 2020 season that starts at Donington Park on 29th March.

My first non-finish of I think two seasons, and the first time I haven’t finished on the lead lap this season.

But I’ve taken the title fight right to the end, which is testament to the team and the Honda.

I’m very proud of myself and I’ll come back stronger.

The conditions were treacherous all weekend but the car was great. Congratulations to Colin on his championship but I feel for Dan.

Still, we’ve had a really strong year and we will come back fighting next year.