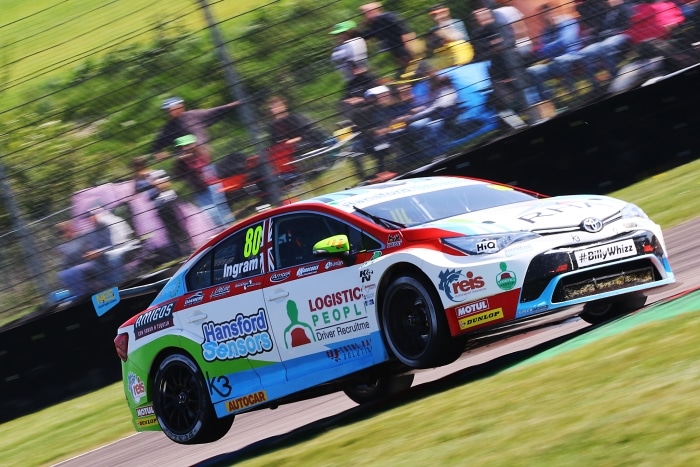 Tom Ingram defied the odds to increase his lead in the Dunlop MSA British Touring Car Championship at Thruxton last weekend (6/7 May), as Speedworks Motorsport unleashed a superb performance to tame the fastest circuit in the country with a trio of top four finishes.

Having moved to the top of the points table three weeks earlier courtesy of a sublime second victory of the campaign at Donington Park behind the wheel of his Toyota Avensis, Ingram arrived at Thruxton with his sights set on consolidating his advantage, albeit carrying 66kg of success ballast aboard the #80 entry.

The talented young Bucks ace initially languished around a second shy of the benchmark as he proved unable to crack the top ten in free practice, struggling to strike a satisfactory balance over a single lap in what is commonly regarded as the world’s premier and most fiercely-disputed tin-top series.

That left Speedworks chasing its tail heading into qualifying, but a raft of strategic changes and a scintillating early effort from Ingram secured fourth spot on the starting grid amongst the 32 high-calibre contenders – some of the very best touring car protagonists on the planet – in so doing preserving the 23-year-old’s record as the best average qualifier of the season to-date.

In front of the live ITV4 television cameras, Ingram maintained station in race one as the Avensis carried the weight well throughout, applying pressure on Jack Goff in a lighter car ahead while simultaneously staving off a threat from behind. Fourth place marked an excellent result, and with less ballast on-board for race two, the three-time Ginetta Champion and former British Karting Champion was truly able to go on the attack.

Following an early red flag, he muscled Ashley Sutton’s Subaru out of fifth, profited from an issue for early leader Matt Neal to advance to fourth and then stole third place from Goff at the beginning of lap four. After rapidly reeling in the two leaders, Ingram looked to be the fastest and feistiest of the trio and was primed to pounce when an incident further down the order prompted the red flags to fly again – this time for good.

From fourth on the grid in the day’s finale, the KX Akademy graduate and MSA Academy member successfully toughed it out around the outside of defending champion Gordon Shedden on the opening lap before going on to relieve Rob Austin of third and Goff of second. Thereafter, he considered giving chase to Colin Turkington but a ‘moment’ later in the race convinced him that on this occasion and with a hefty 57kg of ballast on-board, discretion was the better part of valour.

Nonetheless, the runner-up spoils – Ingram’s fifth podium and eighth top five finish from nine starts in 2017 – enabled him to extend his overall championship lead to 17 points and his margin in the Independents’ Trophy to 21 points, with Speedworks similarly stretching its legs in the Independent Teams’ standings and holding firm in third spot in the Teams’ classification. As it revs up next for its home event at Oulton Park, the plucky Northwich, Cheshire-based outfit is riding the crest of a wave. 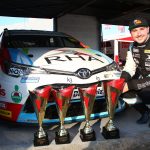 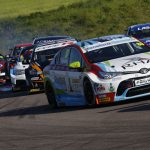 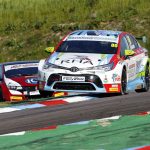