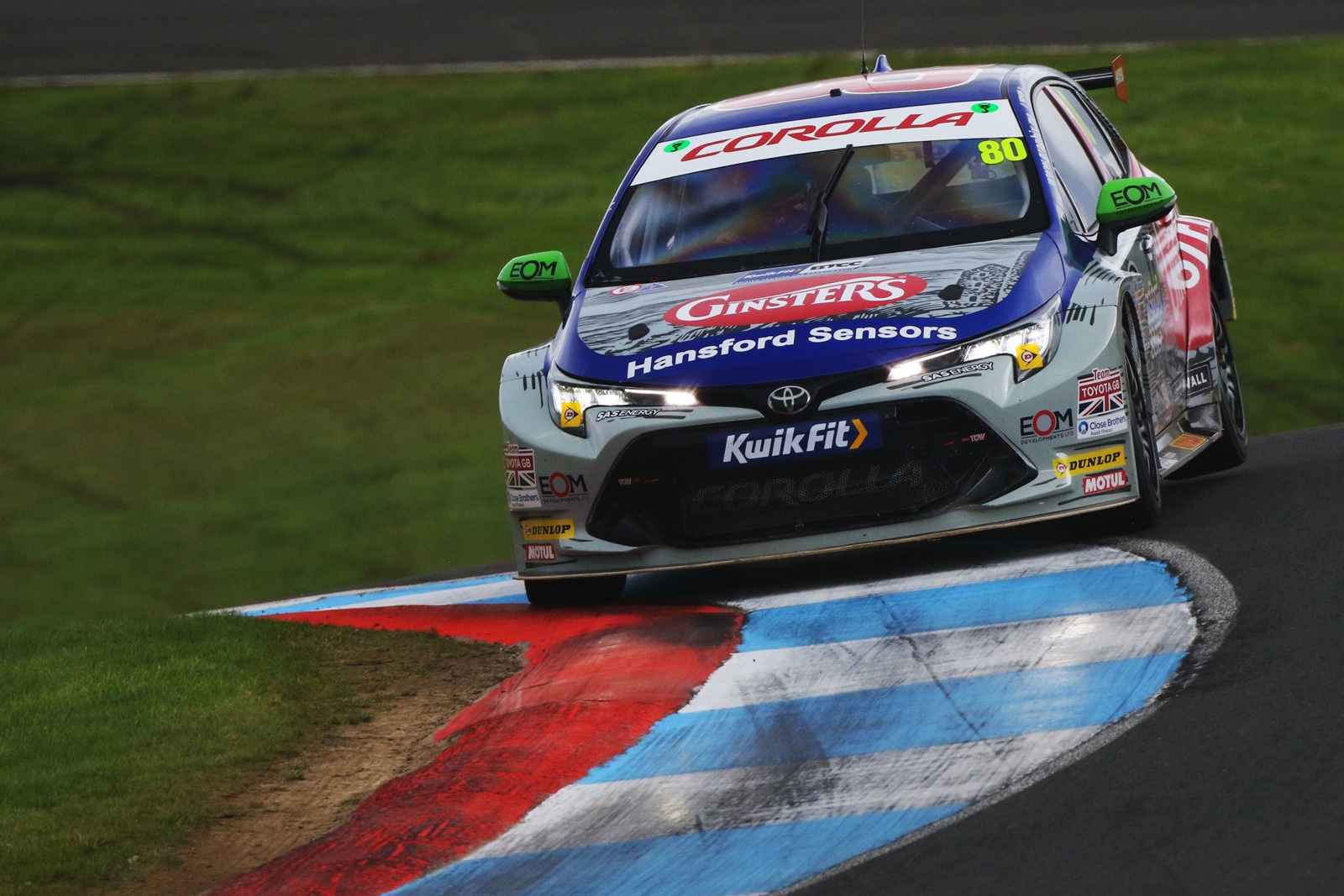 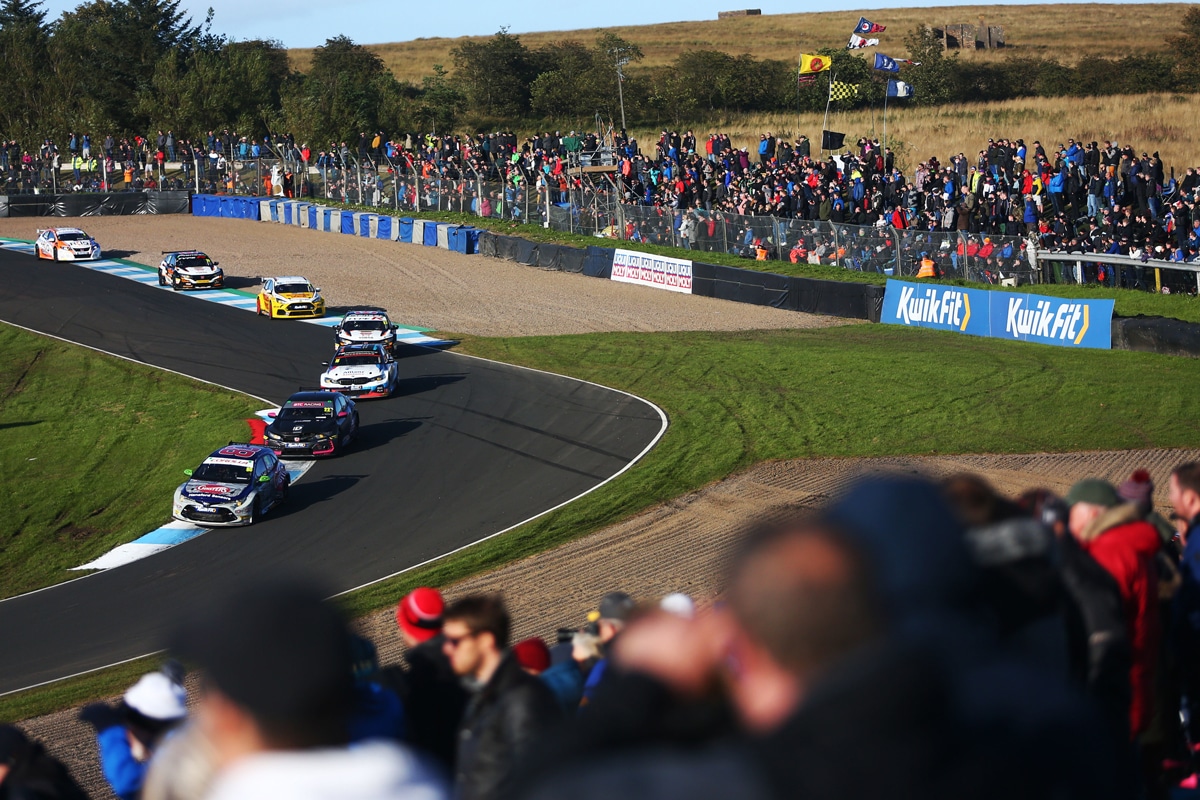 A trio of strong finishes at Knockhill last weekend (14/15 September) has vaulted Tom Ingram back into the top six in the British Touring Car Championship standings, leaving Team Toyota GB with Ginsters ‘genuinely excited’ about its prospects in the remaining two outings of the 2019 campaign.

Ingram arrived at Knockhill – the only Scottish fixture on the BTCC calendar – occupying eighth spot in the Drivers’ table in the UK’s premier motor racing series, but knowing he had a mountain to climb. Team Toyota GB with Ginsters’ lack of prior experience with its new Corolla around the undulating Fife circuit meant the Speedworks Motorsport-run outfit would be playing catch-up through free practice, and that was reflected in 11th position in qualifying amongst the 30 high-calibre contenders – frustratingly, less than a tenth-of-a-second away from a spot on the second row of the grid.

Carrying 12kg of success ballast in race one, the Bucks-born ace snatched tenth place from three-time title-winner Matt Neal over the course of an assertive opening lap and was subsequently gifted ninth by a drive-through penalty for Tom Oliphant. Switching his headlights on as a signal of intent, he later punished a mistake by Adam Morgan to steal eighth and that was where he would finish, less than four seconds adrift of victory after consistently reducing the gap to the leader in the closing stages. 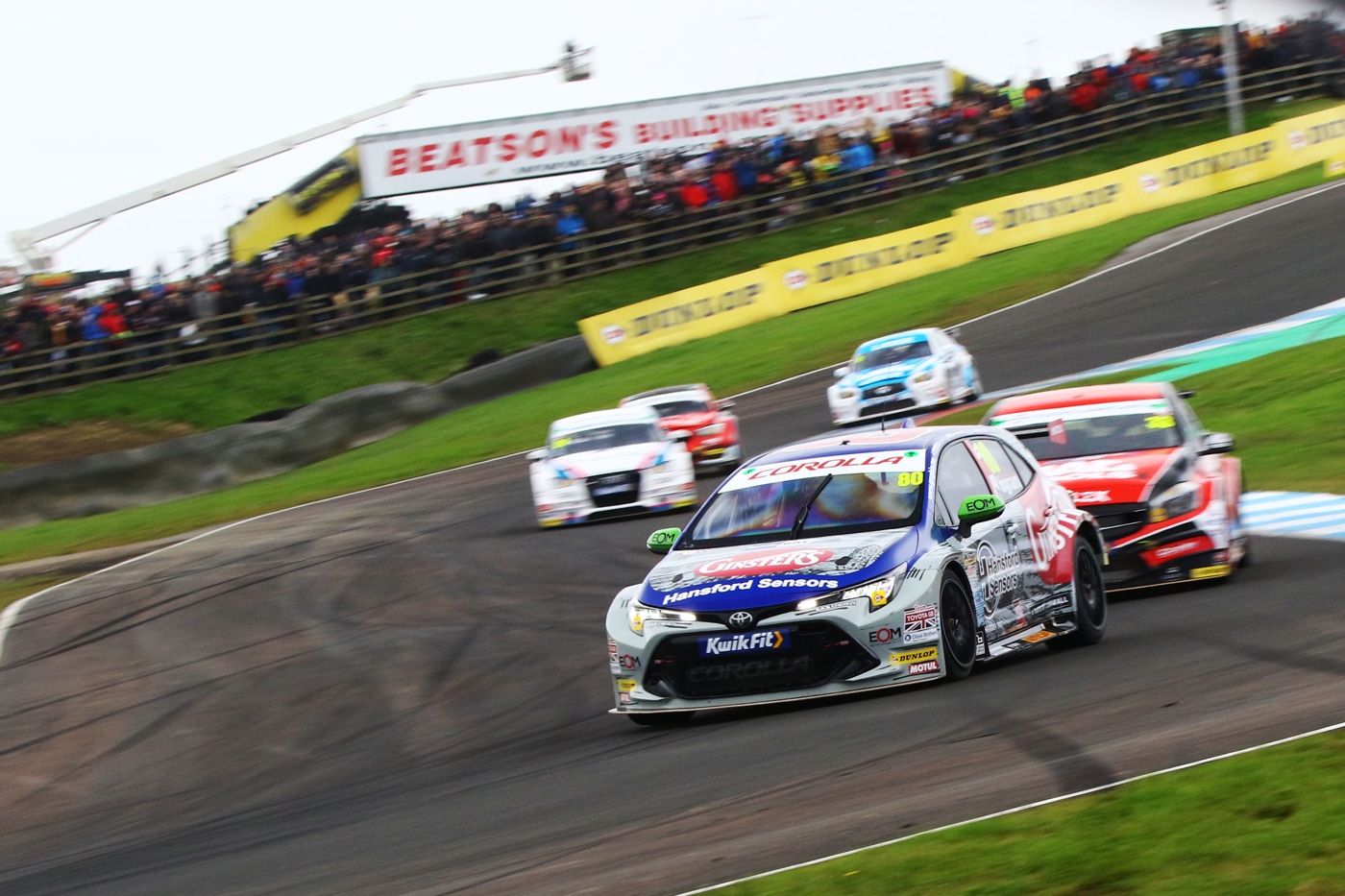 In front of the live ITV4 television cameras, Ingram maintained that upward momentum in race two. Having swiftly battled past Chris Smiley for seventh, the reigning two-time BTCC Independents’ Champion comfortably shook off his pursuers and zeroed in on the scrap for the podium. Sixth place was his reward for another hard-charging effort, with the second-fastest lap amongst the top ten finishers and fourth-fastest overall again underscoring the Corolla’s raw pace.

With 24kg of weight on-board in race three and on the less favourable medium-compound rubber, Ingram initially settled into a tussle for third. Whilst ultimately unable to challenge his soft-shod rivals ahead, he performed admirably to hold onto fifth position and take the chequered flag as the best-placed runner on medium tyres. The third-quickest lap time on this occasion – less than six hundredths-of-a-second shy of the absolute benchmark and a single thousandth off the race-winner’s best – represented further cause for encouragement.

The 26-year-old’s results north of the border see him gain two spots in the Drivers’ classification to sixth heading next to Silverstone (28/29 September) – a happy hunting ground in seasons past. Team Toyota GB with Ginsters sits ninth in the Teams’ table. 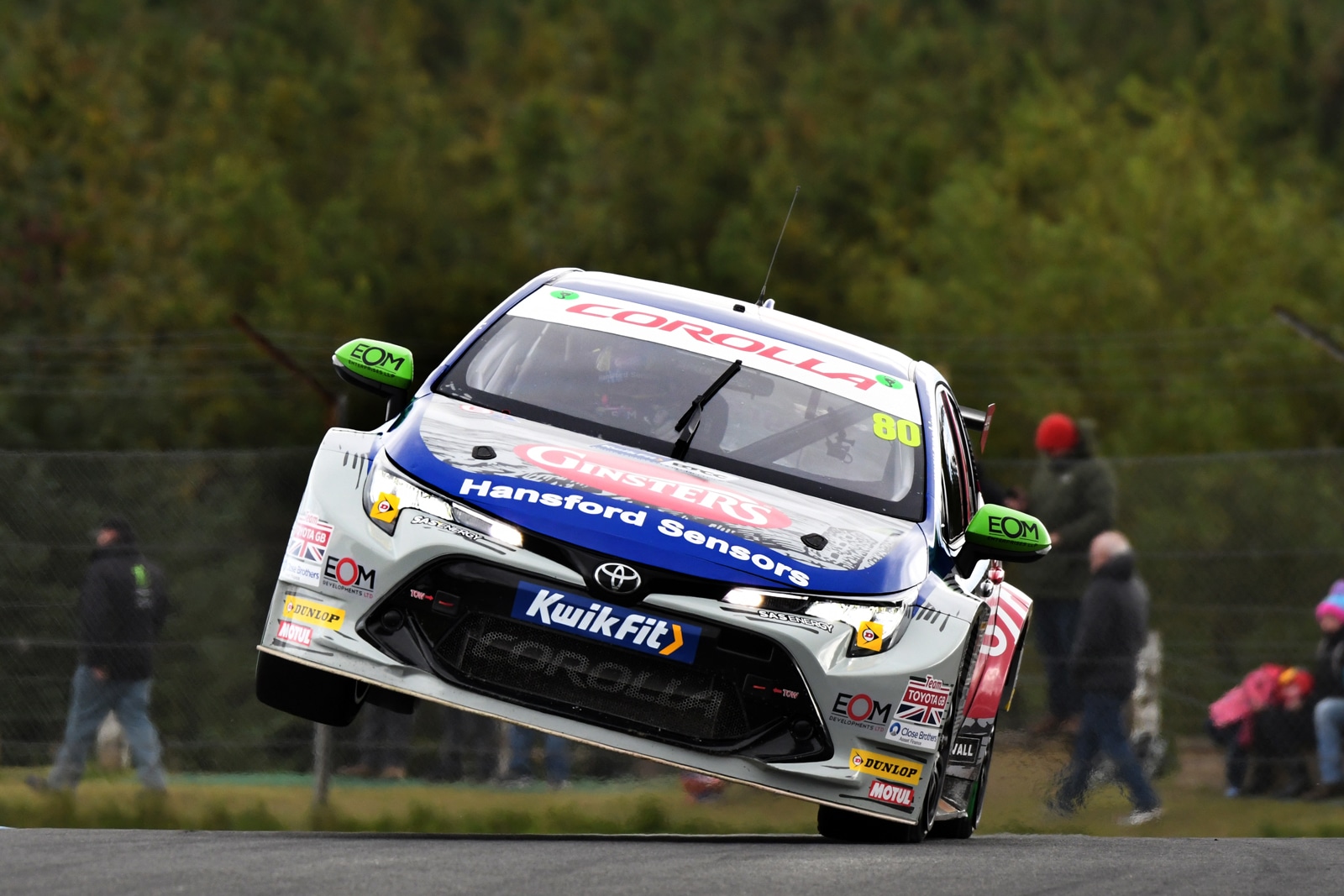 “We arrived at Knockhill on the back foot to a certain extent, with no prior running there with the Corolla or relevant data around what is inherently a rear wheel-drive circuit. That inevitably hurt us a little bit on Saturday as we got to grips with everything. The car was quick out-of-the-box, but when the lap times are so close, you can’t afford to give away even half a tenth-of-a-second; it only takes the smallest gain or loss in qualifying to significantly affect your grid position, and as the timesheets proved, we really weren’t missing very much.

“Given the nature of the circuit, we could definitely have done with starting a little further up the grid, but we found a bit more pace overnight and kept chipping away throughout race day. With Knockhill being so tight-and-twisty, it’s tricky to make progress but we succeeded in doing so in all three races. By the time we got to the last one, the ambient track temperature had crept up and the soft tyre was clearly the one to be on, so to come home inside the top five on the medium compound I thought was an excellent effort.

“Tom largely kept his nose clean and avoided the various dramas unfolding around a track where it is so easy to get sucked into trouble – as was the case for a number of our rivals – and his reward was a hat-trick of top eight results and a decent haul of points. That constituted a rock-solid performance, and I’m super proud of everybody involved.

“It would be nice to be able to go back and re-start the weekend in the position in which we finished it, but that leaves us genuinely excited moving forward. After the quirks of Thruxton and Knockhill, both Silverstone and Brands Hatch GP are much more conventional circuits and should suit us well. It’s shaping up to be a really strong end to the season.” 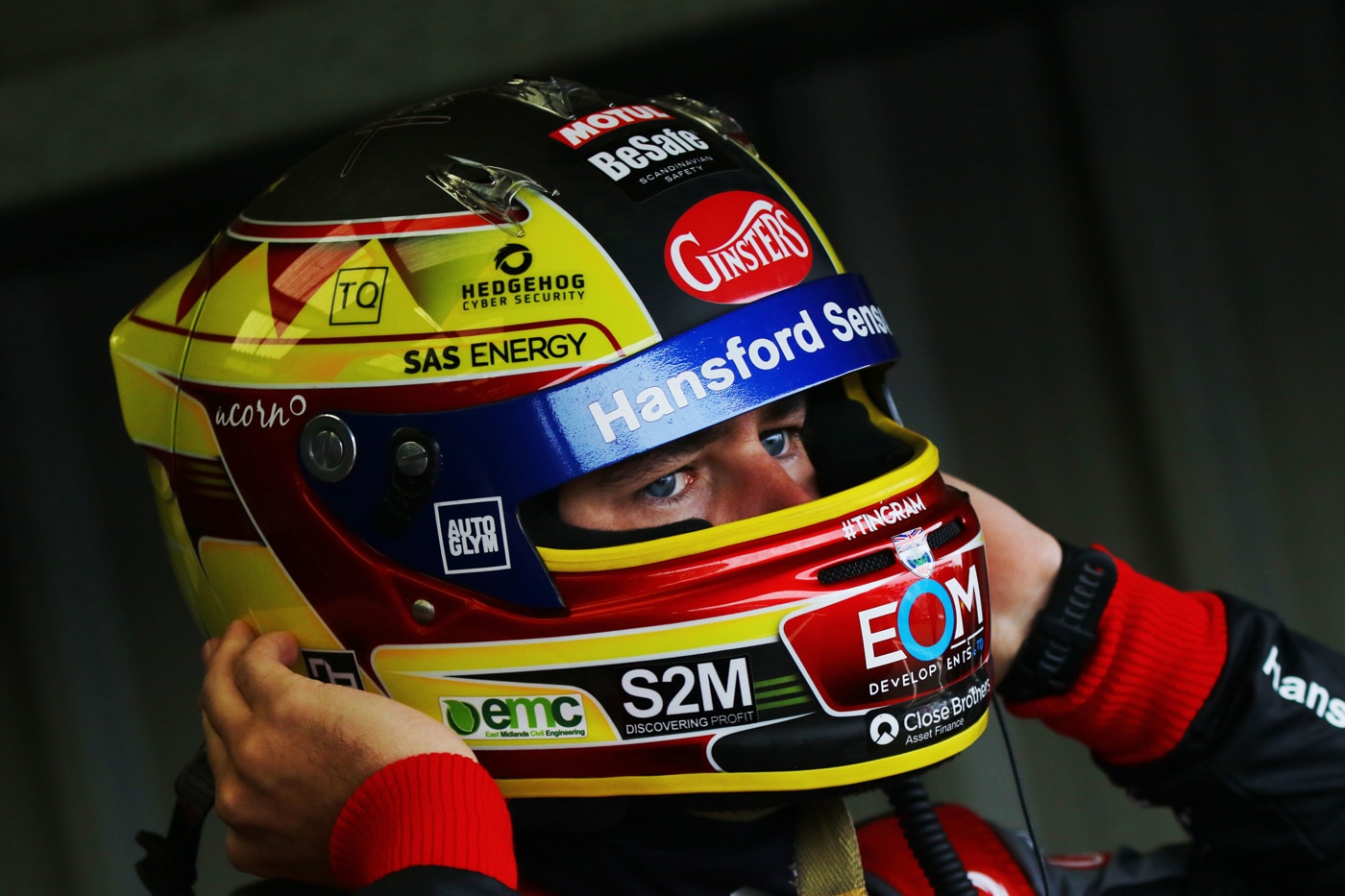 “Knockhill was really positive for us; it wasn’t a champagne weekend like Snetterton, but we were there-or-thereabouts and consistently improved the Corolla throughout. We hit the ground running in free practice – the car felt nicely-balanced from the outset – and we could just as easily have ended up fourth in qualifying rather than 11th. We were quite literally on the wrong end of a tenth-of-a-second in an insanely close session.

“Disappointing as that obviously was, we knew that pace-wise, we weren’t far away and races one and two both went to plan. We moved forward at a track where making up ground is never easy, and we were then particularly strong on the medium tyre in race three. We didn’t really have anything for the guys at the front on softs so there was no point in risking too much against them, but we had the legs on everybody else on the medium compound – I’d say we got the strategy spot-on given the results we achieved. Only a handful of drivers scored well in all three races, and we were amongst them.

“To post two top four lap times on the Corolla’s debut at Knockhill was very satisfying, and we know there is more speed to be found when we return next year. Overall, the weekend represented another clear step in the right direction – and I’m confident we will be even more competitive at Silverstone and Brands Hatch.”