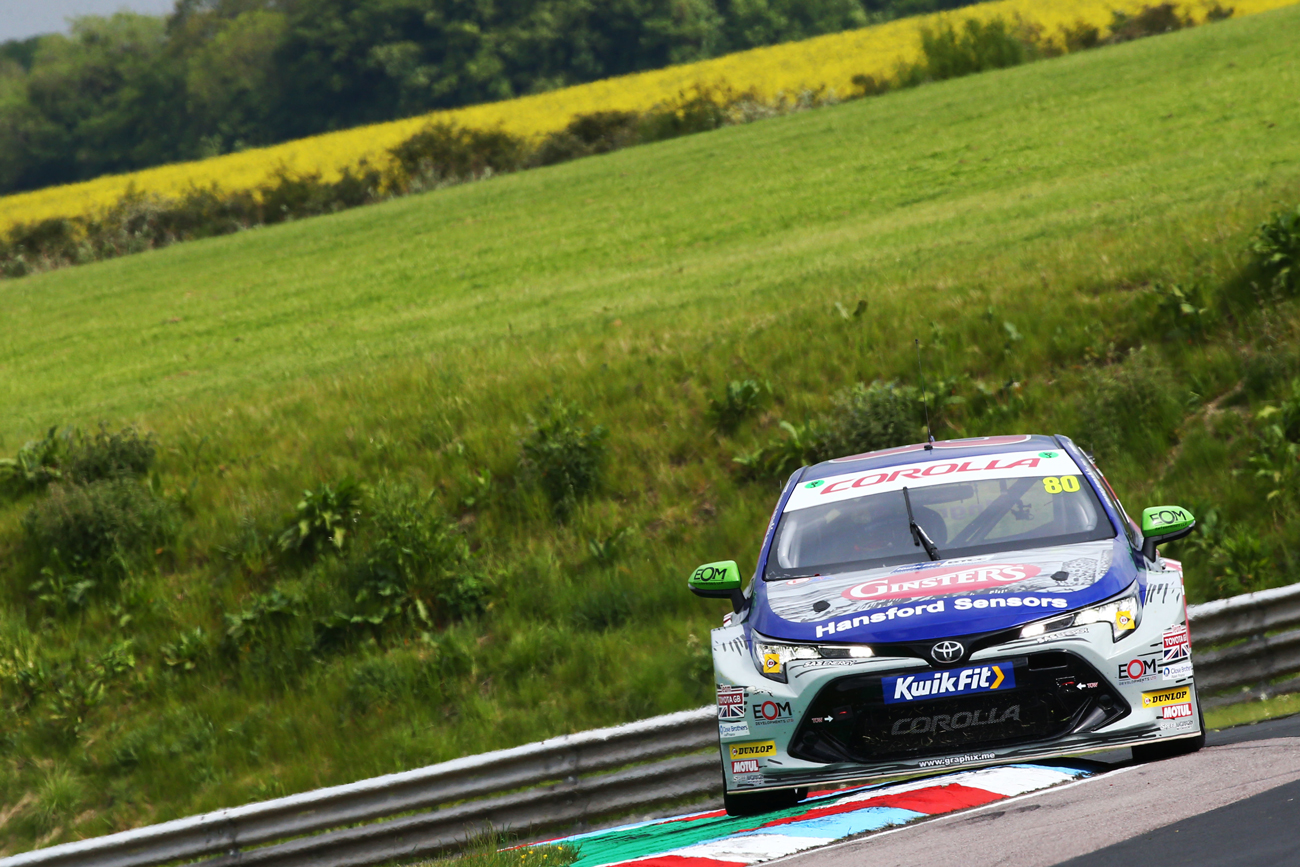 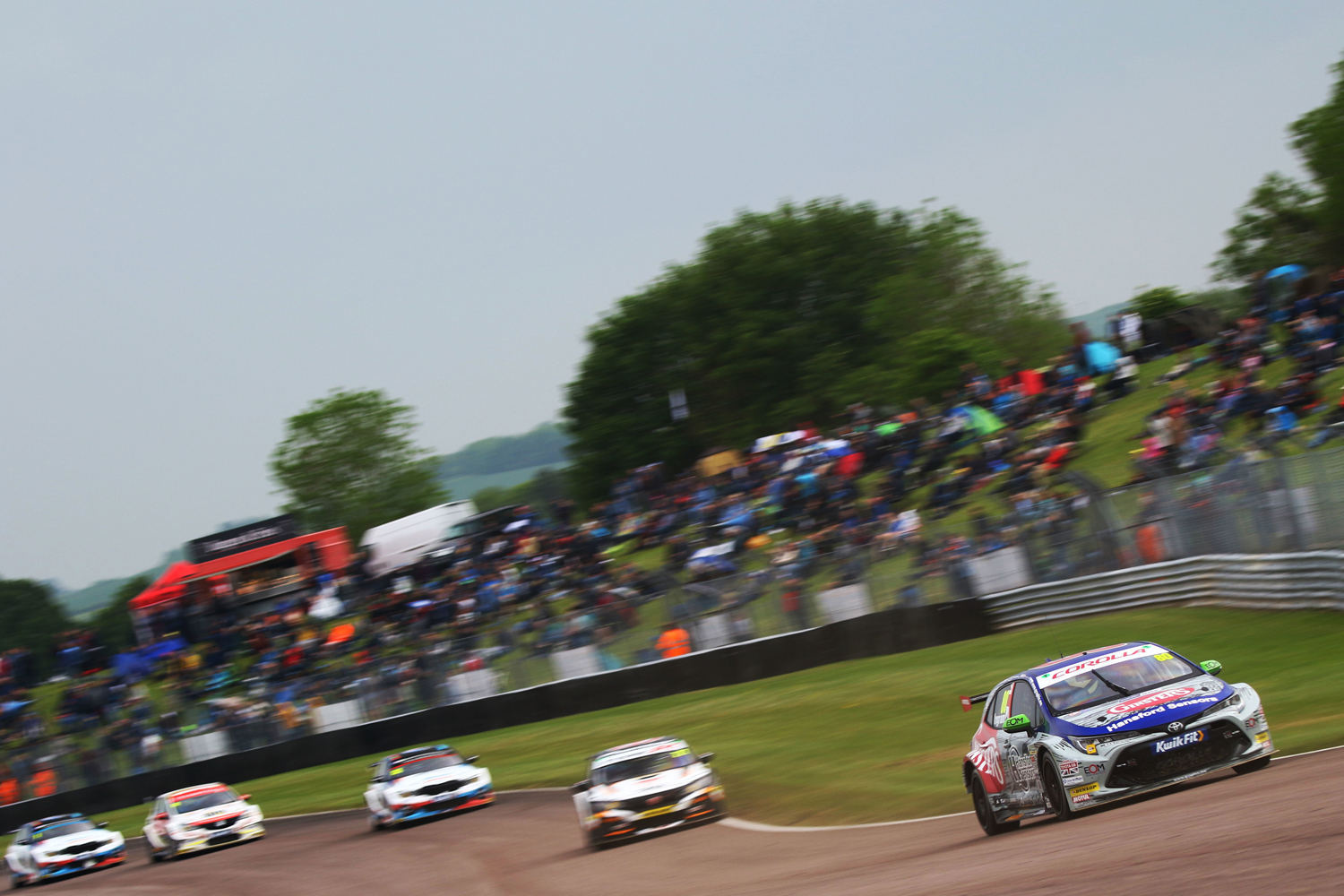 Team Toyota GB with Ginsters is North Yorkshire-bound this weekend (15/16 June) for the next stop on the 2019 British Touring Car Championship calendar at Croft, where reigning Independent Drivers’ Champion Tom Ingram will bid to maintain his title challenge in the UK’s premier motorsport series.

Behind the wheel of the new Toyota Corolla, Ingram sped to a hat-trick of points-paying finishes last time out at Thruxton, preserving his commendable record of scoring in every race he has contested so far this season – an achievement matched by only one of his 29 high-calibre rivals.

The Bucks-born ace will head north-east occupying sixth spot in the overall Drivers’ standings, just 21 points shy of the summit, while Team Toyota GB with Ginsters sits seventh out of 19 protagonists in the Teams’ table.

Ingram will also be buoyed by an excellent showing at Croft this time last year. Not only was he the top-scoring front wheel-drive competitor – around a track traditionally regarded as a happy hunting ground for rear wheel-drive cars – but with a brace of podiums to his credit, he netted the second-highest points haul outright.

Indeed, in 15 previous BTCC starts at Croft, the 25-year-old has tallied three rostrums and 11 top ten finishes, leaving him with high hopes of replicating that stellar form this weekend. All of the race day action will be broadcast live and in high-definition on ITV4, starting at 11:00am on Sunday (16 June).

“Croft is very much an all-round challenge, which means you have to try to make your package work in every scenario and for all types of corner. That was something at which the Avensis always excelled, and although it is still very early days in its development, all the signs are that the Corolla is heading in the same direction.

“This weekend will actually represent a double step into the unknown for us, with not only a new car to dial into the circuit but also a resurfaced track to get to grips with. Hopefully we’ll have a clean run weather-wise on Saturday to get a proper handle on everything before race day.

“Whilst it’s true that Croft has historically tended to favour rear wheel-drive machinery, we’ve gone well there in recent years and last season in particular was a belter, with two podiums out of three. We’ve got to be aiming to be the best front wheel-drive car again, so with that in mind, the goal is to continue taking steps forward and refining the Corolla while scoring as many points as possible to keep our title bid on-track.” 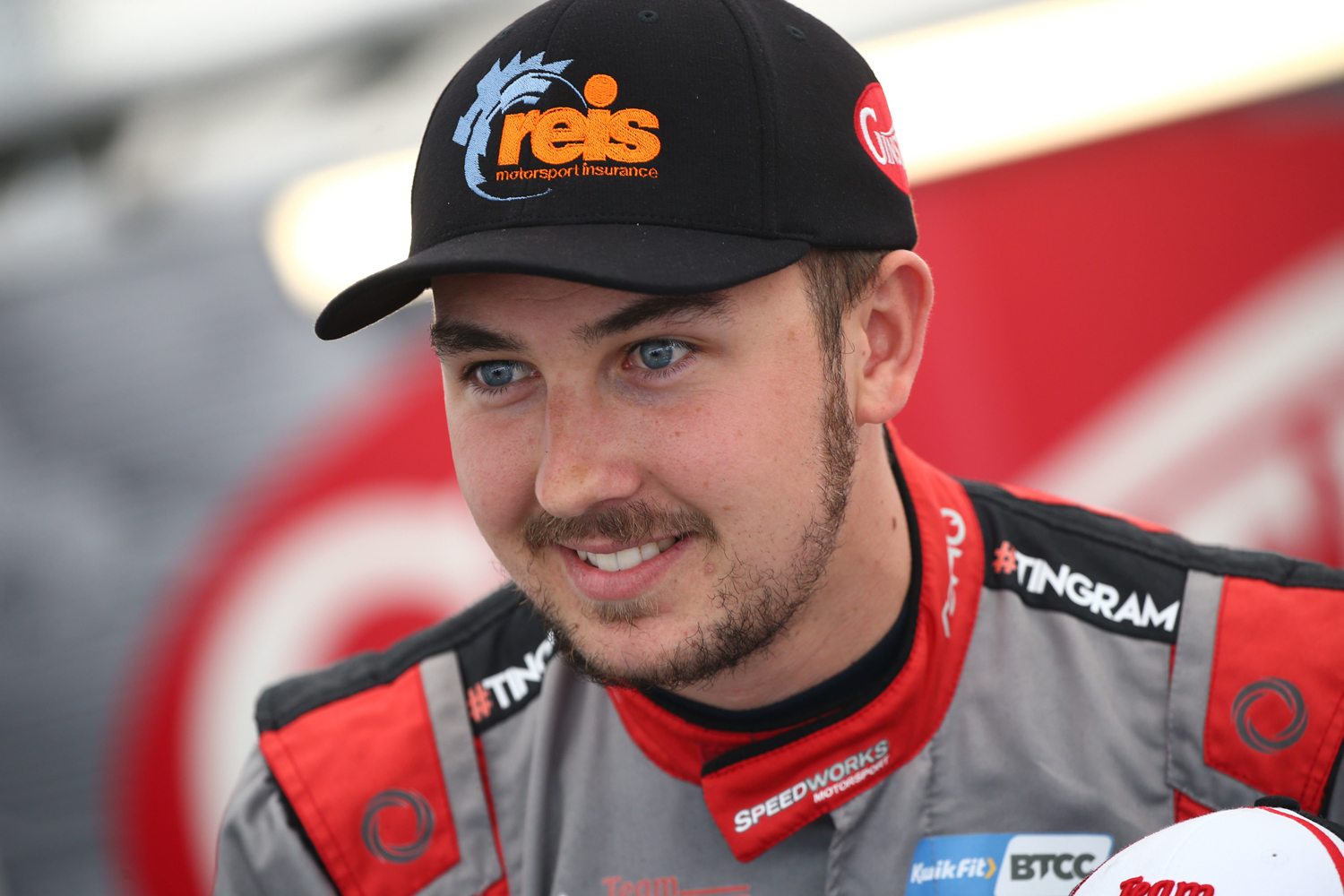 “I love Croft. As a circuit, it invariably generates exciting racing and there’s always a warm welcome when the BTCC rolls into town. I think we can confidently predict that it’s going to suit the rear wheel-drive lads, but we performed very well there last year, so we’re definitely looking forward to going back to see what we can achieve with the new Corolla.

“There’s been some pretty major resurfacing work at Croft in the meantime, so it will be interesting to discover how that affects everything and if it swings the pendulum any more towards the front wheel-drive cars. Nobody has driven on it yet so there is no real information to go on, but hopefully it will be a little grippier than before.

“Overall, we’ve had a very positive, solid start to the season and we’re understanding the Corolla more every time we take to the track. We’re moving in the right direction and going to Croft, I think we’re in good shape. I see no reason why the circuit shouldn’t suit us again, so hopefully we can push on and keep this points-scoring run intact.”