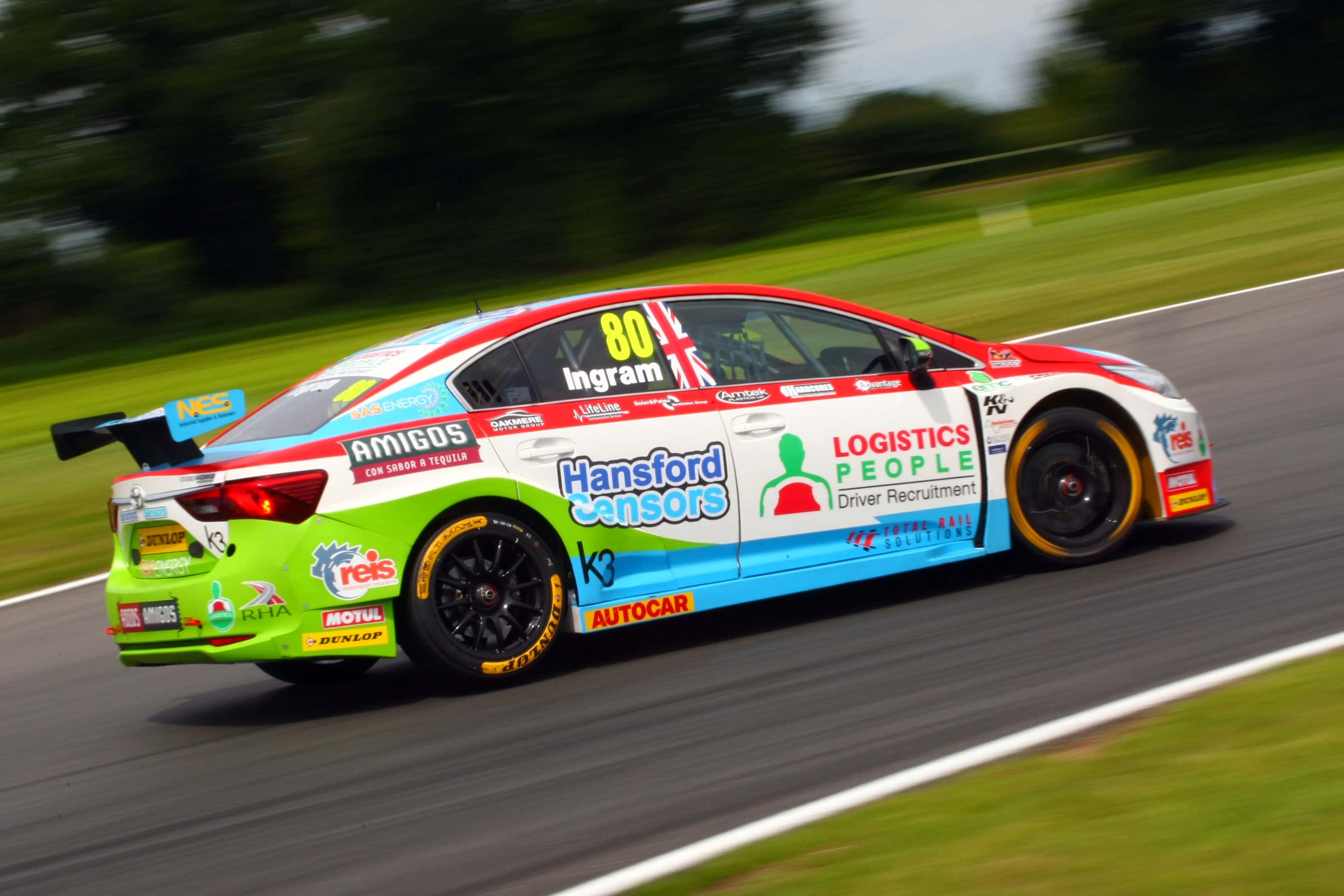 After stealing the show earlier in the season by soaring into the lead in both the overall and Independents’ title battles, Ingram and Speedworks endured a rough ride at Oulton Park and Croft, scoring just nine points from six races – largely as a result of other drivers’ errors – and slipping down the standings.

Ingram lapped fastest in opening practice, but a slight change of direction in the second session in a bid to extract even more pace from the #80 Toyota Avensis backfired, leaving the multiple Ginetta Champion and former British Karting Champion a disappointed fifth on the grid.

Ingram briefly got the better of Matt Neal on the first lap of race one before applying the pressure on the three-time BTCC Champion in a four-way fight for fourth. An ‘off’ for the leader subsequently turned that into a scrap for the podium, and he was preparing his attack when he found himself unceremoniously sideswiped by Rob Austin, who locked up behind and forced the Avensis almost into the circuit barriers.

Although able to scrabble back onto the track in eighth place, light suspension damage from the contact meant there was no hope of recovering lost ground and in race two, he struggled for speed on the softer-compound tyres. A late pass on Jake Hill secured tenth spot at the chequered flag and with it an outside chance of pole position for the reversed grid finale – but again, Lady Luck did not deign to smile as another driver’s number was drawn instead.

After rising to eighth on the opening lap, the 23-year-old emerged on top of a mid-race battle with Neal and Hill for sixth and had closed right onto the tail of the duel for fourth by the end, narrowly running out of time to mount a challenge. The result saw Ingram consolidate fifth spot in the overall Drivers’ classification while increasing his Independents’ Trophy lead from three points to 15. Speedworks retain fourth place in the Teams’ rankings and second in the Independent Teams’ table.

“I think overall, we have to be happy with the weekend,” adjudged Team Principal Christian Dick. “In race two, we were a bit too cautious in our approach with the soft tyres on, but by race three, we had got the car a lot closer to the window in terms of performance, which allowed Tom to really go on the attack. At the end of the day, it was a weekend of ‘could have beens’ after the unnecessary contact in race one, but looking forward, the main thing is that we’re back on-track and back in contention – and I see no reason why we shouldn’t be similarly in the mix at all four remaining events.”

“We felt really confident going into the weekend,” added Ingram. “Having haemorrhaged points at both Oulton Park and Croft, we needed to fight back and come away with a strong haul from Snetterton if we were to stay in the championship hunt. After the summer break, I felt refreshed, excited and ready to banish the bad energy from the end of the first half of the season.

Next up is Knockhill, which on paper is exactly the kind of track that shouldn’t suit the Avensis, but Snetterton showed that the theory isn’t always borne out and we qualified on the front row in Scotland last year, so we will go there with an open mind and in optimistic mood. After that, the remaining circuits should all play very much to our strengths – so if we can just get through Knockhill in reasonable shape, it will be game on for the end of the season!”