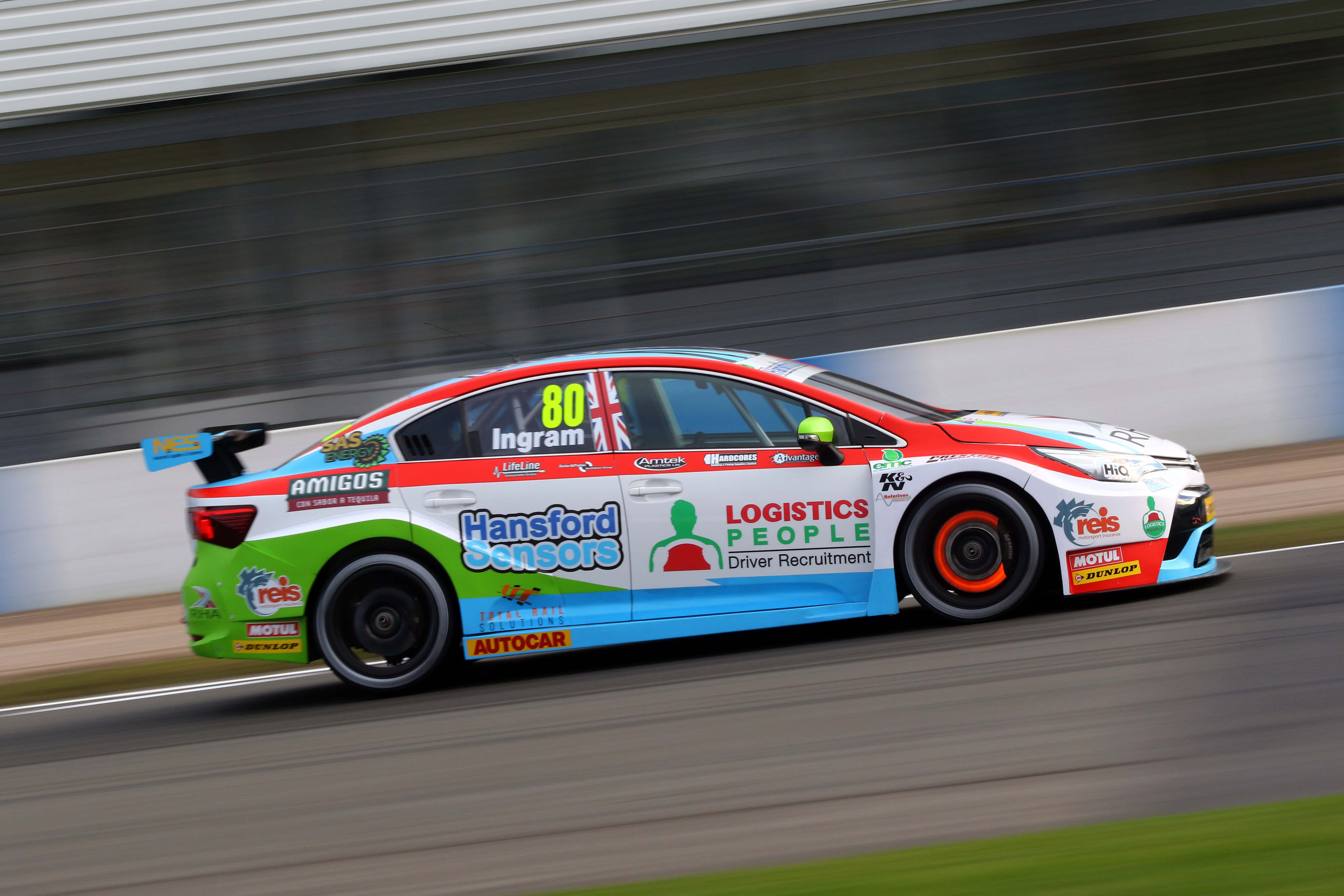 Tom Ingram has underlined his and Speedworks Motorsport’s credentials for the 2017 Dunlop MSA British Touring Car Championship, by pacing the field in his Toyota Avensis in the only official pre-season test at Donington Park.

Plucky Independent outfit Speedworks is heading into its seventh year in the world’s premier and most fiercely-disputed tin-top series, buoyed by having claimed its maiden victory in 2016 and subsequently engineered a significant overhaul of the #80 Avensis during the winter months.

Bidding to build upon a breakthrough campaign that yielded a brace of race wins and four further podium finishes – and in which 23-year-old Ingram established himself as the BTCC’s fastest average qualifier – Speedworks has upped the ante for 2017. Following a promising test at Portimão in Portugal, the Northwich, Cheshire-based squad travelled to Donington’s annual Season Launch ready to measure itself against 30 high-calibre rivals.

After pulling the wraps off the Avensis’ striking new livery, Ingram proved its potential by posting an early benchmark. The talented young Bucks ace would remain at the top of the timing screens for the duration of the four-hour test session, completing a total of 55 laps – with his three best efforts all quicker than any of his adversaries could muster as Speedworks snatched the first bragging rights of 2017 a fortnight ahead of the Brands Hatch curtain-raiser.

“Outright lap times weren’t our target coming here,” stressed Team Principal Christian Dick. “The main objective was to continue learning and experimenting with the facelifted Avensis and improving our understanding of the new Dunlop tyres. We had a specific programme to follow and we stuck to it. We didn’t go for a ‘hero lap’ at any stage, but we were consistently on the pace and it’s obviously a nice little boost to leave with the fastest time.

“It’s been a positive pre-season period in general, and that was made possible by an incredible amount of hard work from all the boys back at base, which began even before the 2016 campaign ended. The attention-to-detail that has gone into this car is immense, with changes that are more than just skin deep.

“The pressures are very different now. Twelve months ago, we had something to prove. We needed to show that we could win races in the BTCC and be regular podium-finishers – and we ticked both of those boxes pretty early on. As a result, we enter 2017 with revised expectations – and the ultimate goal has to be to go into the final weekend still in with a chance of both the Independents’ and overall titles.”

Those aims are palpably shared by Ingram, who has edged ever-closer to the front of the grid since graduating to the ITV4 live-televised, all-action BTCC in 2014. The three-time Ginetta Champion and former British Karting Champion is eyeing a genuine tilt at the Independents’ Trophy this year – at the very least.

“Donington was a bit of a leap into the unknown for us,” he revealed. “The car had felt really strong in Portugal, but until you get back to more familiar circuits, you can’t quite be sure how that form is going to translate. This represented our first proper opportunity to gauge ourselves against the rest of the field.

“The facelifted Avensis looks awesome and is unquestionably a step forward. It’s very easy to drive on the edge, which is a good feeling and we managed to complete a lot of work and evaluate a variety of different set-ups and race strategies. Being fastest doesn’t mean a great deal at this stage because you never know what your rivals are doing, but it’s always nice to end up at the top of the timesheets and it was encouraging to be so competitive with a fair amount of weight in the car.

“I think we can be confident going to Brands Hatch. We know we have a quick car underneath us thanks to a tremendous effort by the entire team over the winter, but by the same token, nobody else has stood still and it’s clearly going to be an exceptionally tough season – probably the toughest since I joined the BTCC.

“To see 18 cars all blanketed by a second at Donington demonstrates just how close it’s going to be this year, so the key will be to make sure we come away from each weekend with a solid haul of points – and then we’ll see where that leaves us by the time we return to Brands Hatch for the finale in October. I can’t wait to get going!”