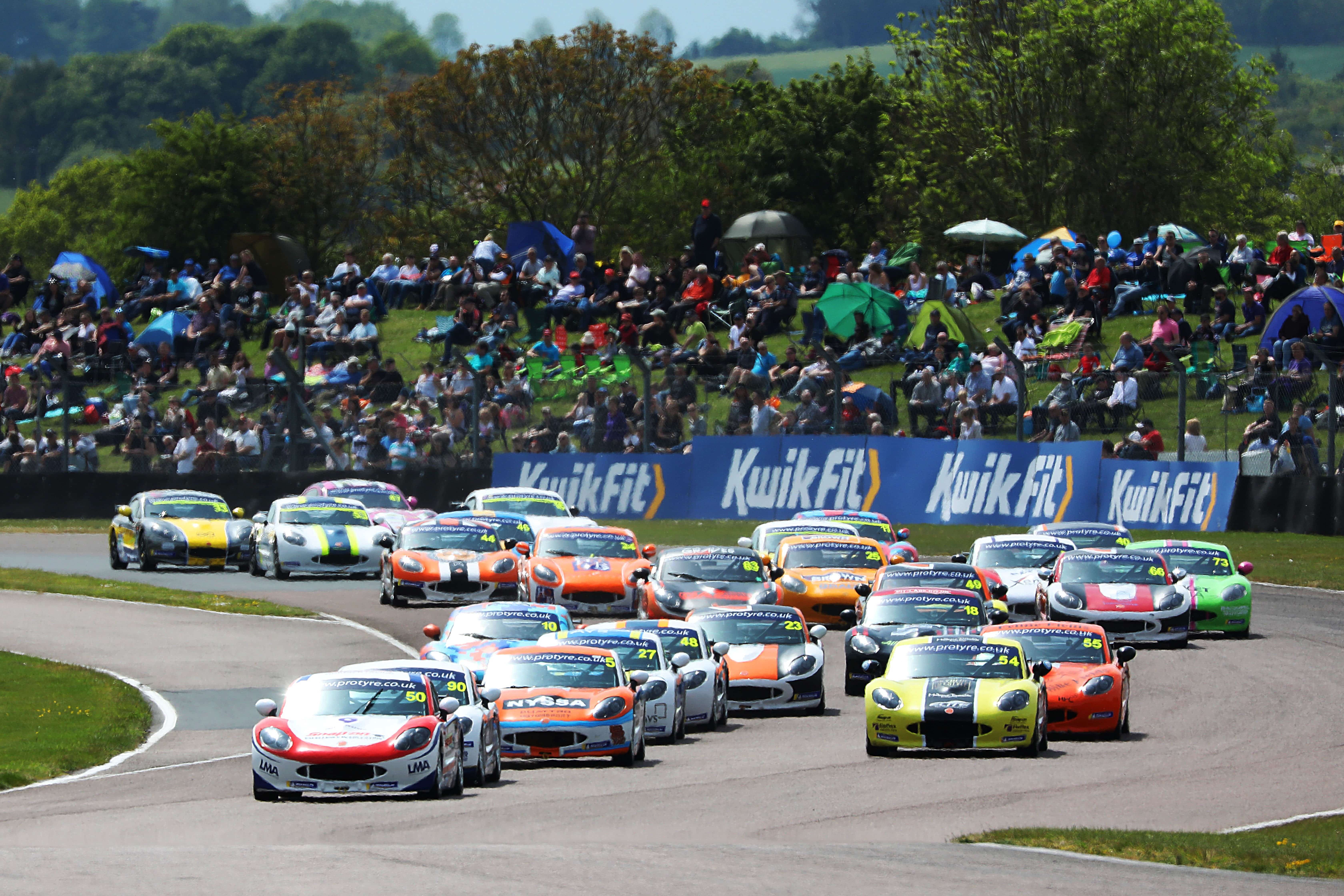 Katie Milner had a dream start to her Protyre Motorsport Ginetta GT5 weekend at Thruxton, earning her first pole position in the championship.

She put her Merlin International car at the front by fifteen hundredths of a second, ahead of Gordie Mutch and David Ellesley.

Pole position in a Ginetta, especially at a fast and flowing circuit like Thruxton, can be a curse as much as a blessing. Although the polesitter has the advantage of a clear track, they also have to contend with their rivals behind them slipstreaming, effectively using the leader as a tow car.

Katie got away fine from pole but sadly, everything changed on the first lap, when a charging Ruben del Sarte and Geri Nicosia hustled through from fourth and seventh. The two of them locked out the front spots for the whole of the race until the final lap, trading the lead. To begin with, Katie kept within less that a second of the battling leaders, but she was unable to hang on and slipped down the order to seventh. Late on, she staged a fightback and reeled in sixth-placed Josh Hislop. By the time the chequered flag fell, she was pulling away from him and towards Josh Malin, who had also lost touch with the leading trio of Nicosia, del Sarte and Scott McKenna. She was five seconds behind winner Nicosia but lapping much more quickly than her finishing position suggested.

After the race, she admitted that she had been too cautious, as well as not having the advantage of slipstreaming from the beginning.

Race 2 should have panned out in a similar way but an incident intervened.

Katie had placed herself securely at the back of a six-car leading group after Malin spun, but Gus Bowers clipped her and spun her car round just before half-distance, leaving her to play catch-up again.

She had had a strong start from pole, leaving behind her earlier, measured approach, but was muscled out of the way by Malin and Adam Smalley. Nicosia also got through in a multiway scrum at Club.

Bowers recovered quickly from the coming-together but Katie was not so fortunate. She dropped down to fifteenth place but never gave up, making up three places in the final two laps to finish eleventh, two-thirds of a second from the top ten and Connor Grady. Her last lap was the second-fastest that time round and her quickest of the race.

“I’ve experienced every emotion this weekend, and it’s been a big learning curve. A huge thank you to the guests of Snap-On, Reis Motorsport Insurance and Nine Group for attending this weekend.”

To find out more about our products click here.