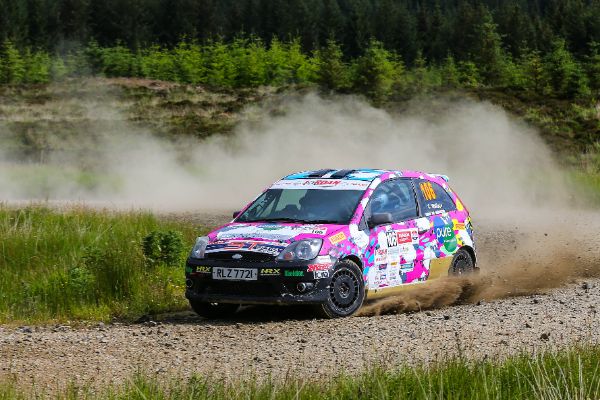 Mitchell had been running as high as sixth overall in the Scottish 2WD Championship on his first rally with co-driver Craig Wallace, punching his little Fiesta into a battle it ought not to have been in.

Unfortunately his rally would end on stage six of eight when damage sustained to his Fiesta pitched him off the road.

But this Award puts him through to the end-of-season shoot-out alongside Scott Macbeth, Jude MacDonald and Scott Peacock.

Mitchell admitted he was surprised to win the Star Driver Award given he didn’t finish the event.

“It’s really nice being nominated for something like this, particularly when we didn’t finish the rally,” Mitchell said.

“I was quite surprised. The rally was a strange tale with the highs of such competitive stage times, but then we were on a bit of a downer after failing to make the finish.

“I was hoping to finish the rally and be nominated for the Award with our pace, so it’s nice to see that our pace is being noticed as usually folk leading rallies are the ones getting all the attention.

“The prize itself would be awesome as I’ve never had much tuition before. Picking up even just little things can make such a big difference to your driving.”

Mitchell admitted he was lucky not to do too much damage to his car in Argyll & Bute.

“We had it in our notes as a left 7 and then a fast right with a little crest jump which was flat for us in our car,” he explained.

“Just as soon as we started braking for the following hairpin left, within about five metres we hit a big rock that had been pulled out and cracked the hub where the bottom arm goes into.

“It chucked the steering wheel to the left, and wouldn’t turn right when I tired, so we ended up being dragged into a ditch relatively softly and thankfully missing all the trees. The main damage was from the stone not the subsequent off, so we were very lucky.

“It was a shame because it was the first time I’d done the Argyll Rally and I really enjoyed it. The stages were like a rollercoaster, up and down with some challenging corners which were really great to drive on.”

Mitchell’s wasn’t the only driver to enjoy himself in Argyll, with plenty of others celebrating winning their respective classes. 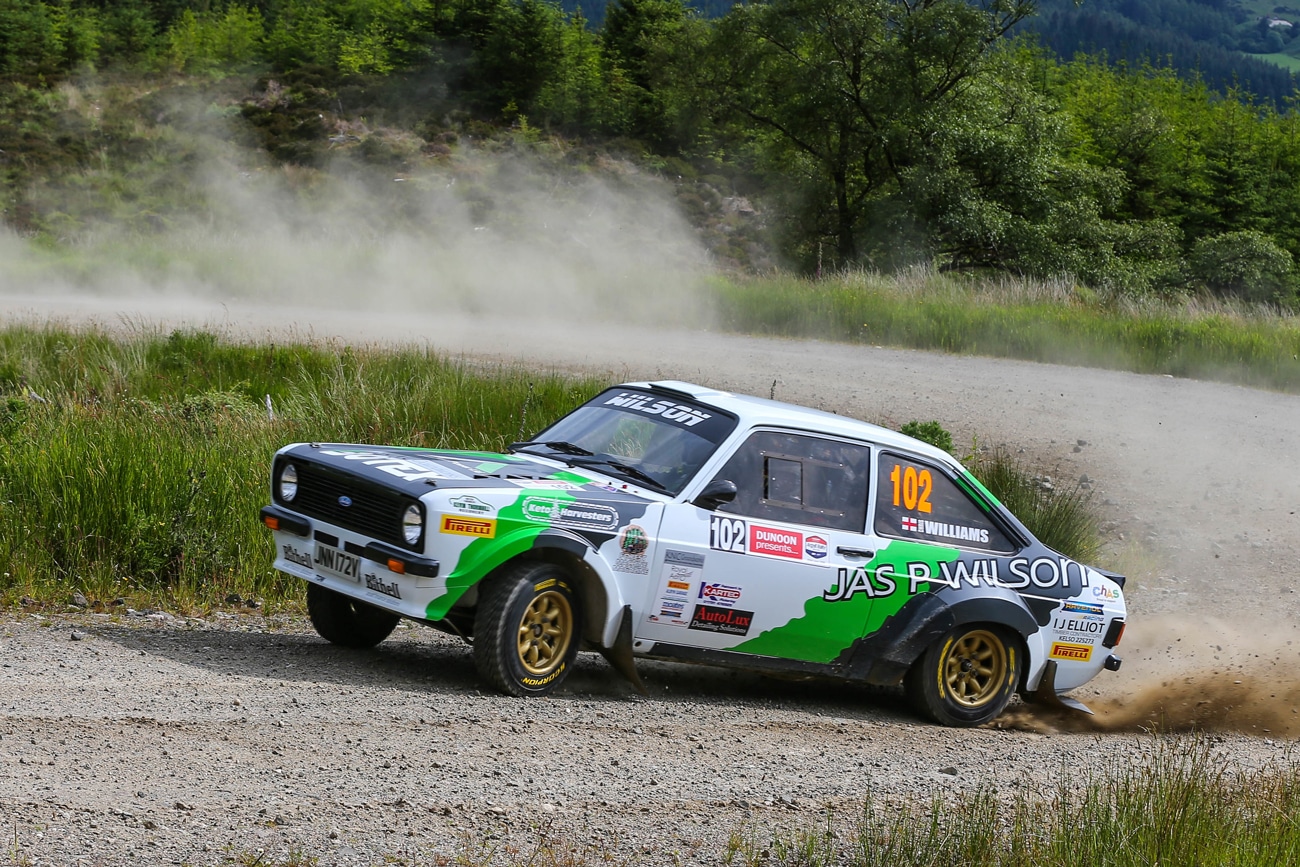 James Campbell and Ricky Finlayson were comfortable victors in their Talbot Sunbeam, cementing their championship lead in the process. Donald Peacock and Chirs Wareham were second as Peacock conserved his Peugeot 205 for a trip to Finland next month.

Jude MacDonald and Michael Cruikshank took a fine 18th overall en route to the class win in their Skoda Fabia R2. Caroline Carslaw and Matt Edwards were second in their Ford Fiesta R2, as expected challengers Angus Lawrie and Paul Gribben nosed their Citreon C2 R2 MAX into a ditch.

Paddy Munro and Keir Beaton steered their Ford Escort Mk2 to an important second class win of the season, ahead of Douglas Watt and Ian Parker’s similar machine. John and Meghan O’Kane endured a torrid event with various car woes but still bagged a class podium.

Historic and Class 5 honours went to Tom Coughtrie and Ian Fraser in their Mitsubishi Galant VR4. Ernie Lee and Patricia Milligan managed to take second in their BMW 325i, ahead of the Ford Escort Mk2 of Ian and Dawn Milne.

Linzi Henderson and Tom Hynd took their first class win of the year in their Ford Fiesta R2T, breaking Carl and Rob Tuer’s dominance. Tuer had an eventful weekend, only just making the start of the rally as his flight from Switzerland was delayed and then retiring on the event itself.

Mark McCulloch and Michael Hendry won Class 7 on their first appearance in the class, debuting their newly acquired Ford Escort Mk2. Paul McErlean and Niall McKenna were just three seconds back, with Duncan MacDonald and Neil Ross only a further second back. That meant just four seconds split the top three.

Alan Dickson and Martin Forrest collected the spoils in Class 10 in their Mitsubishi Evo IX, two minutes ahead of championship title sponsor Kevin Crawford and Andrew Stevenson. John Rintoul and Ross Hynd were third in their Skoda Fabia.

The Class 11 podium was an exact replica of the overall one. Euan Thorburn and Paul Beaton sealed first ahead of Garry Pearson and Dale Bowen and Bruce McCombie and Michael Coutts.

The SRC is now into its summer break, with action resuming in August, with the season reaching its crescendo.

The next round of the series is the Grampian Forest Rally on Saturday 10th August.