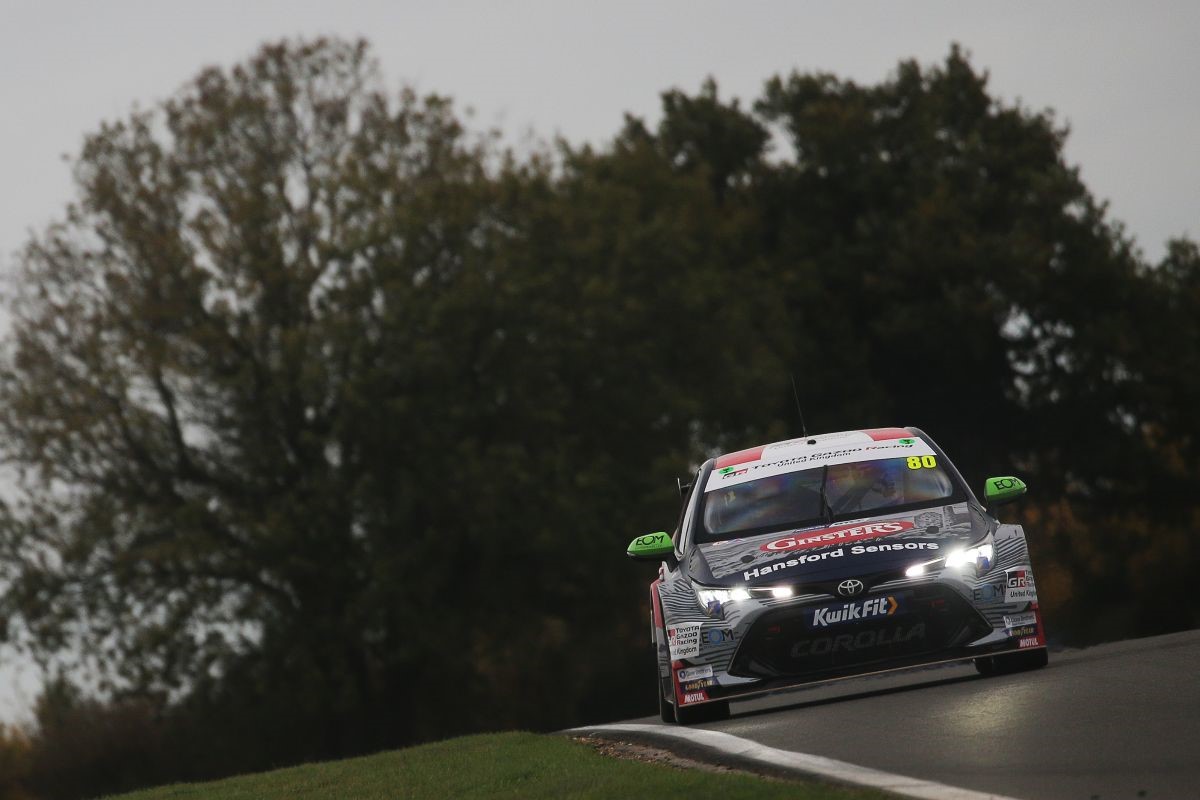 He might by his own admission be the ‘outsider’ in the battle for British Touring Car Championship title glory following a dose of misfortune at Snetterton last time out, but Tom Ingram has vowed to ‘keep on fighting’ until the final chequered flag falls at Brands Hatch next weekend (14/15 November) in his pursuit of the biggest prize in national motorsport.

Behind the wheel of his Toyota Gazoo Racing UK with Ginsters Corolla, Ingram has been a contender from the outset in 2020 in the country’s premier motor racing series. Three victories and five further podiums have kept him in the hunt throughout, and the 27-year-old Bucks-born ace looked set to travel to Brands Hatch sitting just 23 points shy of the summit of the standings – with 67 remaining up for grabs – until he was dramatically harpooned by an out-of-control rival literally within sight of the finish line in race three in Norfolk.

Ingram will consequently head into the finale 34 points adrift of the top of the table, but with his ‘long shot’ status now meaning the pressure is off, the two-time BTCC Independents’ Champion is aiming to replicate his stellar recent form around Brands’ short Indy Circuit – the scene of both his and Northwich, Cheshire-based Speedworks Motorsport’s breakthrough pole position and maiden race win in 2016.

Indeed, Ingram has since triumphed there twice more and has outscored all of his title adversaries at the track over the past two years. Although he faces an uphill challenge next weekend and will require a slice of luck – a rare commodity in 2020 – he has promised to go in all guns blazing and leave absolutely nothing on the table.

All of the doorhandle-to-doorhandle action will be broadcast live on ITV4 on Sunday, 15 November, beginning at 09:20am.

“First and foremost, the fact that we’re going racing at all next weekend is testament to the fantastic job done by the entire TOCA team this year to keep everybody safe and well in the current climate. That is what has allowed the BTCC to get practically a full season of competition in, which is hugely important for the teams, drivers, sponsors and, of course, the series’ loyal fans.

“We are undoubtedly on the back foot going to Brands after being robbed at Snetterton following a superb performance by Tom to climb through the field to third – but by the same token, nothing is over yet. Yes, 34 points is a big ask and we will clearly need a fair chunk of luck, but stranger things have happened, especially in the BTCC. Who knows, if the cards fall our way, maybe we can still pull this off…

“Brands Hatch Indy is a short circuit, and traffic in qualifying allied to the likelihood of iffy weather and low temperatures in November definitely has the potential to throw a curve ball or two into the mix. Qualifying will be super close, and we will go in slightly lighter than the three guys ahead of us in the standings, so we need to make the most of that.

“It’s a track at which we have been very strong in the past, and I’m confident we will be quick once again. It’s been more than a year-and-a-half since we last raced there, and a tremendous amount of development has taken place with the Corolla in-between – to the extent where it has been on the pace everywhere we’ve gone this season.

“We’ve not had the best of luck this year, but maybe it’s time for that to change. It will require some of the characteristic BTCC twists and turns to bring us properly back into contention, but there are a lot of elements in play and we have nothing to lose. We will go into the weekend in a relaxed frame of mind and in the spirit of maximum attack. We’re all thoroughly looking forward to getting stuck in!”

“Obviously it’s nice to be going into the season finale in with a shout of the title for the fourth year in a row, but I’m under no illusions that I’m the outsider in this battle and that realistically, I’ll need a fair amount of misfortune to befall the other guys. We’re not in control of the championship situation, and to be honest, we will approach Brands Hatch the same way we would any other race weekend. All we can do is focus on ourselves and do the best job we can – and at the end of the day, if that’s enough then that’s enough.

“It’s mid-November, so it’s going to be cold and we’ll all be struggling to generate tyre temperature, meaning it’s likely to be a pretty lively weekend! It’s also the first time in a while that anybody will have qualified at Brands Indy with ballast, and around such a short lap – particularly if the conditions aren’t great – that might play quite a big role in slowing cars down, which means we could see some surprises and a mixed-up grid. Hopefully that won’t hurt us as much as it will the three drivers ahead of us in the points at the moment and we can use it to our advantage.

“We all know how quickly things can turn around in the BTCC, and while our chances are obviously slim, nothing is impossible. We’re very confident in our race pace and overtaking ability, and the other guys will all be scrapping amongst themselves and potentially not looking elsewhere, so we need to make sure we pounce upon every single opportunity that arises.

“Ultimately, whatever happens, I’m immensely proud of all the boys and girls at Toyota Gazoo Racing UK with Ginsters for what we’ve achieved together this season. We’ve had more than our fair share of bad luck that has denied us a better shot at the title, but they have knuckled down and given me a fantastic car wherever we’ve been and nobody has taken their foot off the gas for even a moment. We will take that same attitude with us into Brands Hatch and keep on fighting right to the very end!” 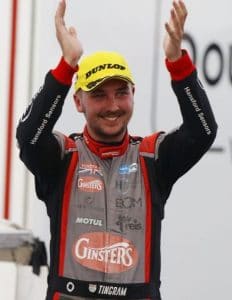 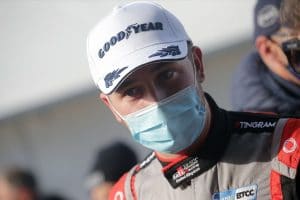 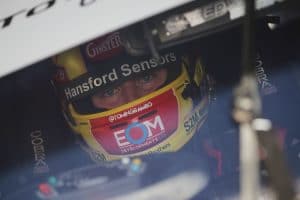 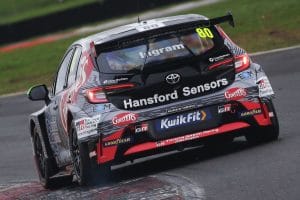 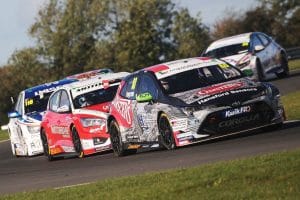 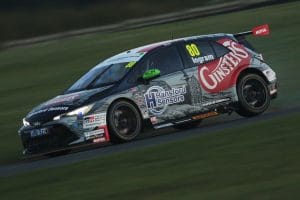 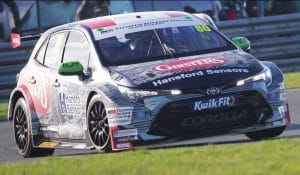 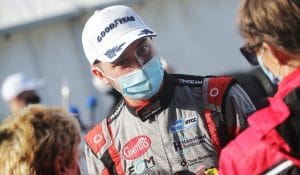 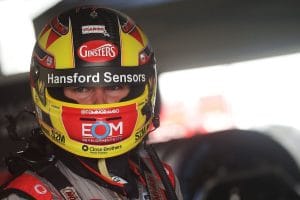 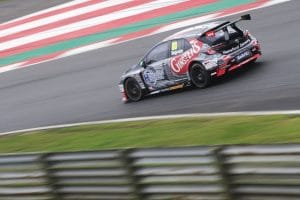