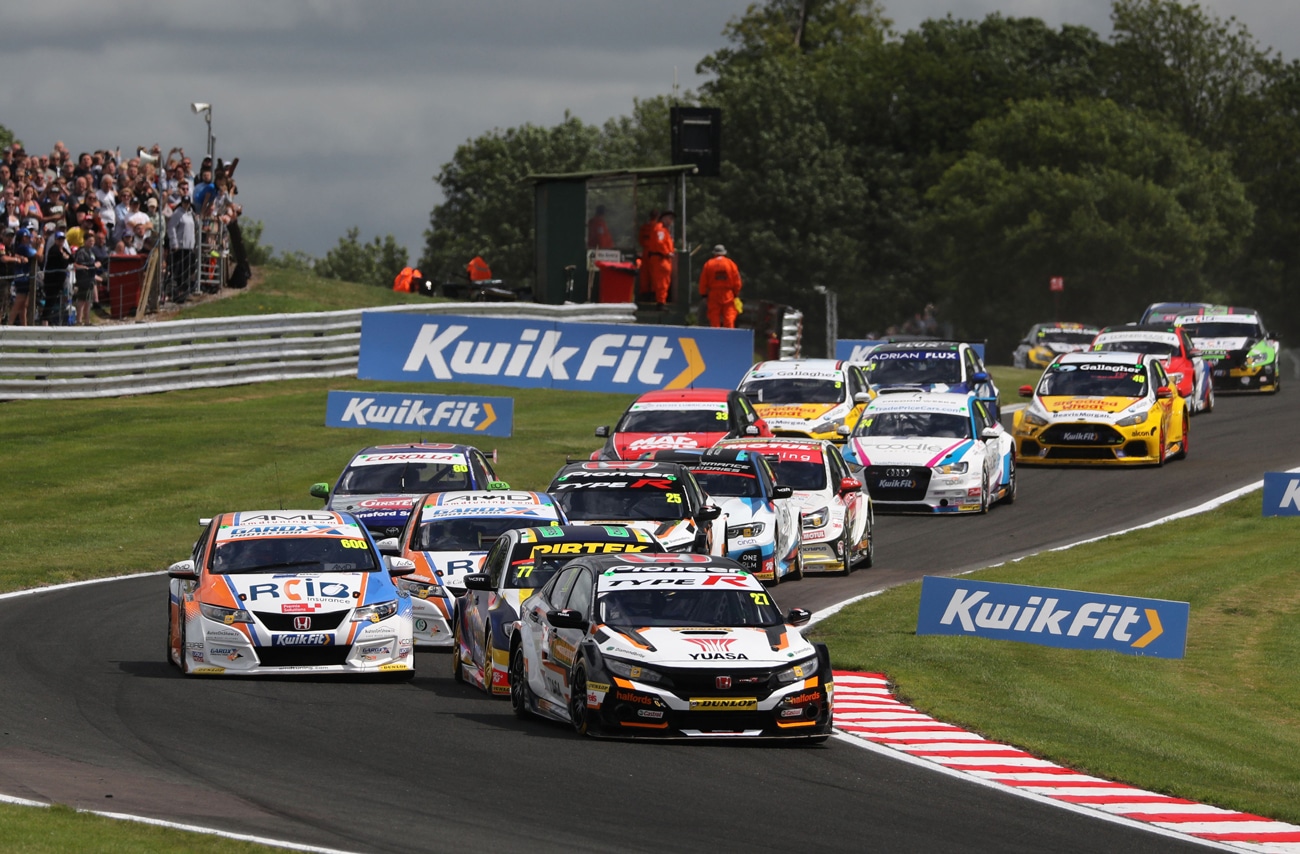 After both Halfords Yuasa Racing cars topped the times in practice drivers Cammish and Neal were confident going into qualifying. But a tight session on the challenging Cheshire track saw Cammish forced to settle for third, under three tenths of a second down on rival and points leader Colin Turkington. Neal’s Civic Type R qualified sixth, under two tenths further back, the BTCC veteran sporting a special helmet marking the 50th anniversary of the moon landing.

Cammish made an excellent start to race one to snatch second place and begin the chase after leader Turkington. With Turkington on the softer option tyre, The Honda initially dropped back but with six laps down was closing in, only for Cammish’s progress to be undone by an accident to his team-mate.

Neal had been holding a strong sixth and closing on the cars ahead, when a mechanical failure forced the Honda into retirement at the fast Druids corner. In the ensuing safety-car period Turkington was able to cool his tyres and on the restart keep Cammish’s Honda behind.

Both Honda drivers started race 2 on the softer tyres. Cammish made another good getaway from second on the grid, but was beaten into the corner by Turkington and his team-mate Andrew Jordan. Thereafter the Honda completed a solid race to rack up another podium finish with third.

Neal’s race was anything but quiet. A great effort by the Halfords Yuasa Racing team saw the damaged Civic Type R repaired in only 90 minutes to get their driver onto the grid, in a lowly 29th start spot. Matt then rewarded their efforts with a champion performance, passing cars on virtually every lap to make up 18 places, finishing 11th and earning potentially vital championship points.

More reward quickly followed as the draw for the reverse-grid final race placed Neal’s Honda on the outside of the front row. While beaten off the line by pole-sitter Jake Hill, going into lap 3 the Honda powered past into the lead, only for Hill’s car to make contact with Neal’s and pitch the Civic Type R into a wild spin.

Neal recovered, dropping to 17th and then fighting his way back to finish a frustrated 12th. This became 11th when Hill, who had won the race, was penalised 20 seconds for the contact with the Honda. Cammish, who had started 10th, was also badly delayed in the melee from Neal’s spin, dropping to 24th but recovering to finish 16th, just out of the points.

The frustrated Honda squad will now put the meeting behind them and head in a month to the next rounds at Snetterton in Norfolk – scene last year of a major triumph for the team when Neal took the BTCC’s 60th anniversary ‘Diamond Double’ race. 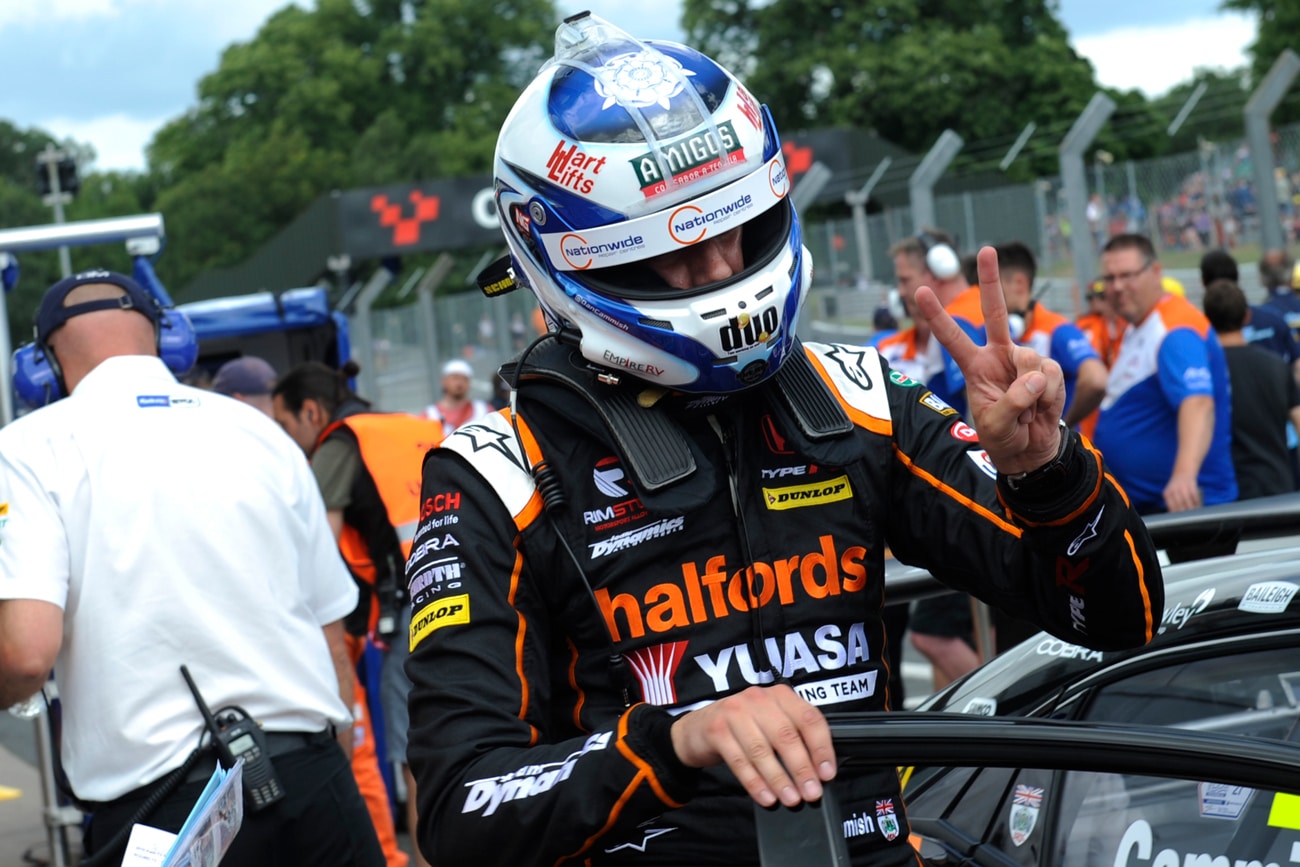 Another weekend that promised much but did not deliver all of it through no fault of our own! I was pleased to keep racking up the podium finishes as consistency has so often proven so important in this championship. But what happened in the last race was so frustrating – Matt could very well have taken our first win of the year and my race was ruined as well.
We were clearly the strongest team apart from the one leading the championship, so we will go to Snetterton next month in confident mood. I was on the podium there last season so I’m looking forward to the races.

A weekend to forget for me. I was strong in the first race only to be robbed by a mechanical issue. That put me on the back of the grid for race 2 and I was pleased to battle my way up the field, especially when the grid draw put me on the front row for race 3. But then of course it all went wrong, through no fault of my own.
The only thing to do is put this meeting behind us and head on to Snetterton, a meeting I’m really looking forward to after my win in the Diamond Double last year.