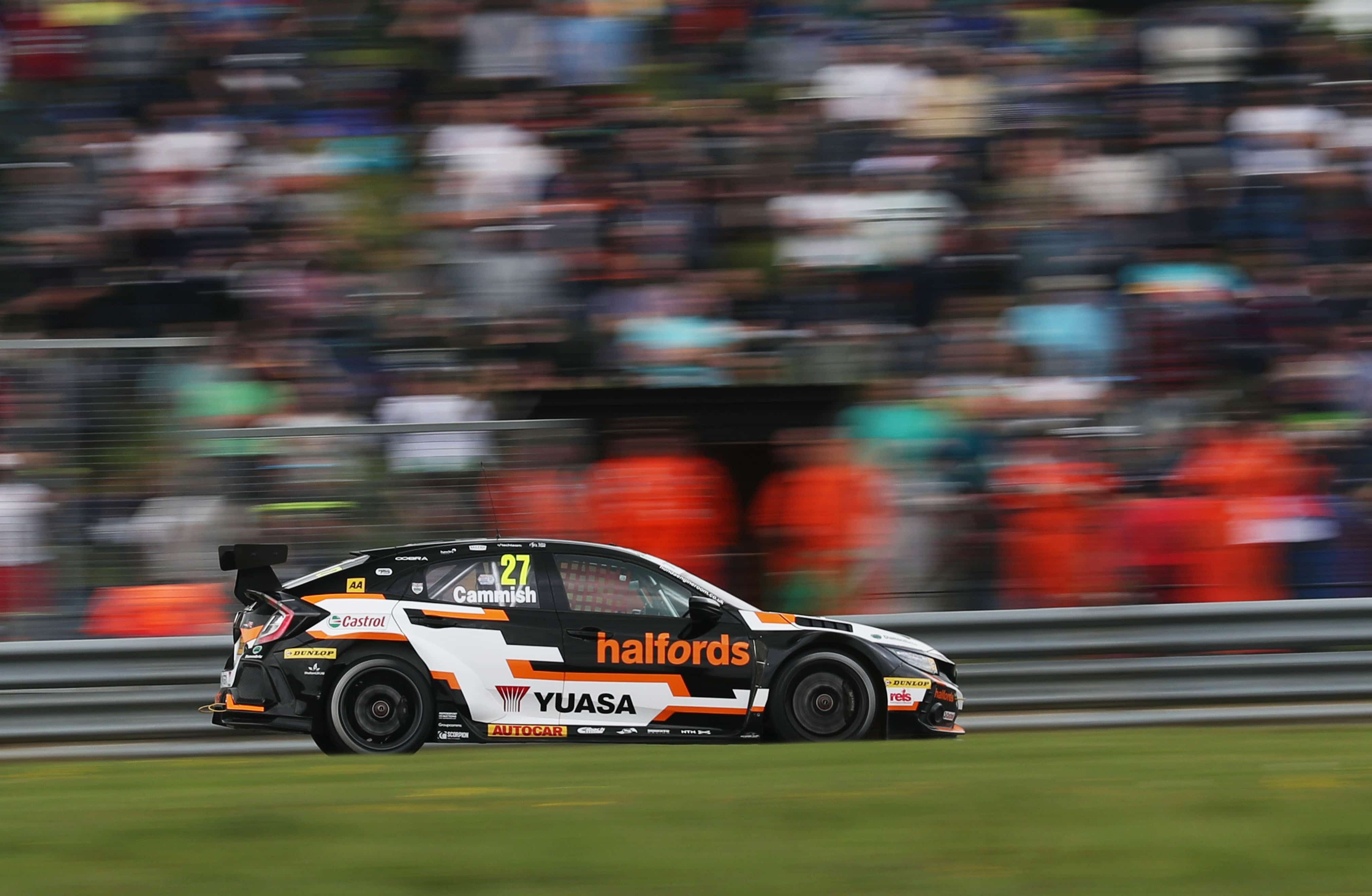 Dan Cammish scored a brace of podium finishes, consolidating Honda’s lead in the Manufacturers’ Championship, as Halfords Yuasa Racing moved to the top of the Teams’ standings at the British Touring Car Championship’s first trip to Thruxton of 2019.

Cammish started the first race from the outside of the front row and after dropping one position off the start line to eventual race winner, Andrew Jordan, he held onto third and the final podium spot. In the second Honda Matt Neal gained one place from his grid position to finish seventh after a race-long duel with former champion Ashley Sutton.

It was same again for Cammish in race two, the Honda Civic Type R holding onto the leading duo for all 16 laps and completing the podium for the second time of the day. Neal, meanwhile, worked his way up the field to ensure both Hondas finished in the top five.

A threat of rain lingered over the final race, but never amounted to any more than light drizzle. Starting seventh and ninth on the reversed grid, both Neal and Cammish avoided a first lap crash, which helped them progress to fourth and sixth respectively. The pair of Civic Type Rs stayed out of trouble for the remainder of the race to complete a strong points haul for the team.

With six strong results from the meeting, Honda extended its lead in the Manufacturers’ standings to 15 points over BMW, and the Halfords Yuasa Racing jumped to the top of the Teams’ standings, again leading Team BMW. Both Neal and Cammish also now sit in the top ten of the Drivers’ Championship.

We were pipped to the podium at the end, but I’m taking the positives out of it. Between the two cars we’ve had six decent top ten finishes, and we scored good points in the Drivers’, Manufacturers’ and Teams’ Championships. It could have been better, but all in all it’s been a positive weekend.
Of course we’d like to win, but it’s onward and upward. The BMWs and Subarus historically have been in a league of their own at Croft, which is the next round in four weeks, so we’re under no illusion. It’s nice to have a bit of a buffer, and then it’ll come back round to us again later in the season.

It was a great weekend. I came here knowing we’d be strong and with the intention of coming out as the highest scorer of the weekend. It looks I missed out on that one by a single point to Andrew Jordan, but this is probably the strongest weekend I’ve had in the British Touring Car Championship – to come away with two thirds and a sixth, to score 41 points, it’s a mega day.
I’m back into the top 10 in the championship and I’m fired up to move this forward. I cannot wait to come back here in August and get even higher on the podium.