Records, Trophies and Championship titles added up to a great weekend for Halfords Racing with Cataclean! 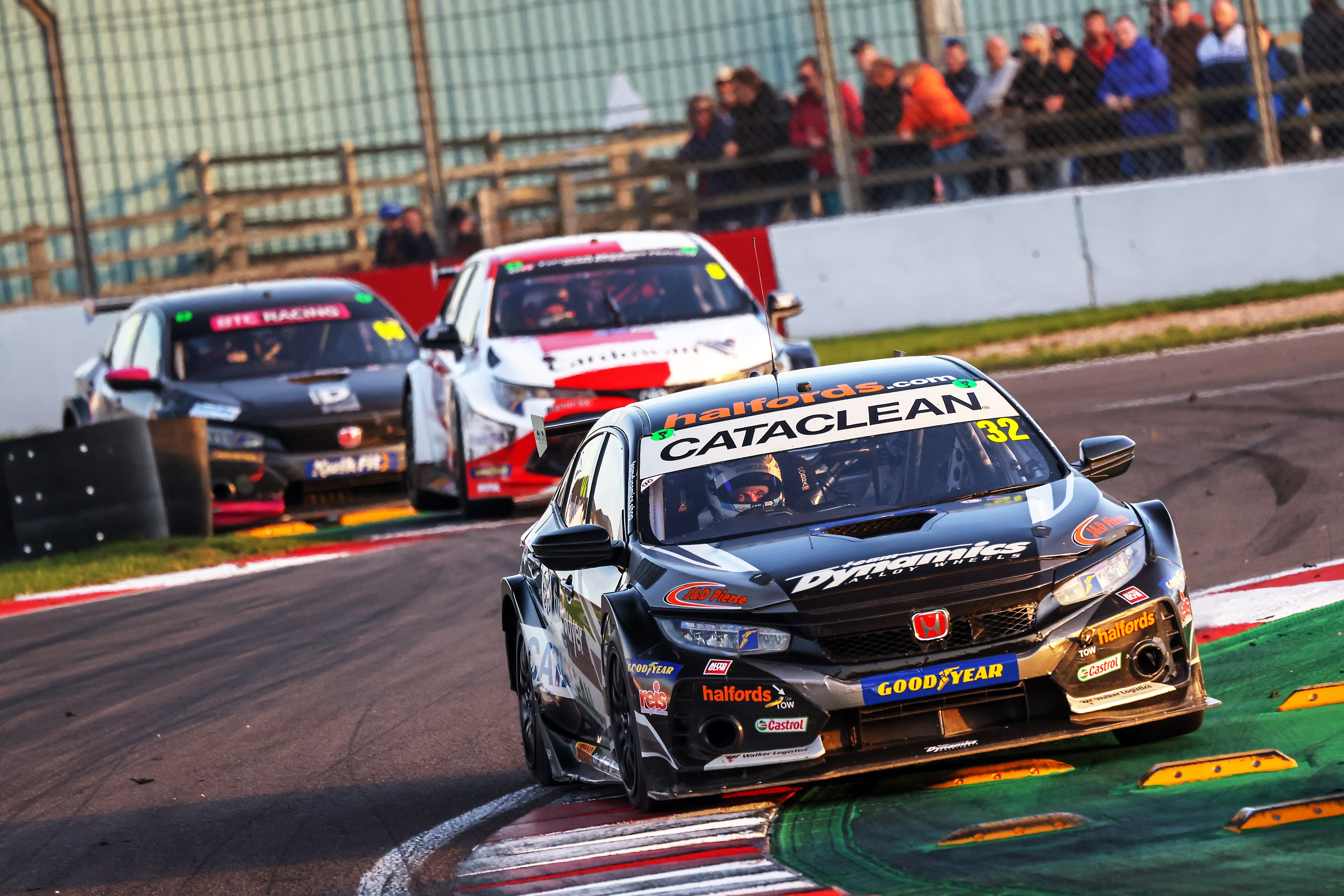 Saturday again saw a top 10 shootout for pole position and with both drivers making it through to the shootout it was a tense session, with the fastest times coming in the latter laps, but an amazing effort by Gordon Shedden put him on top of the times with a new qualifying lap record! 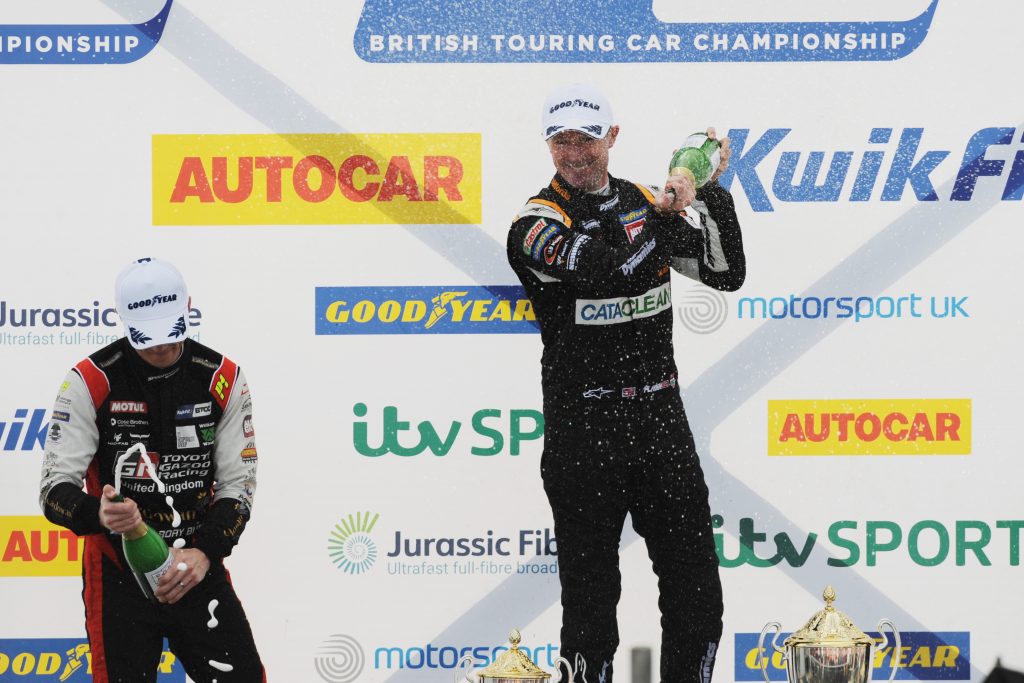 Dan fought hard and was just 3/10ths of a second slower by the chequered flag, but with such a quick lap around the team’s home circuit, he had to settle for 7th.

Race 1 was a light to flag victory for Flash, being given constant pressure from Dan Lloyd behind him, he managed his pace and the gap to claim his first win of the season. Dan was fighting hard and making progress when unfortunately contact with Cook saw him off the track and demoted down the order, eventually finishing in 14th place. 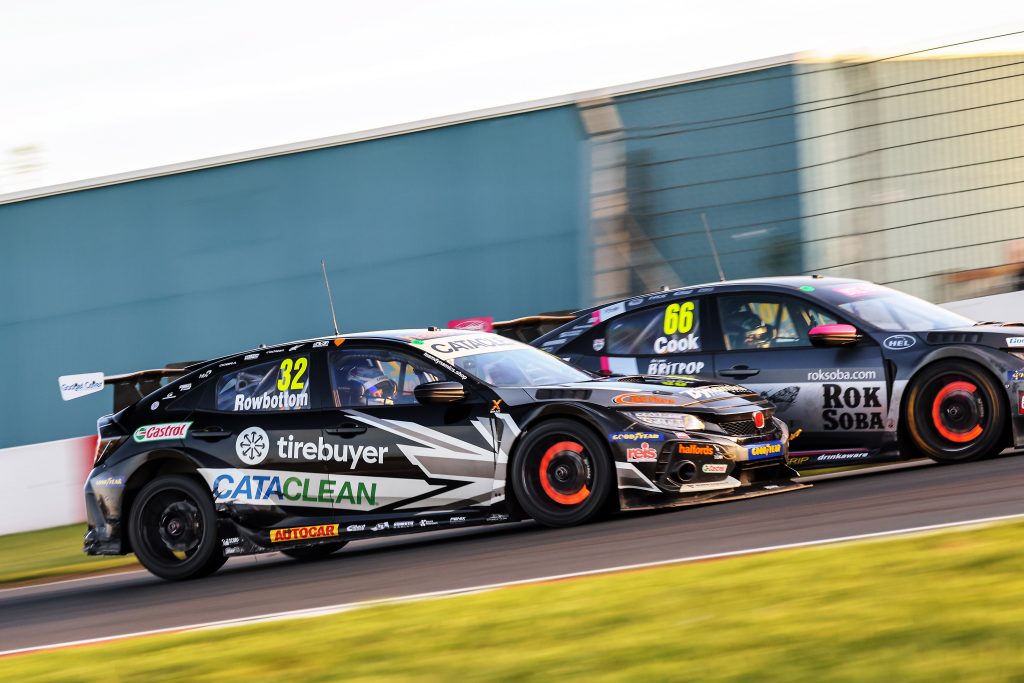 Race 2 was a hard-fought affair for both drivers, Flash led away from the line, but was overtaken early on by Rory Butcher, however following an awesome dive under brakes he reclaimed the lead from Rory and looked to be comfortably controlling the race.

A fast charging (and light) Tom Ingram however had different ideas and was soon on the tail of the weight laden car of Gordon. He passed Gordon, but this was deemed to be an illegal ‘push to pass’ move in the Stewards office later and the positions were reversed for Gordon to win his second race of the Day and his 50th win in the Championship.

Dan made excellent progress through the field to finish in the top 10 and to also win the Jack Sears Trophy Title with four more races to go! 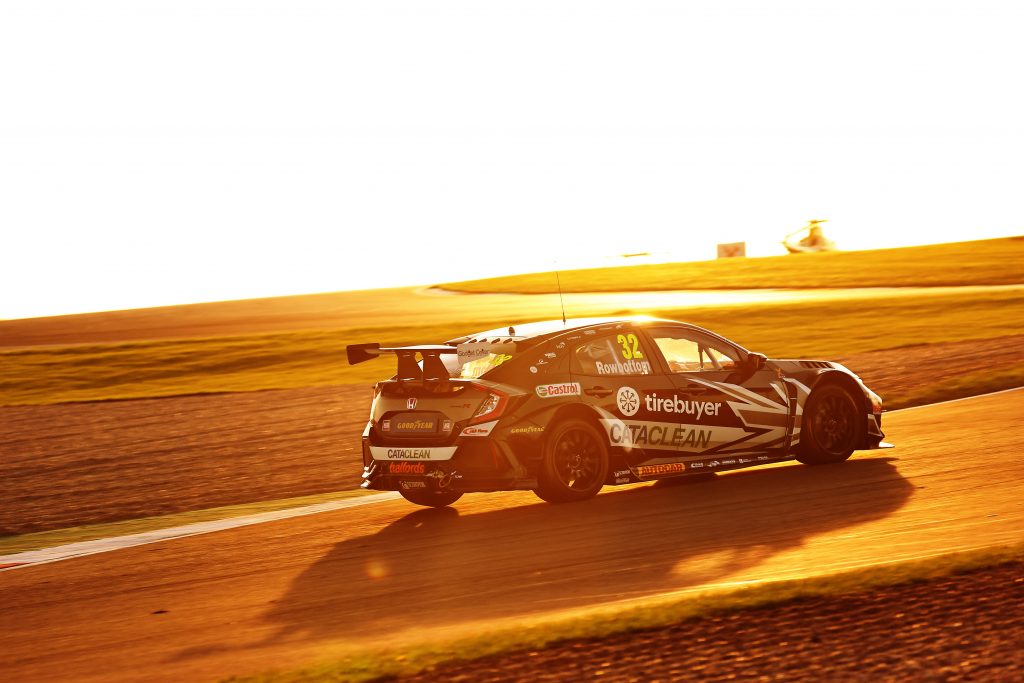 Race 3 saw Dan drawn P2 on the reverse grid and Gordon P11. This race wasn’t to go quite to plan for either driver with Dan being shuffled down the order early on after a brave overtake saw him hung out to dry and Gordon was left fighting in the mid pack.

Dan recovered to fourth on track but unfortunately also picked up a 5 second penalty for being out of his grid box that saw him finish in P6 and Flash came home in P13. 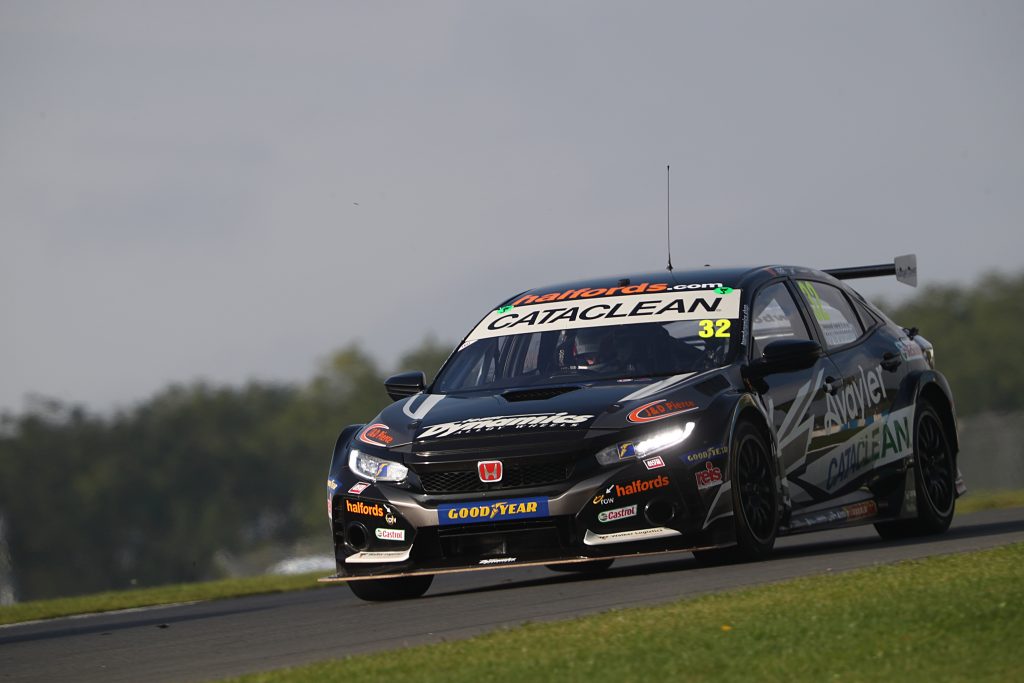 Gordon added “Wow what can I say! I’ve had a great car under me all weekend and it has just felt completely hooked up! Shootout qualifying is always tricky for the front wheel drive cars as we only really have one lap to do a time, but I managed to put in one of the best laps of my career and bingo I’ve broken the lap record. The first race went to plan for me, and I managed to control the gap to the cars behind. The second race was a bit trickier with the weight on and I had Rory and Tom buzzing around behind me. I feel sorry for Tom, but it was a push to pass move and that unfortunately is no longer allowed. Race 3 I was just caught up in the usual last day at school melee and struggled to make progress. But I’m chuffed with that weekend overall, awesome results and I can’t wait to get to Brands in two weeks’ time!” 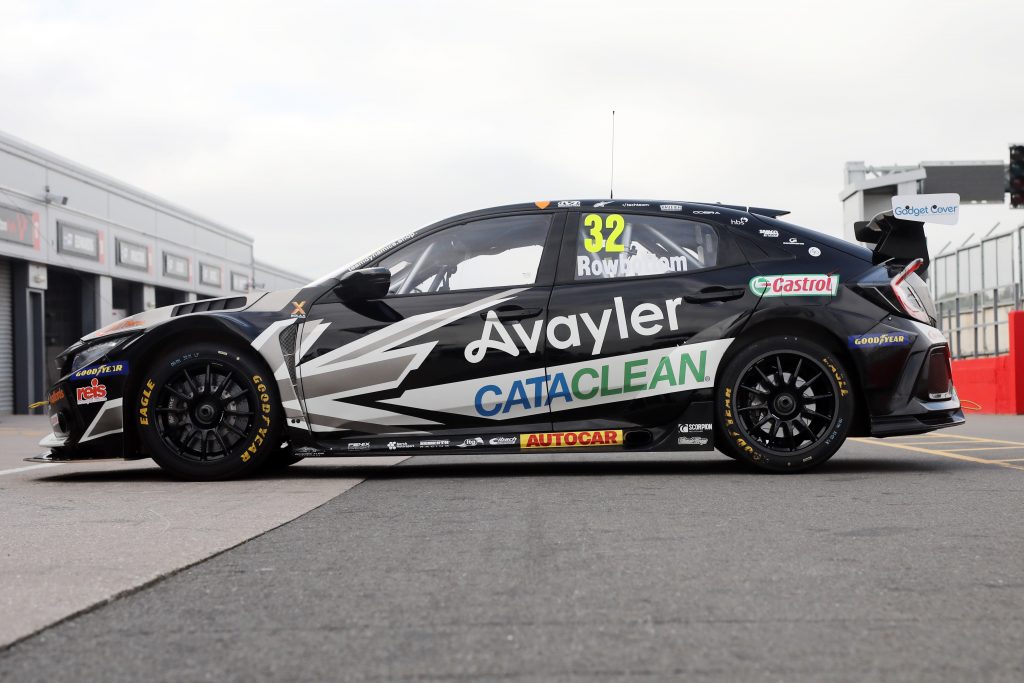 Daniel Rowbottom commented “That was a frustrating weekend. I thought after qualifying I can fight from 7th position, but other drivers had a different view, and we seem to have BTC targets on both our cars at the moment! But to come away with the Jack Sears Title is fantastic, particularly with one more round of the Championship remaining. I’ll be glad to get away from here tonight, but I’m genuinely looking forward to Brands, love the circuit and the car goes well there, so let’s have a great finale!” 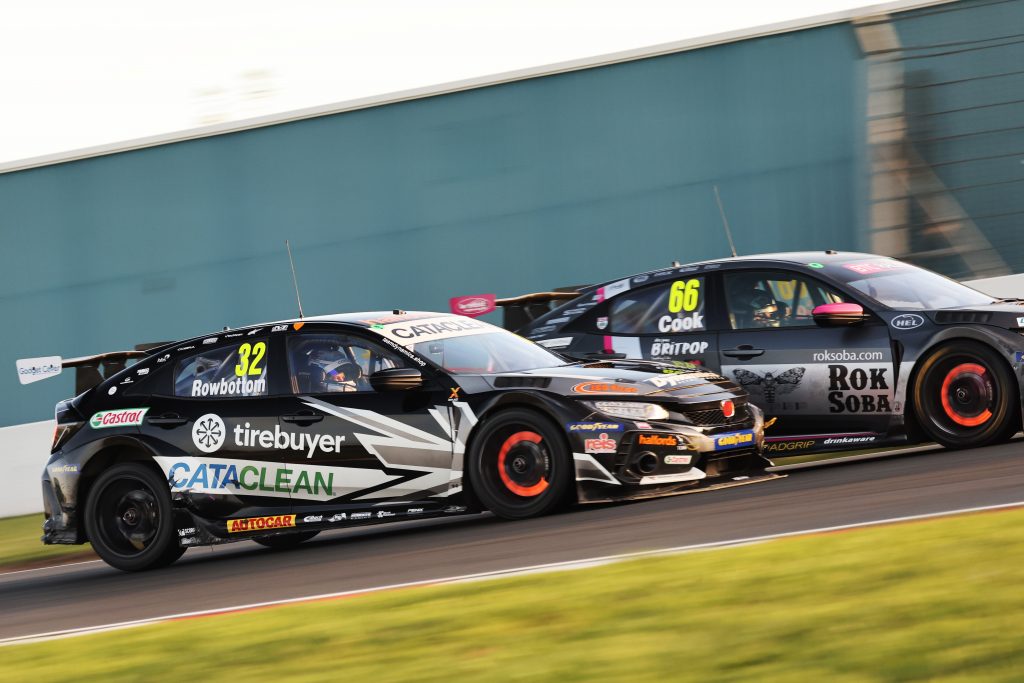