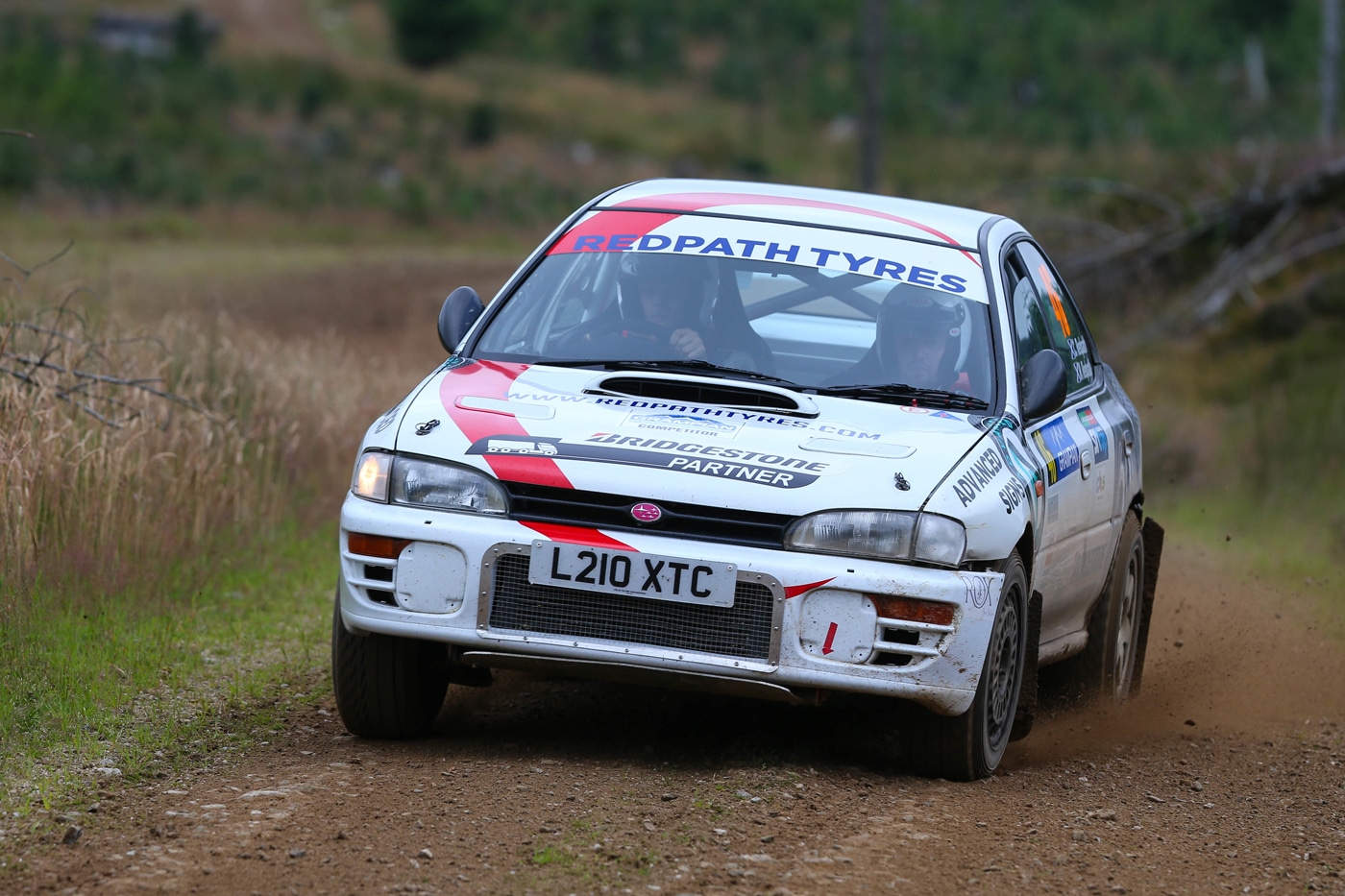 Redpath switched to a Subaru Impreza for 2019 after winning the SRC Junior title in 2017 behind the wheel of a Peugeot 205, and has impressed all year long with some tight battles with class rival and championship associate sponsor Mike Moates.

Scooping his third victory of the year on the Grampian along with two second places was enough to assure Redpath his second SRC title in as many years; and it was this measured performance and prowess behind the wheel that made the judges take notice and nominated him for the John Horton Star Driver Award.

Redpath will now join Scott Macbeth, Jude MacDonald, Scott Peacock and Bobby Mitchell in the end-of-season shoot-out for a day’s driving tuition with an expert driver.

“I never imagined I would ever be nominated so to be chosen by the judges for the Award was a shock and I am very grateful, especially up against the likes of [fellow nominees] Keith Morris and Duncan MacDonald,” Redpath said.

“I just wanted to keep my head down and do as well as I could, so any awards like this are a bonus.

“The Grampian was a great rally for us, a good laugh as well. We had hoped for some rain to give us an advantage over the two-wheel-drive cars, but that wasn’t to be. We lost a brake calliper just before service which made the afternoon quite difficult but we managed to keep it up and take the Subaru Cup.”

“Bearing in mind we took 2018 off to find a different car and then jumped from the Peugeot to the Subaru, we are so happy with how we’ve performed considering. I can’t thank the team enough. I know everybody says it but neither Callum nor I would be here without them.”

Redpath wasn’t the only driver celebrating in Aberdeenshire. A whole host of drivers took decisive class victories across the field. 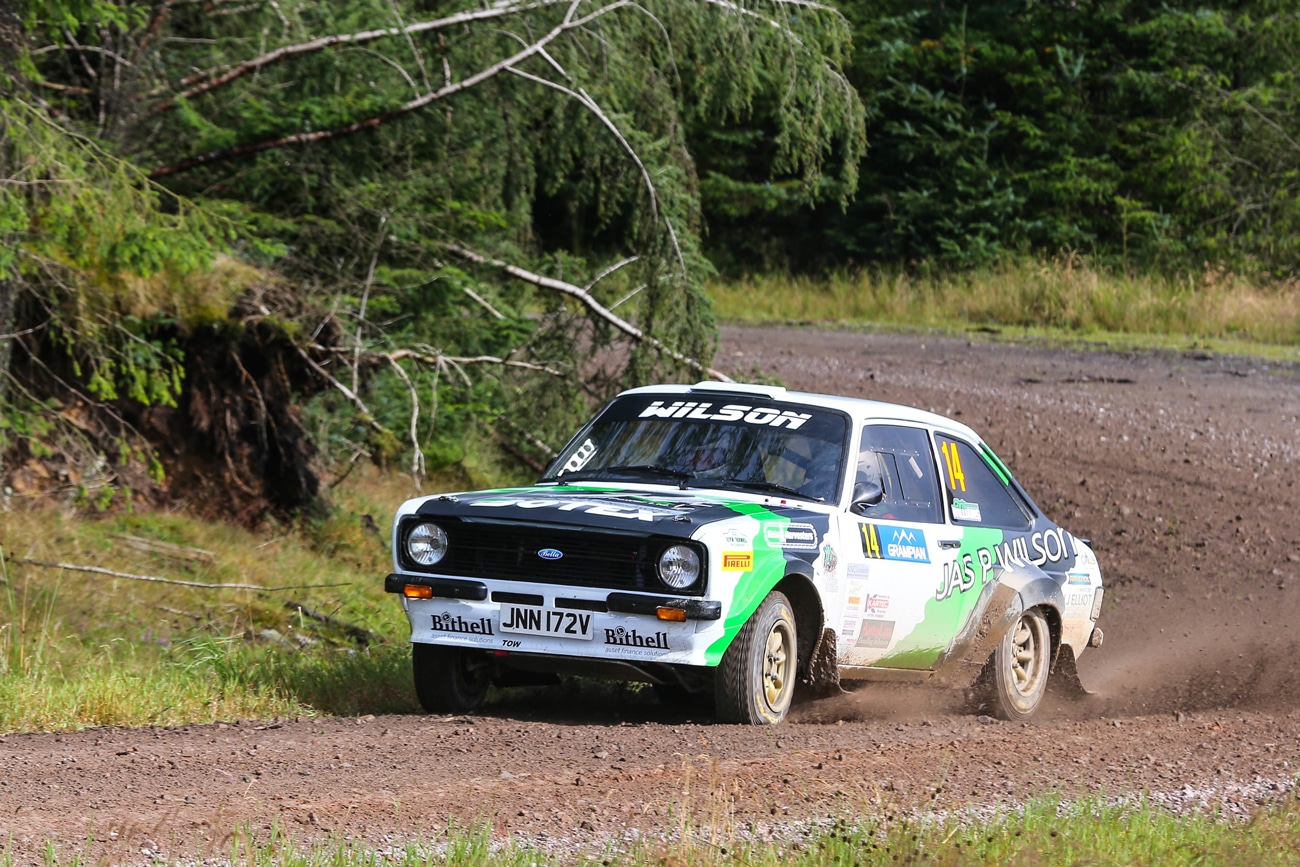 Class 1: Scott Peacock and Robin Neil had become the Class 1 champions in the lead-up to the event, and celebrated with another class win in their MG ZR.

Class 4: Douglas Watt and Ian Parker took a decisive step towards the class title with victory in Aberdeenshire, as their Ford Escort Mk2 had been locked level with Paddy Munro’s similar machine. But sadly Munro and navigator Gordon Chalmers failed to finish after sliding off the road on the final stage.

Class 5: Historic and Class 5 honours went to Tom Coughtrie and Ian Fraser in their Mitsubishi Galant VR4. Ernie Lee and Patricia Milligan were second in a BMW 325i ahead of Ian and Sandy Milne’s Ford Escort Mk2. The victory maintained Coughtrie’s 100% streak and assures him of the class title with a round to spare.

Class 7: Duncan MacDonald and Neil Ross headed Class 7 in their Ford Escort Mk2 ahead of the similar car of Paul McErlean and Niall McKenna. Robert Adamson and Jane Nicol completed the podium in another Escort.

Class 8: Iain Wilson and Chris Williams were Class 8 victors in their Ford Escort Mk2 as they nudged towards the class and overall 2WD titles. Gordon Murray was second in what is thought to be his last ever rally, ahead of Keith Robathan and Steven Brown’s BMW E30.

Class 9: Michael Binnie and Claire Mole edged Thomas Gray and Harry Marchbank for the second rally in succession in their Mitsubishi Evo IX’s, taking the Class 9 title in the process with their fifth straight victory. Ian Baumgart and Sinclair Young were third in their Subaru Impreza.

Class 10: Jock Armstrong and Kirsty Riddick took a class win to complement their second place overall. Keith Morris and Terry Mallin took their Evo IX to second ahead of the similar machine of Alan Dickson and Martin Forrest. 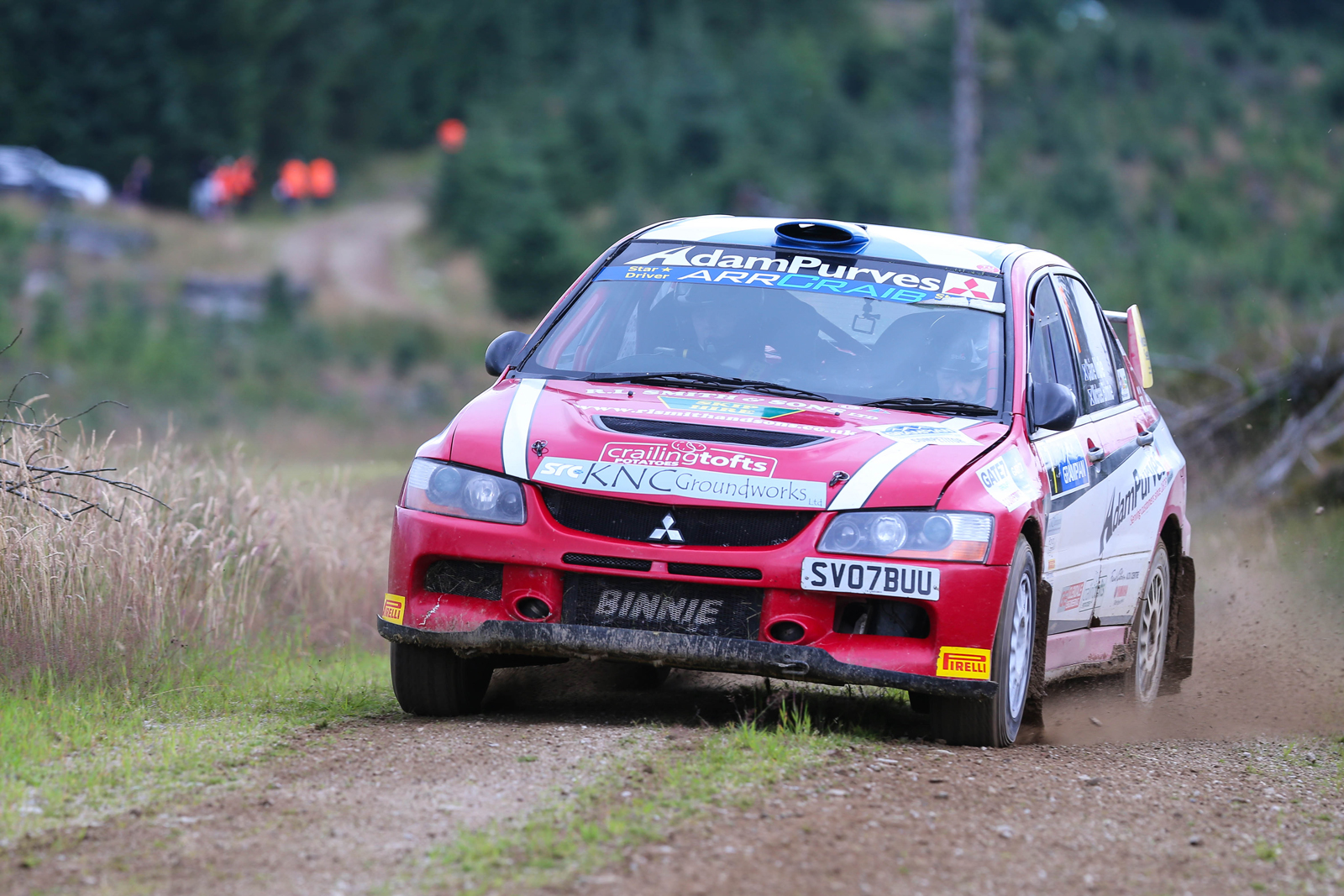 Up next for the SRC is the final round of the series in Dalbeattie. Five classic special stages are set to round out the season, and could prove decisive in settling some scores among the classes. Entries are open and can be made here.

The next round of the series is the Armstrong Galloway Hills Rally on Saturday 14th September.