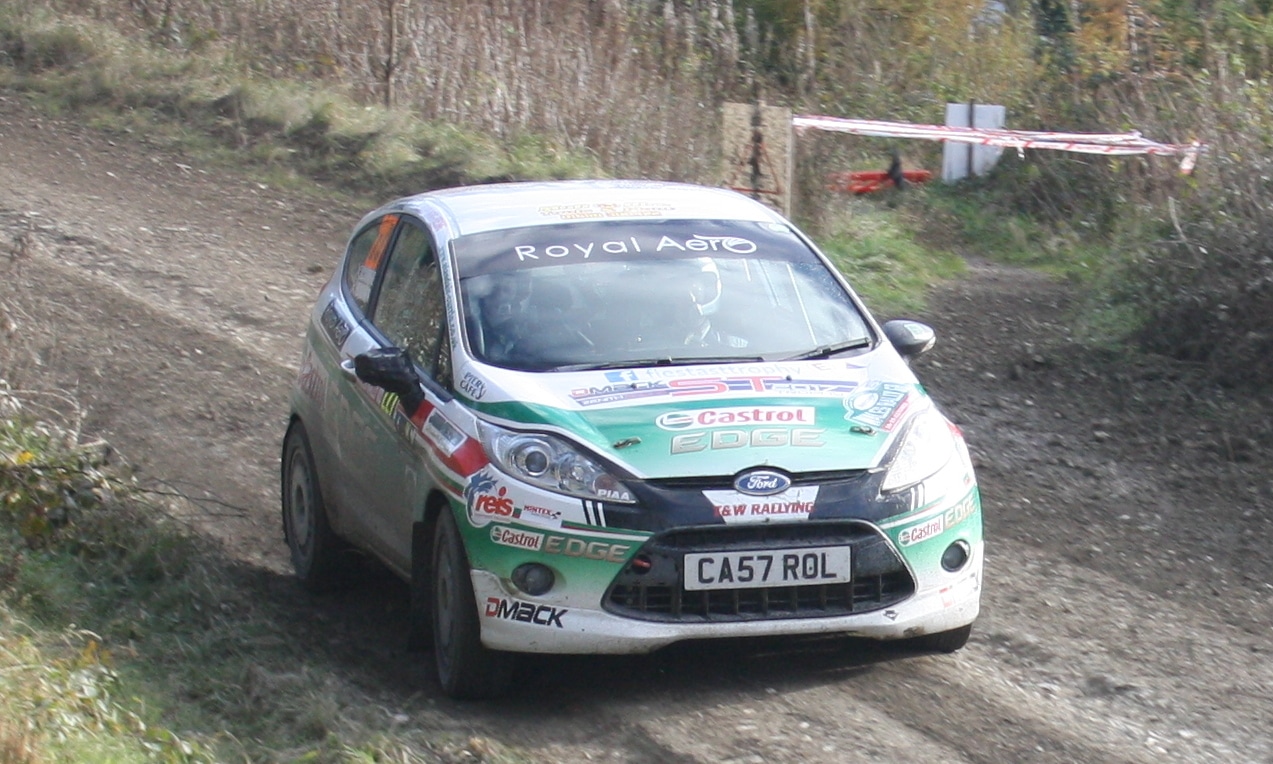 Twenty year old Mull resident, Alasdair Currie demonstrated his talent by taking a class win and 16th overall out of the 66 finishers in the Wales Rally GB. The crew set fastest times in his class on all eight stages on the tough National Rally section of the penultimate round of the FIA World Rally Championship.
Alasdair drove the Castrol Fiesta R2 as part of his prize for coming second in the 2016 DMack ST Trophy, together with a free entry, subsidised tyre package and supported insurance cover from REIS Motorsport Insurance.
This was Alasdair’s first time in an R2 car and only his first season of gravel rallying making this result even more impressive.
The crew drove faultlessly and the only issues the team had were a spin and knocking a door mirror off, which was also impressive given the very slippery conditions, that the event is well known for.
Alasdair and Steven drove the same stages as the International crews and was very competitive running inside the top six, despite being in the older specification Fiesta R2.

For more information on our products, please click here.