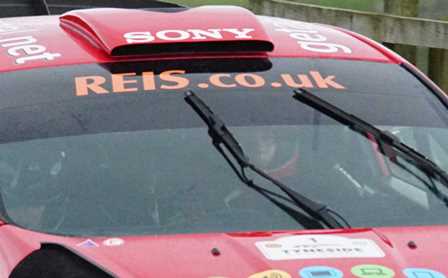 Following a highly successful partnership with the BTRDA supporting the MSA Asphalt Rally Championship for eight years and the gravel-based BTRDA Rally Series for four years, motorsport insurance specialist REIS has decided not to renew its sponsorship agreements with the association for 2016.

REIS, who also support the BTRDA All Rounders, were instrumental in providing commercial backing as joint partners alongside mobile phone retailer Get Connected throughout a very difficult period for the sport, when event entries were reduced due to the economic downturn. On hearing the news, organisers of both series’ complimented REIS for its support.

MSA Asphalt Championship Co-ordinator, Andrew Haill said: “All of us at the MSA Asphalt Rally Championship are indebted to REIS for its support over the past eight years. Despite major economic pressures during this time, REIS’ input has been a key factor in showcasing the Championship to a much wider audience.”

BTRDA Rally Series Organiser, Norman Robertson added: “The BTRDA has greatly appreciated the support of REIS and recognises that, over its four-years of association, the company has helped us propel the BTRDA Rally Series to the very forefront of British rallying. It has been a most successful partnership and we wish REIS and everyone within the organisation continued success.”

Head of Motorsport Broking at REIS, Phil Barnard said: “We have been proud to sponsor the the BTRDA Rally Series and the MSA Asphalt Rally Championship over the past eight seasons, relationships that were maintained through some difficult economic times and contributed to providing dedicated TV coverage. Going forward, we have decided that the time has come to enter sponsorship territories that reflect the wider scope of our business, both at home and overseas, details of which we will announce in the New Year. I would therefore like to take this opportunity to thank the BTRDA committee, organisers and competitors for their support and wish them every success in the future.”

Having developed its operation to become a global insurance provider, REIS is now on target to write premiums in excess of £6m this season. A recent independent survey complemented the company on its exceptional and bespoke personal service and its exemplary claims experience. REIS’ policies cover a wide range of motorsport activities at national and international level, including: LMP sportscars, Touring Cars, World Rally Cars, GP2, Formula E and Indy Cars, with its clients ranging from club racers through to full-time professionals, as well as high profile celebrities and film stars.