An afternoon of thrills and spills at Brands Hatch in the inaugural 2021 Ginetta GT Academy saw Reis-sponsored driver Martin Wills claim seventh place in the final race of the day.

Wills, driving for Assetto Motorsport flag, provided much of the drama in his “Pink Panther” G56, having started from 12th place on the grid before shooting up to sixth in the first lap.

That lap also saw a three-car collision and the intervention of a safety car, before the race restarted and Wills moved into fifth to take part in an intense battle for fourth place with just-ahead Lee Frost.

“Where there’s a Wills there’s a way”, proclaimed the commentator as the race was broadcast live on YouTube. Wills’ duel with Frost carried on, as he tried again and again to overtake.
“He’s looking left, he’s looking right, the amount of weaving he’s doing he could knit a jumper”, the commentator added.

Shortly after, Martin moved into fourth just before Paddock Hill Bend. But his ascendancy was short-lived, as he briefly lost control and spun out, dropping down into seventh at the chequered flag.

Race highlights later showed a front piece of his car fly off as he headed for the final lap.

Martin, who’s also General Manager of Vision Vehicle Solutions, said: “It was one of my best and most enjoyable races, it was fantastic. I’m going to need a new bumper though. I’m looking forward to the next one.”

The GT Academy race at Brands Hatch on 23 May 2021 finished with Toby Trice winning all three races. 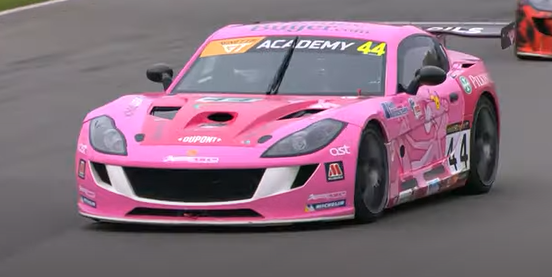 The next big date for Martin will be the two-day GT Academy race at Donington Park on 10 July.