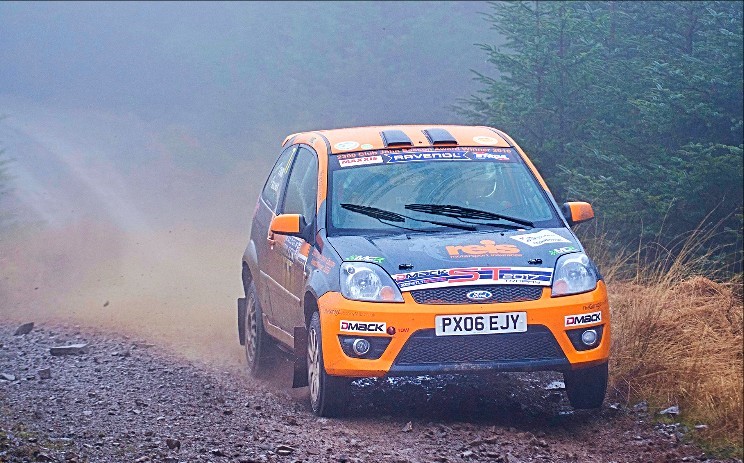 Bingley rally ace Sam Bilham has his sights firmly set on a second Fiesta Trophy win of the season at this weekend’s Ravenol BTRDA Rally Series qualifier, the Somerset Stages Rally. The 2300 Club John Easson Award Winner and co-driver Cameron Fair will make the long trip to Minehead in a bid to retain Bilham’s lead in the competitive single make formula.

The 20 year old narrowly missed out on taking the Fiesta Trophy title in 2016 and is aiming to go one better than his runner up spot last year. Thanks to his round one victory, all the signs are looking good so far and Bilham heads to the South West event in a confident mood.

“It was pretty amazing to have won the Malcolm Wilson by such a big margin (almost two minutes) but I do realise that it won’t always be that easy” he says.

“But I do know that there is plenty more to come from me and the car. It was the first time Cameron and I had sat together so we needed a little time to bond in the car too, but we will be much more settled for the Somerset Stages. The other guys in the championship are only going to get quicker so we need to progress too”.

Whilst the sea front at Minehead houses the rally base, the stages are contained within the surrounding Exmoor forests and have a unique quality for the drivers in the series. Not only do crews need to tackle two runs of the all asphalt Porlock Toll Road, but contain a high number of shorter stages which can present its own challenge.

“The rally really can’t be won on the short stages but they can certainly be lost” says Bilham.

“It’s a bit of a balancing act trying to find a pace that’s quick enough without taking too many risks. Porlock can catch out the unwary so that needs some respect. But I do have a bit of experience down there so we just need to keep a cool head and make sure we are at the top of the standings after the event.”