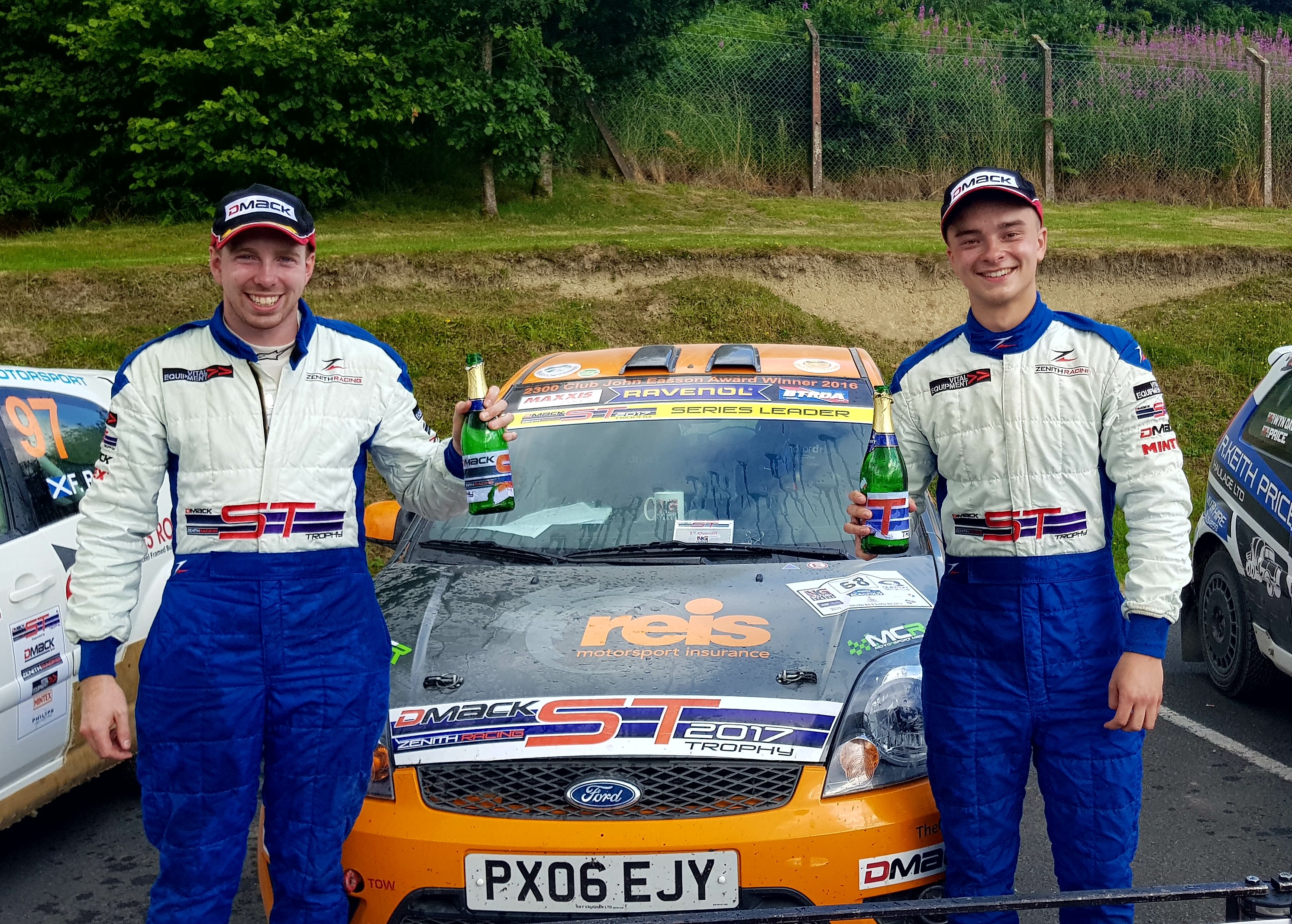 Bilham and co-driver Cameron Fair needed only a podium result on the event but took yet another victory, his fifth this season, to seal the championship with two rounds to go. Bilham has dominated the series this season, maintaining an unbeaten record on each one of the five rounds he has contested. Bilham will now receive an exciting prize drive which is due to be announced by the championship organisers in the coming days.

Since he started in the sport, Bilham has followed a progressive career path which saw him tackle the inaugural Fiesta ST Trophy in 2016. He narrowly missed out on the title, after leading for much of the season, but won the prestigious John Easson Award which handed him the opportunity to contest the championship again in 2017.

Bilham returned this year hoping to go one better and take the title. He achieved his goal, winning each one of the rounds to become unbeatable as we head into its summer break.

The Nicky Grist Stages offered 44 miles of all-gravel action in classic Welsh forests surrounding the Epynt Military Ranges. A podium spot would be enough and taking no risks, opened proceedings with second Fiesta runner through the first two stages.

However, drama struck on the third test when the gear selector fell apart, leaving him with only fourth gear mid-way through the stage. Bilham managed to nurse the car through the remainder of the test, as well as the next one, before repairs could be made. Despite losing a chunk of time, Bilham found himself in front after the retirement of rival Alasdair Currie.

There he would stay for the remaining four stages to cross the finish of the final test as 2017 Fiesta ST Trophy champion and securing the BTRDA N3 title to boot.

“It’s a fantastic feeling to have finally won the championship after last year’s close call,” said Bilham. “On paper, it looks like we had it all our own way this year but the competition has been really tough out there and the pace has been incredible at times. I learnt a lot from last season and we played the long game, pushing only when we needed to and backing off when we didn’t. The car has been perfect too thanks to the efforts of the team who have been great, as has Cameron. It’s great to have him alongside me and share the win with”.

Bilham is also excited for the future. “It’s always hard to progress in the sport and budget is the biggest obstacle with that,” he says. “We understand the prize drive for winning is a pretty impressive one so hopefully we can put that to good use. I’m overjoyed to win this title and reward all our backers for putting their faith in me. It’s been a great year”.

In the other categories of the Ravenol BTRDA Rally Series, Bilham now moves into second place of the Silver Star Championship, third in the Production Cup and heads the Junior Driver Award.