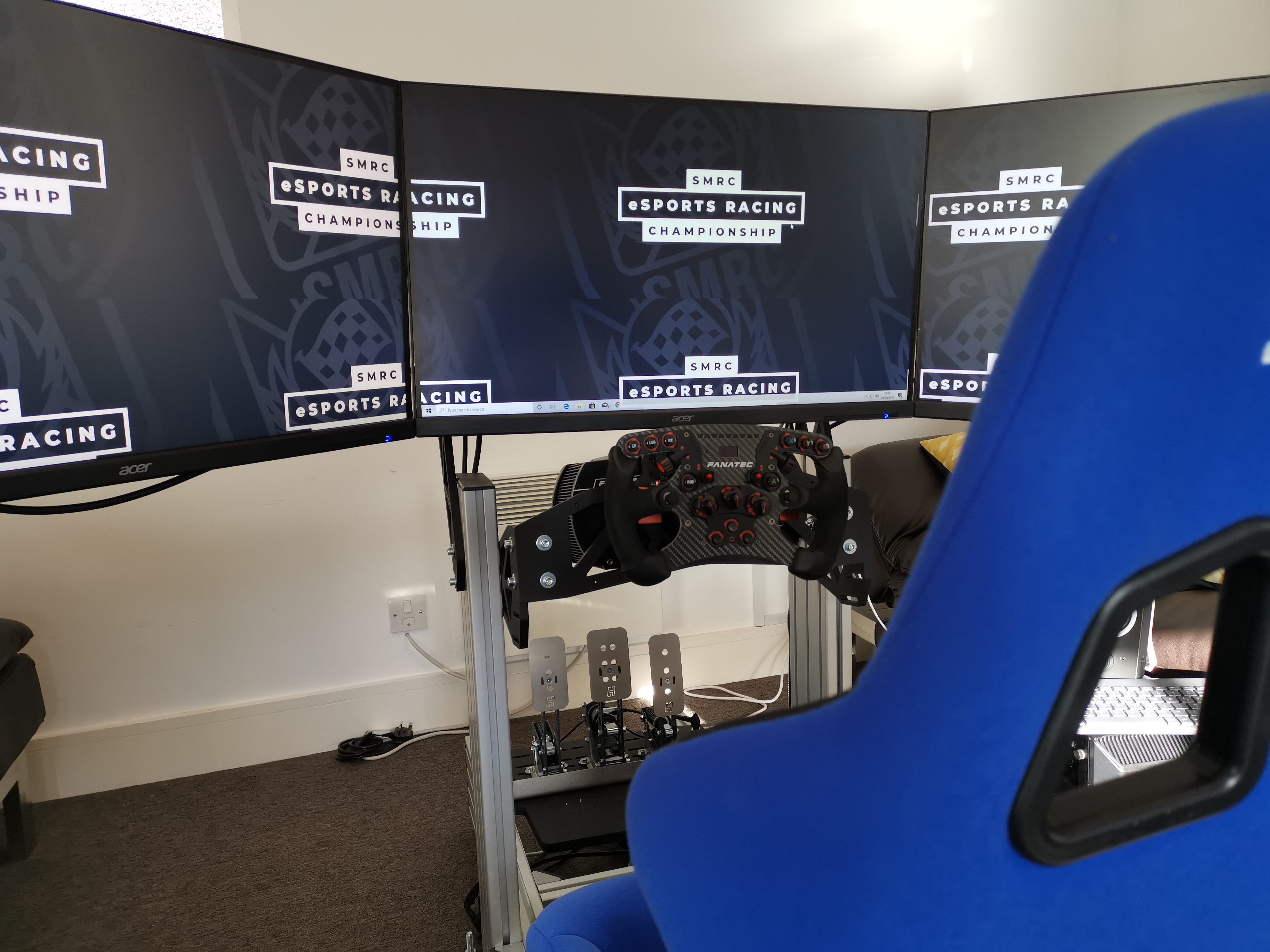 Knockhill Racing Circuit will play host to the semi-final of the inaugural SMRC esports racing Championship, this coming Saturday, 2nd November. 12 participants will battle it out for the all-important slots in the Final and the chance to win a drive in the opening round of the 2020 Scottish Legends Championship.

The virtual to reality contest, has so far seen participants compete against each other in solely online qualifying rounds; the drivers have raced in 4 SMRC organised iRacing events at Snetterton, Oulton Park, Silverstone and Brands Hatch.

Kevin Ellis has dominated these races with an impressive clean sweep of wins; he’s the only pro-rated iRacing driver in the competition so this was perhaps to be expected. Runner up was Ronald Grossman – of Germany – who took three podiums on route to 2nd in the points. Unfortunately Ronald will not be able to make the trip over for the semi-final, however. There were also strong performances from Jack Eyre and Peter Butcher, who bagged 3rd and 4th in the standings thanks to consistent points finishes and a couple of podiums. Elsewhere, we have wild card entries from Callum Kirkpatrick (in recognition for his efforts taking part with a keypad controller!) and late bloomer David Christie, who drove a couple of spirited races to bag some strong points in the latter rounds.

However, the semi-final will test the drivers far beyond their skills in the virtual world as the judges seek to evaluate which of the contestants have the potential to succeed in real motorsport. Drivers will go through an interview assessment to give judges an insight into their attitude and mindset. Their raw speed will also be evaluated on the Knockhill kart track and they will also go through an assessment on the new SMRC simulator to test their ability to adapt to new and changing situations.

The judges will select two drivers to go onto the final, which will take place in the form of a simulator race on stage at the annual SMRC awards dinner in Glasgow, on 23 November. The winner on the night will take the spoils and earn the prize drive in the Legend next year.

Congratulations to the following drivers have made it through to the semi final:

Reis Motorsport is a partner of the SMRC Esports Racing Championship, the virtual to reality contest that allows any player who proves his or her skill in the virtual world the chance to make their real-life motor racing debut. To find out more information about our Partners, please click here.