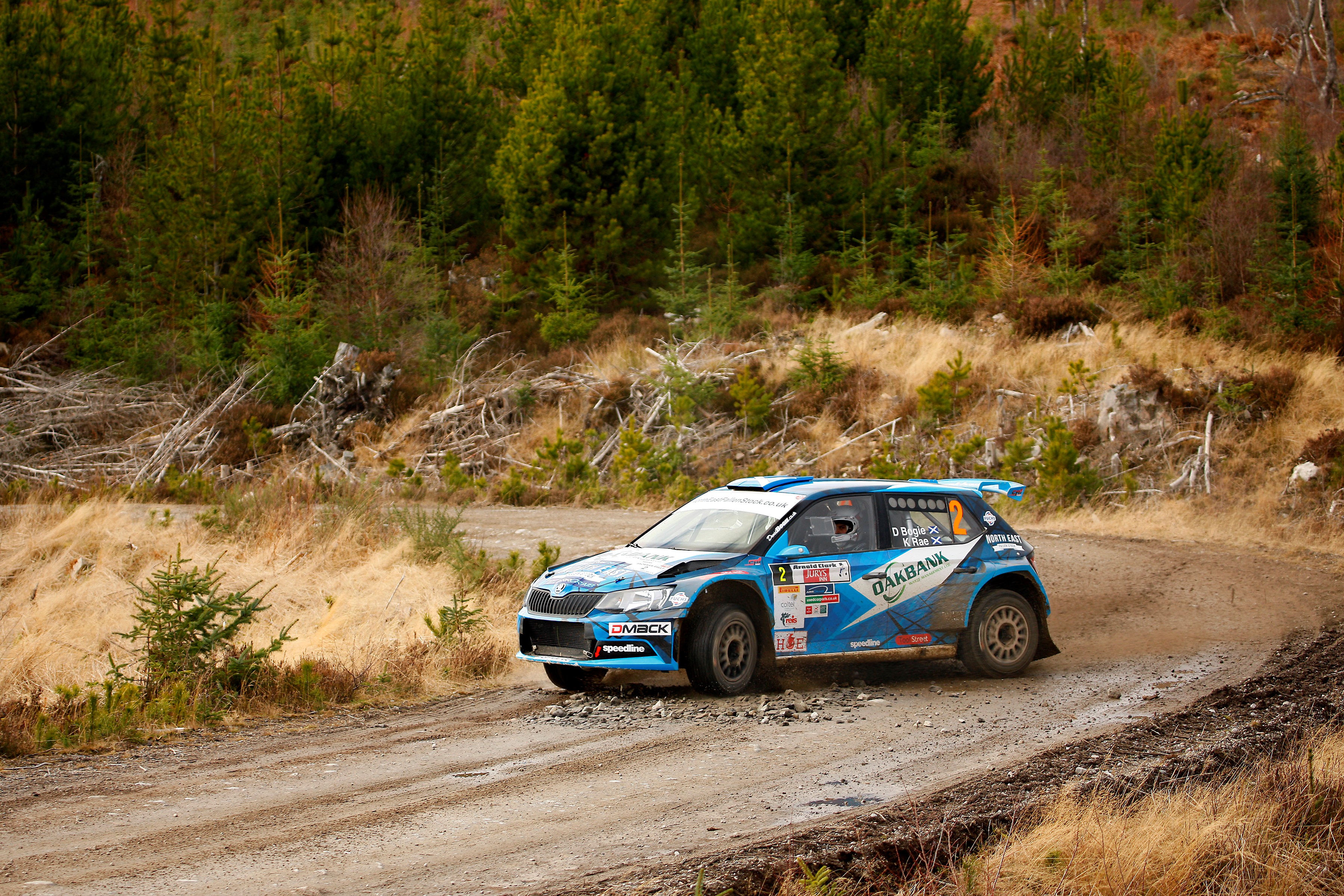 Scottish Rally Championship title battle is heating up, with the penultimate round of the series taking place on Saturday

The Scottish Rally Championship (SRC) has once again been a closely fought affair, with the battle expected to be between the two most recent champions: Euan Thorburn and Jock Armstrong.

Thorburn heads into the event in form, having stolen his second win of the season from the grasp of Armstrong at June’s Argyll Rally. The Ford Fiesta R5 pilot hasn’t been off the podium all season, and together with Paul Beaton is targeting a second SRC title. A win on the penultimate round of the championship would secure the Duns driver the first title for an R5 driver in the SRC.

Out to protect his own crown is Castle Douglas pilot Armstrong, with Paula Swinscoe calling the notes. The Subaru Impreza pairing have won the previous two Scottish Championship titles, but face their toughest challenge yet to make it a hat-trick of championships. Victory this weekend would keep the title battle alive into the season closing Galloway Hills Rally, where the defending champion would also have to win to become the 2017 title-holder.

It won’t all be about Thorburn and Armstrong however – Sinclair and Edwards take the start of the event determined to keep their own dwindling title hopes ignited, searching for a maiden win in their Subaru Imrpeza S14 WRC. Faulkner and Foy will be out for a good result after a disappointing spin on round five, the Evo IX duo have been acclimatising to their new machine, but have lost out on some results due to various issues.

Mark McCulloch and Michael Hendry have picked up their pace as the season has progressed, and Bruce McCombie and Michael Coutts return to SRC action for the first time since the Speyside Stages in “Kermit” the Lancer. Barry Groundwater also returns for just his second event this season in the Evo X.

MacDonald and Falconer return to SRC action in their Fiesta R5 after missing the Argyll Rally due to the clashing Ypres Rally, with five time SRC champion David Bogie also returning to the series in his Skoda Fabia R5.

Having competed on two rallies in two different cars this year, SRC event winner Quintin Milne makes it three different cars from three events as he brings a Subaru Impreza WRC and, not be outdone, Quintin’s brother Fred will also enter the event in a WRC Subaru, setting up a fascinating battle for sibling supremacy.

The SRC Challengers has been pulsating all year, with four different winners teeing up an incredibly close championship battle.

Simon Hay/Calum Jaffray and Michael Binnie/Claire Mole start the Grampian as joint championship leaders. Hay and Jaffray have been the class act for much of the year, finishing off the podium just once in Jedburgh and taking their first win of the year last time out in an ageing car.

Binnie and Mole have also been battling with an older specification Mitsubishi, but for round six have traded in their Evo V for John Wink’s Evo IX. Wilson is hoping to use his previous experience from fighting for the Challengers last year, as he looks to recapture his early season form, while Wink himself starts the event well in the title race, also with a new car.

Dougal Brown and Lewis Rochford hold a slender 15 point advantage over Mike Stuart and Sinclair Young in the Scottish 2WD Championship, but can’t afford another bad result having retired from the last round. The two Escort Mk2 drivers need to look out for Duncan MacDonald and Neil Ross who proved they are no slouches with an impressive win on the Argyll Rally in their Ford.

Angus Lawrie and Keith Riddick are expected to fight for front-wheel-drive honours, with the entry of reigning J100 Ecosse Champion Finlay Retson making his SRC debut in his Ford Fiesta ST with Tom Hynd alongside.

Andy Struthers, Max Redpath and Gina Walker all start the Grampian in with a shout of the SRC Juniors Championship. The category has witnessed no repeat winners this year, with 17 year old Retson in with a chance of extending that run.

The www.usedcarparts.co.uk Subaru Cup is a close affair, with Colin Baxter leading Michael Robertson by a single point with two rounds left. John McIlwraith, Geoff Goudie and the returning Donald Brooker will be taking the fight to the leading two in Aberdeenshire.

The SRC John Horton Star Driver Award has prompted plenty of drivers to up their game in 2017, with Thomas Gray, Greg McKnight, Michael Binnie, Mike Stuart and Alex Pirie each receiving a nomination across the five rounds. The nominees are entered into a shoot-out later in the year for the chance to compete on a top European event for free.

The event is based in the cultural village of Milton of Crathes, with the first car leaving the grounds of the beautiful Crathes Castle at 9am. From there the crews head into the surrounding forests for over 40 miles of competitive action.

The 2017 ARR Craib MSA Scottish Rally Championship is partnered by Pirelli Motorsport, Coltel Communications and Reis Motorsport Insurance. The championship consists of seven forest events across the whole of Scotland, taking in over 300 competitive stage miles.