The highs and lows of motorsport for Halfords Racing with Cataclean 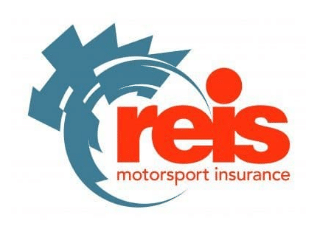 Thruxton promised so much, following the team’s history at the circuit, but

Free practice on Saturday started well with Flash topping the times, but it was Dan Rowbottom who finished P1 in qualifying and gained his second pole position of the season.

Dan got a great start in Race 1 but got ran out wide exiting turn 2 Cobb and this pushed him back into the pack. Both drivers struggled to generate front end grip and fought valiantly but ended up with Dan finishing in 6th place and Flash in 13th place.

Disaster struck in Race 2 with both cars suffering technical issues and having to withdraw from the race.

Race 3 finished in the first corner for Flash after contact with Jade Edwards damaged the car beyond repair. Dan fought from the back of the grid to finish in a very credible 14th position.

Gordon Shedden commented “It was always going to be a difficult weekend for me following qualifying, I unfortunately had a wee excursion out the back on my fastest lap and that ended my challenge. Race 1 I struggled to make progress and then Race 2 a technical issue ended my race before it started. The third race was just a closing of the gap into turn one which unfortunately caused contact with Jade and again ended my race early. But onwards and upwards now to Croft and get my points tally back on track.”

Daniel Rowbottom concluded “What can I say! A frustrating weekend for me after a mega qualifying. Race 1 I just got run out a bit wide at the start in turn 2 and that pushed me back into the pack, then I just got caught in the train and that was it then I couldn’t make further progress. Race 2 I had an electrical gremlin on the start that switched all the electrics off! I reset it but had no power, so then had to pit to get it repaired and that was race over. Race 3 I drove as hard as I could, but it is so difficult to overtake here, but I managed to claim a couple of all important points by finishing 14th”.

The team now go to Croft in three weeks’ time.