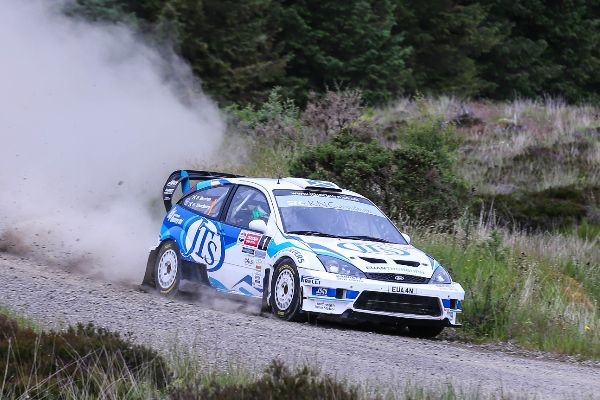 Thorburn’s winning margin of 1m02s belied the fierce battle between him and Pearson that raged on throughout the event, as Bruce McCombie and Michael Coutts sealed their first podium of the season in their Ford Focus WRC.

Based in Dunoon, the Argyll Rally took the SRC contingent West to tackle some infamous forests tests such as Glenbranter, Coire Ealt and Bishops Glen; with eight speed tests comprised the 42-mile event.

Pearson and Bowen headed to Argyll determined to stop Thorburn and Beaton’s irresistible form, but remarkably the pair drew their Ford Fiesta R5 level with Thorburn’s Ford Focus WRC05 in the opening test.

The gap would widen on stage two however when Thorburn punctured, affording Pearson to make a break for it and establish a 20 second lead as the crews returned to Dunoon Stadium for the first of three services.

But Thorburn wasn’t about to roll over. Keen to make up ground, Thorburn blasted through stage four a full 14 seconds faster than Pearson, before nibbling another four seconds out of his rival in stage five to trail by just two seconds overall.

The simmering battle would be defused on the next test, as Pearson picked up a puncture of his own on stage six, relinquishing 56 seconds to Thorburn with a small spin compounding his woes.

With two stages remaining, neither driver elected to push, giving Thorburn his third win from four SRC rounds this season that sets him up nicely for a third Scottish Championship crown.

“The stages were awesome,” Thorburn said.

“We struggled to get the tyres to work in the morning, we were on a K6 which is a slightly narrower compound compared to what Garry was on, so we lost out in the morning but knew when the grip was good we could have a good push, and that worked out well.

“I made a mistake on the last one so wanted to make up for it today, but we’ve got another win to go before we can get the title so we are looking forward to that one now.” 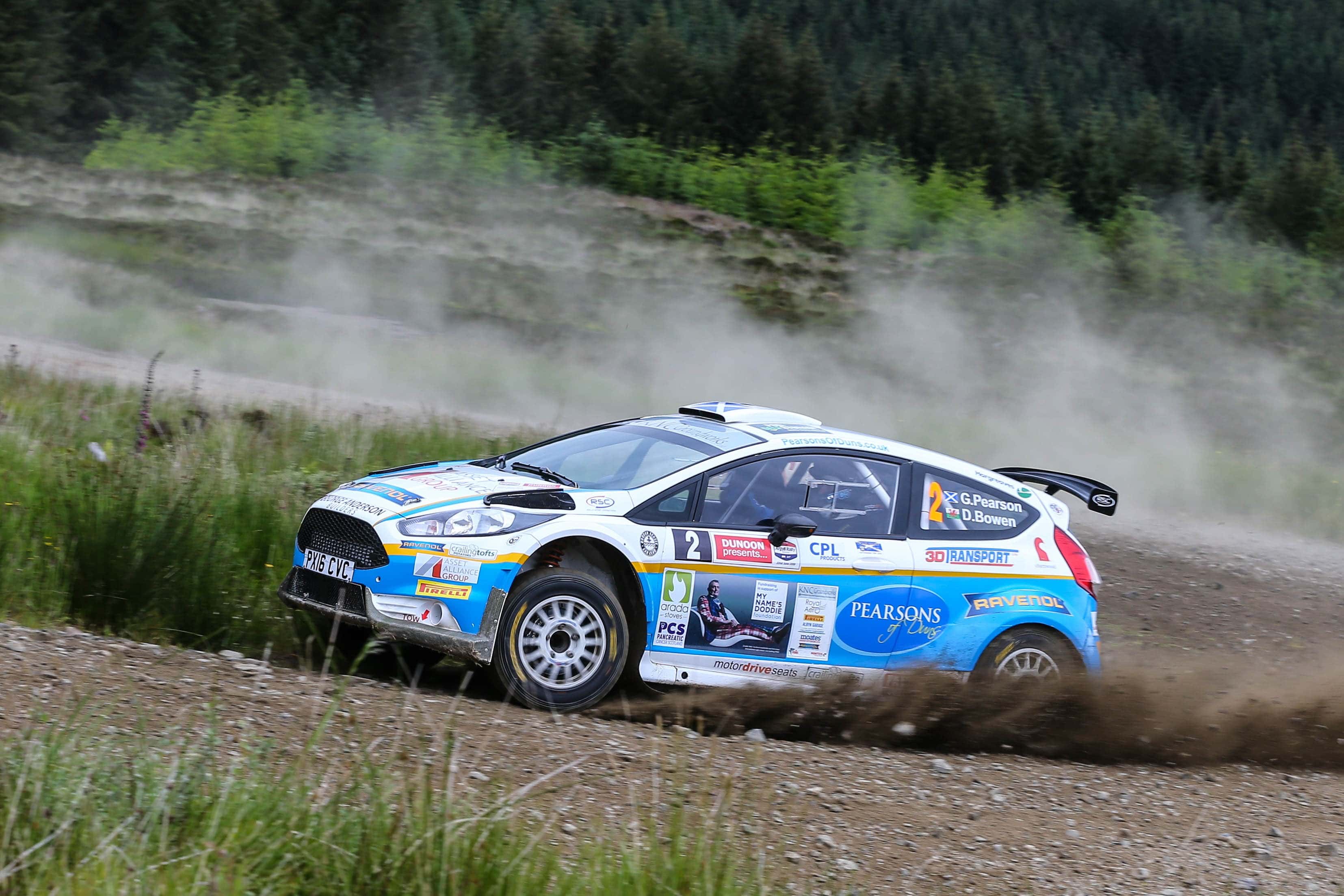 Pearson was philosophical about his day, but admitted he has to get the better of his fellow Duns driver on the Grampian Forest Rally to stand any chance of achieving his target of becoming SRC champion.

“It’s more points on the board for us, but ideally we’d have liked to have come away with first today,” Pearson reflected.

“The puncture was the root of our problem. We tried not to lose too much time but it was evident with a couple miles to go that that wasn’t going to be the case. These things happen.

“The tighter, technical stages we had very good pace on but we lost out on the faster stage, and Euan was going at a fair pace as always so sometimes you have to admit defeat.

“However we are going to keep putting the pressure on, starting with the Grampian. Euan has still got to finish at least one more round, but we are going to go for the win.”

McCombie and Coutts finished third in Argyll 12 months ago, but after the opening test that result wasn’t looking likely to repeat itself this year.

The duo have struggled with stalls off the line in their Focus WRC and suffered another couple in the morning in Argyll. Electing to just drive the car off the line thereafter, the Banchory driver avoided any trouble to seal a comfortable third place.

“It’s our first podium in a year,” said a delighted McCombie.

“It was a good day, but if we can just get this launch sorted out that would be great, we are losing a stack of time.

“There was a small issue with the engine fan, but they were proper driver’s stages today so it was good fun.

“We’re going to push on in the next one!” 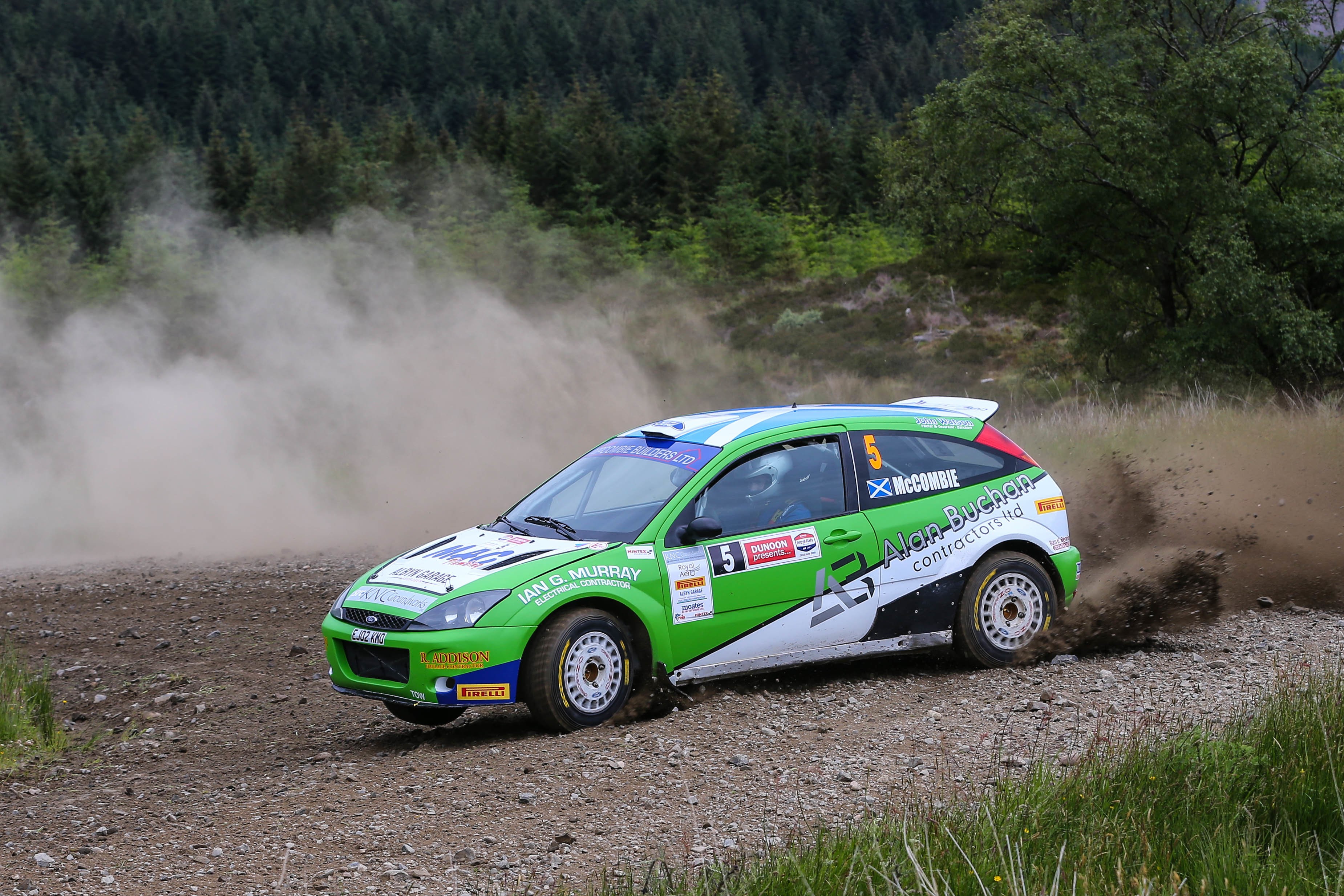 Binnie and co-driver Claire Mole broke a driveshaft in the morning that curtailed any hopes of reaching the podium, but the Mitsubishi Evo IX pairing survived that and a broken front cross member to end the day 20 seconds ahead of Gray and Harry Marchbank.

Gray was a man inspired in Argyll as he sought to take the battle to the more experienced Binnie up ahead of him. Fifth marks his best ever SRC result as he overcame a fuel pump issue, nicking the position by a slender eight seconds over Wink and Neil Shanks’ Hyundai i20 R5 that suffered two punctures throughout the afternoon.

Alan Dickson and Martin Forrest put in a measured performance to steer their Mitsubishi Evo IX home in seventh place, 36 seconds ahead of Iain Wilson and Chris Williams who nudged their Ford Escort Mk2 well inside the top 10 positions.

Mark McCulloch and Michael Hendry finished ninth on their first ever run in an ex-Mike Stuart Ford Escort Mk2, sealing the spot by a single second over Ian Baumgart and Sinclair Young’s Subaru Impreza.

The battle for the Scottish 2WD Championship was intense. Wilson’s alternator had lost charge in the morning which resulted in a loss of 25 seconds, but an almighty push in the afternoon saw him claim the win by 20 seconds over McCulloch.

Irish crew Paul McErlean and Niall McKenna were third in another Ford Escort Mk2, edging out Duncan MacDonald by one second and Gordon Murray by just six.

The Albyn Garage SRC Challengers, for drivers with no more than one top 10 finish in the last decade, was won by Gray and Marchbank in their Evo IX. They beat the sister car of Dickson and Forrest, with Baumgart and Young completing the category podium.

The SRC now takes a seven week break before resuming in Aberdeenshire for the Grampian Forest Rally on Saturday 10th August. 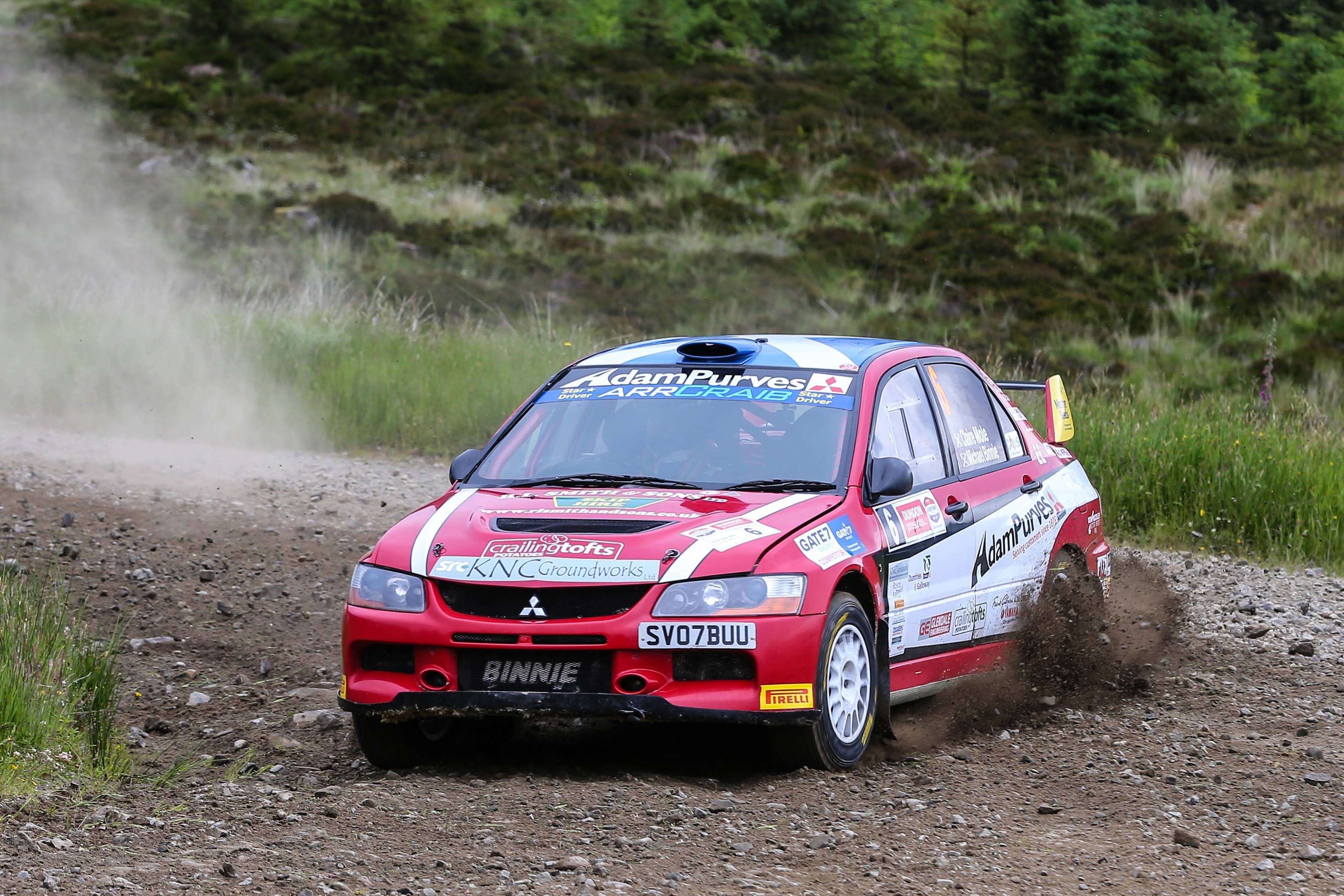