What are the car modification laws in the UK? 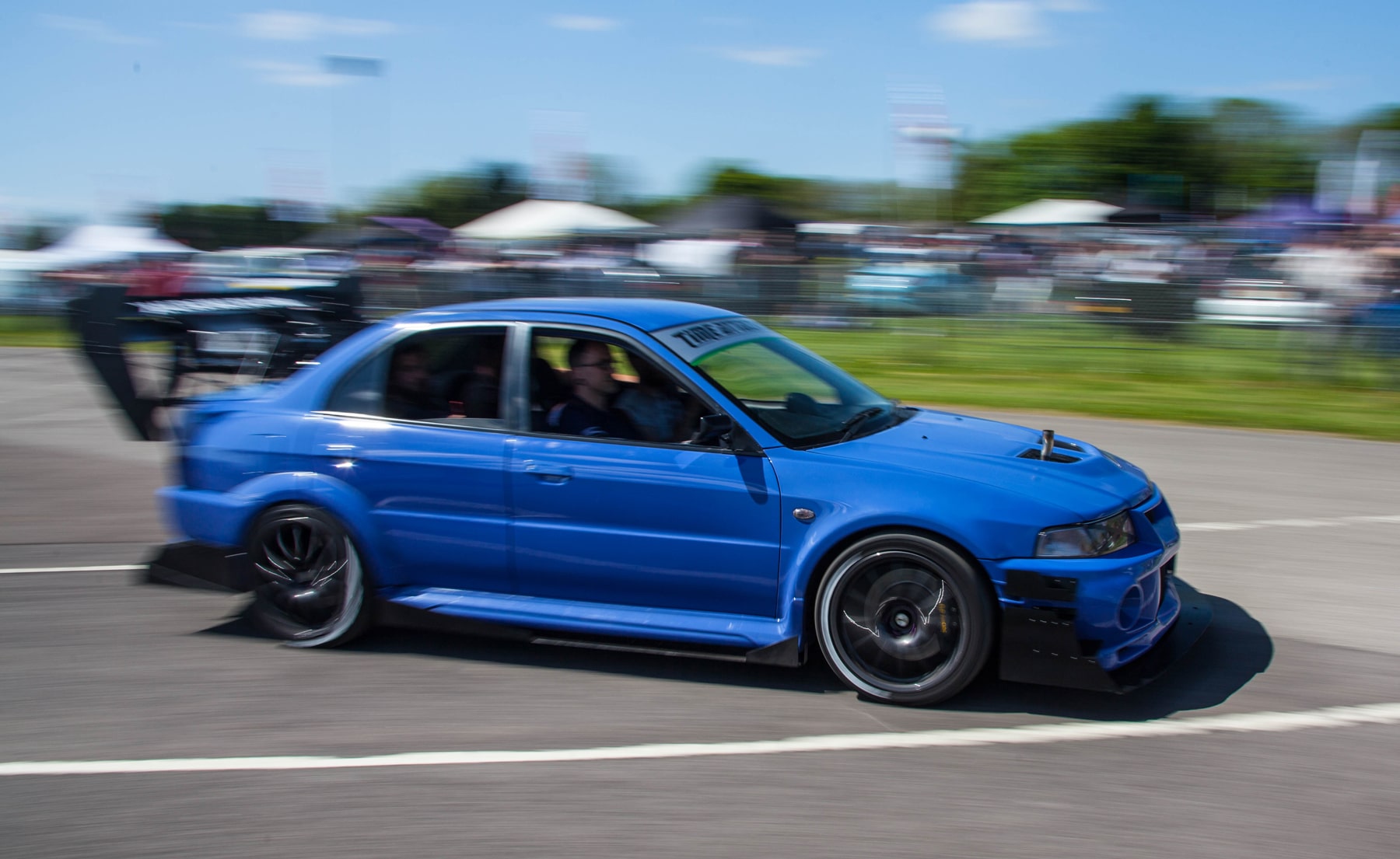 Increasing horsepower, tinting windows, alloys, spoilers, exhausts, engine chrome covers, interior mods, bodywork. These are some of the most common and popular modifications people can make to their cars. That being said, car modifications can be tricky territory, especially when it comes to modified car insurance. So, if you’re thinking about having your car modified, there are some critical points you need to take into account before you make any changes to your vehicle.

This article will cover everything you need to know so we advise that you read through it carefully. As mentioned previously, modifications can be complex. You may run into difficulty if you start making changes to your vehicle without having the correct information to hand.

We’ll help you understand what car modification really is, as well as the more technical side of making specific amendments to your vehicle. We’ll also highlight which modifications are illegal as there are a number of changes which you are not allowed to make to a car in the UK. The fines and charges will change depending on each model, so it’s important that you understand what risks are involved.

This guide will also help if you are ever looking to buy a second-hand car with modifications.  Illegal changes are sometimes made to second-hand vehicles, so knowing what to look out for is in your best interest. We’ll also cover which mods (short for modifications) are allowed and how they could increase the value of your car if you are looking to make some extra cash.

Making changes to your car is not easy, so knowing how to do it properly is of high importance. Finally, the impact of modifying your car on your insurance coverage may be significant, so we will talk about the difference between standard car insurance and modified car insurance, too.

What qualifies as modification?

A car modification isn’t a car repair, as a car repair consists of replacing a part with an identical one or fixing the existing part.

A modification is something which alters the appearance or performance of your car beyond how the car was manufactured originally.

The modification market is huge as there are thousands of people who create bespoke parts and thousands more who fit them to their cars.

What modifications push up insurance?

A huge variety of modifications can be made to a car and they will all have some kind of impact on the insurance of a car.

To help you understand the full scale of modifications, here is a list of the ones which have the biggest impact on insurance.

There are many more changes you could make to your car but these are some of the most popular.  Many of these will increase the price of car insurance if you have them made.

Even though you may think that changing something small, like adding a new audio system, won’t impact your car insurance, you would be wrong.

Essentially, any change that you make on your car which alters the vehicle from its original state as specified by the manufacturer, is classified as a car modification.

What car modifications are illegal and which ones are legal in the UK?

Due to the fact that cars have to be safe to drive and safe to be on the road, there are a number of modifications which are illegal in the UK.

If you are caught with certain alterations to your car you could be charged with an offence and receive a hefty fine.

That is why you need to avoid having any of the following modifications made to your car.

Neon lights are legal in some ways and illegal in others, which means that you have to pay close attention to this section if you are thinking of having them fitted.

Even though you are allowed to have neon lights fitted to the bottom of your car, you still have to ensure that they are out of sight and that it is only the glow of the light which can be seen.

If the tube is exposed anywhere, you will be breaking the law, so it is probably best to avoid neon lights as the tube can easily become loose and you’ll have to pay up if you get caught.

You also need to be able to switch the lights off with an independent switch, otherwise, the neon will not be legal.

Just like neon lights, window tinting is legal in some cases but against the rules in others.

The main contributory factor to decide whether tinted windows are legal or not, is their darkness.

The reason that windows can’t be too dark is because a driver won’t be able to see out of the rear or side windows properly while on the road.

The police have special equipment to check how much light passes through a window if it’s tinted and if there’s too little, you will be in trouble.

If you’re caught you will be told that you cannot drive the car again until the tinted windows are removed while you may also receive a court summons or penalty notice.

It’s also worth noting that some car insurers will turn you down if you have tinted windows or neon lights.

The policy covers a range of other modifications, so make sure to check it out after reading the rest of this article.

Once more, there are thousands of people around the UK who take an enormous amount of joy from tuning their engines and installing new parts in order to improve the performance of their vehicle.

A car manufacturer may fit reliable parts into the cars that they sell, but that does not mean that they are the ones which will perform best.

For example, if you owned a suitable car and you wanted the best brake pads and discs, you may want to go out and have a set of Brembo parts fitted as they are considered to be the best on the market.

This is perfectly legal and it is something which many mechanics do after the request of a driver.

This goes for many of the key components in a car as there are specialist part manufacturers out there who build parts to specifically improve the performance of an engine or an area of a car.

However, there are some engine modifications which are not allowed to be made.

One of the most common modifications drivers are making, is the removal of the catalytic converter, which is part of the exhaust system.

The catalytic converter is an incredibly important part and it is also worth a huge amount of money.

The part is responsible for blocking dangerous particles from leaving the exhaust of the car and into the air as they are extremely dangerous to breathe in.

Due to the fact that replacing the part is so expensive, it has been reported that some drivers who have needed to pay for a new part, have simply worked with a mechanic to remove it and create a block free path from the engine to the exhaust.

This is a key modification which is illegal so do not take up a mechanics offer if it’s ever made.

Tuning the ECU, which is the onboard computer installed on your car, is, in fact, legal and this is one of the most popular modifications people make to improve the performance of their cars.

The ECU is responsible for measuring the performance of the car and making adjustments based on the driving conditions and measurements it makes. However, the ECU can be tweaked to push more air and more fuel into the engine so that a car has better acceleration.

Once more, this is something which you should only do if you are a professional and you know how this will impact on your driving.

These are standard modifications you can make and be well within your right legally, however, there are engine modifications which are prohibited.

This is one example of the type of car modifications which will push up the insurance on your vehicle.

Nitrous oxide is one of the most dangerous car modifications you can make, which is why it is illegal in the UK.

Nitrous oxide is a liquid which can be injected into the fuel tank of a car to increase the rate of combustion, which in turn increases the acceleration of a car.

This modification may increase the horsepower of your car, but it is not worth the risk of getting into a major accident or given a court order for.

This is an extremely unwise modification to make as it is possible for a car to explode as a result, so this is one modification we won’t be giving you insurance for.

Do you have to declare a modification?

No matter how small the modification is, you should always notify your insurance provider.  Even though many will increase the cost, some may actually reduce it.

The most important thing to remember before you make any kind of modification on your car, is to check the legality of the change and always go to a professional if you are going to go ahead with it.

Secondly, you need to ensure you have the correct modified car insurance, as you will not be covered if you fail to tell your provider and something happens on the road.

Not only will you be left with a bill to repair the car, which could be in the thousands, you will also be at risk of being injured and not getting any compensation for you or your family.

That is why it is so important for you to have the correct insurance policy if you’re making modifications on your car.

Here at Reis, we created the perfect cover for modifications, one that has been designed to include payouts on cars which have been modified.

Remember, if you have any more questions about insuring a car with modifications, you can get in touch with our team.

Or, if you would like a quote right now, all you have to do is give us some details and we will be able to provide you with a bespoke quote based on the type of modification you have.

The type of modification will have an impact on your quote just like the age of a car, the age of a driver or the number of claims a person has will affect it.

That’s why it is much better to get a quote before you make a modification, as the cost may be different from what you expect.

If you’re looking for a competitive quote on modified car insurance, talk to the team at Reis today.