What’s the best performance car for the money?

When looking for a sports car to take to the track, you want to make sure that its performance matches its price tag.

Whatever your budget, we’ll help you find a performance car that ticks all the boxes: top speed, handling, grip and, of course, good looks.

We’ll also guide you on what type of high-performance car insurance you’ll need, so that you can take your new purchase to the track or specialist shows, safe in the knowledge that you’ll be covered.

Here are six of the best performance cars (according to the experts) that you can buy right now:

We’re still waiting on a price for the new track-ready Nismo GT-R, but the old model was priced at around the £150,000 when first released, so we’re hoping for a similar price point.

Nissan have made sure that people wondering if new Nismo is a significant upgrade on the previous model are left in little doubt.

The new Nismo comes packed with a pair of turbochargers effectively borrowed from the GT-R GT3 race car, promising a quicker response time.

In fact, everything is a bit quicker and smoother.

The six-speed DCT gearbox has been re-programmed to give quicker shifts and the suspension updated to deliver a smoother ride and more stability in the corners.

Although some of the gains might seem marginal – like the new, slicker Dunlop tyres with an 11% bigger contact patch – when all put together, the difference in performance compared to the old model is sizeable.

Mercedes-AMG isn’t messing about with the GT R. It claims it has never “packed so much motorsport technology into a production vehicle” – that comes from the team that has played a key role in the Mercedes Formula 1 effort and which has had more success in German DTM than anybody else.

Don’t just think the GT R is all speed, though – the car has been rigorously tested at the Nurburgring to ensure that when it hits the track, it will feel like it’s been made for it (which it has).

Toyota has collaborated with BMW in the development of the A90-generation Supra.

You could say that the brains of two of the best sports car manufacturer’s are better than one.

A big part of the reason behind the partnership was to ensure that the Supra retained its in-line six-cylinder engine.

With the help of BMW’s expertise, a turbocharged 3.0-litre unit sends 335bhp and 500Nm of torque to the rear wheels. 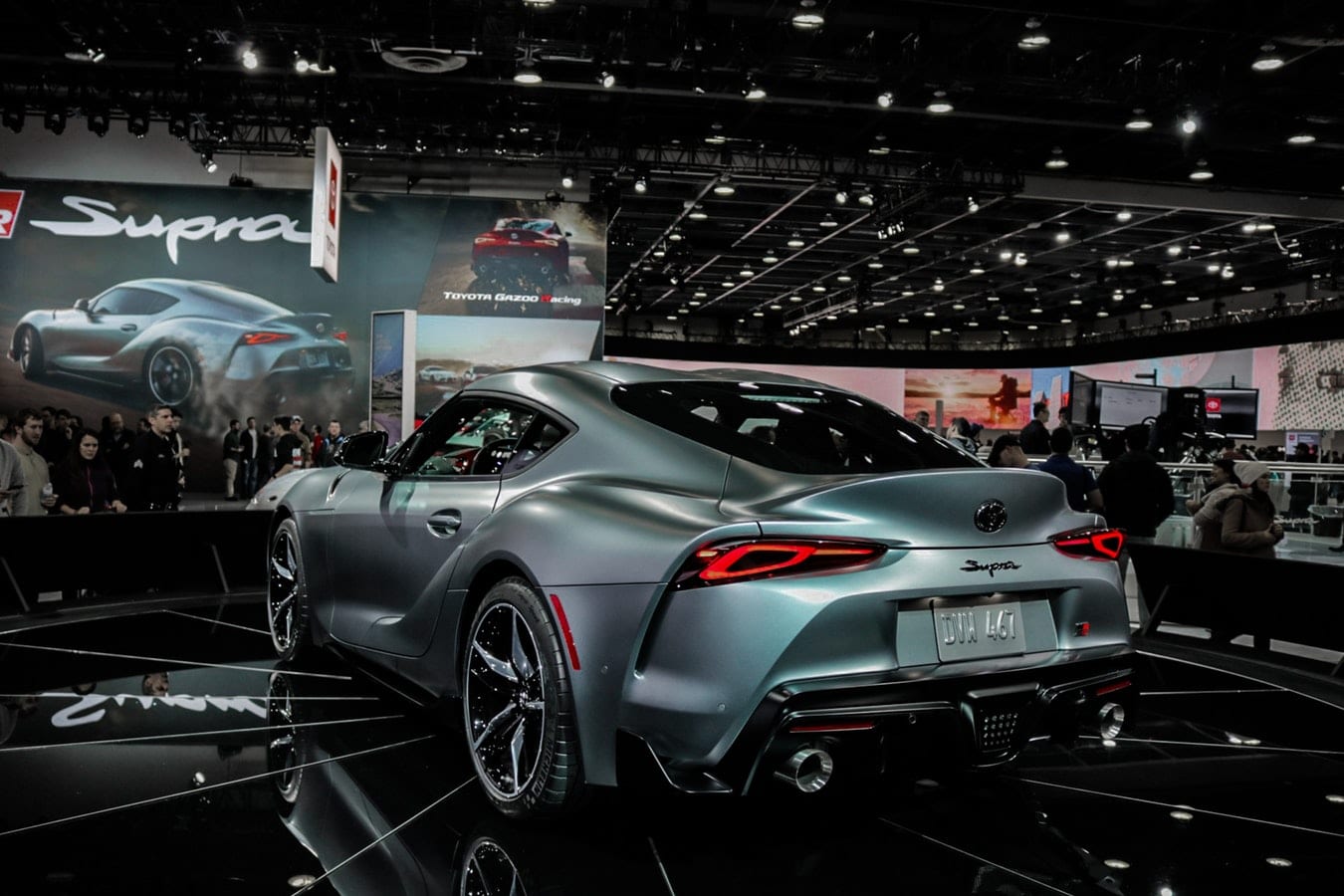 If you’re unfamiliar with the BMW Collection range, it’s essentially about taking an existing M-car, adding a bit more power and sharpening the driving experience.

That might sound a little reductive, but it’s not meant to, because the BMW M5 Competition offers the best of both worlds: a great drive on the track and a Comfort mode that means you can just as easily take it to the shops.

In terms of performance, Evo calls the M5 Competition “gobsmacking”, thanks to its tenacious grip and amazing agility.

The engine isn’t too shabby either – a twin-turbocharged 4.4-litre V8 produces some 616bhp of power, which equates to a top speed of 190mph.

The Alpine A110 picks up our unofficial ‘overall best performance car for the money’ award, coming in at £46,645. We’re not the only ones a bit taken with it – Top Gear called it “terrific” and a “genuine exponent of light weight”.

It’s light alright, weighing just 1,103kg, which is no mean feat for a sports car that needs to pack a punch.

This aluminium-built flying machine only has modest power, but that means it doesn’t need “super wide tyres or big, heavy brakes”, as Alpine’s technical leader puts it. That said, its 1.8-litre turbocharged four cylinder engine still pumps out 249bhp.

What’s more, the car’s slight mass makes it pretty efficient, too, with Renault claiming it does 46.3mpg and under 138g/km of CO2. In today’s climate, it doesn’t hurt to think of the environment when buying a supercar – if that’s possible!

Porsche is perhaps the car that the everyman aspires to have, and the Cayman is not a bad place to start.

On sale now for around £42,000, the Cayman looks a million dollars. It also delivers on performance, thanks, in part, to near-perfect weight distribution – 46/54 front to rear – which gives the Cayman a handling balance that its rivals simply cannot match.

If you’re sat there thinking that the Porsche 718 Cayman sits in the shadow of the firm’s iconic 911, then you couldn’t be further from the truth.

It’s every bit as fantastic to drive and has a similarly impressive interior, even if its four-cylinder engine doesn’t give as much pleasure as the 911’s six-cylinder one does.

Once you’ve found the car that matches performance with price, it’s time to source some high-performance car insurance that also ticks all the boxes.

Reis’ policies also provide cover for six track days – if you’re planning to do more than that, you should think about getting some specific track day insurance.

So what are you waiting for? Get your no-obligation quote for high-performance car insurance from Reis today.